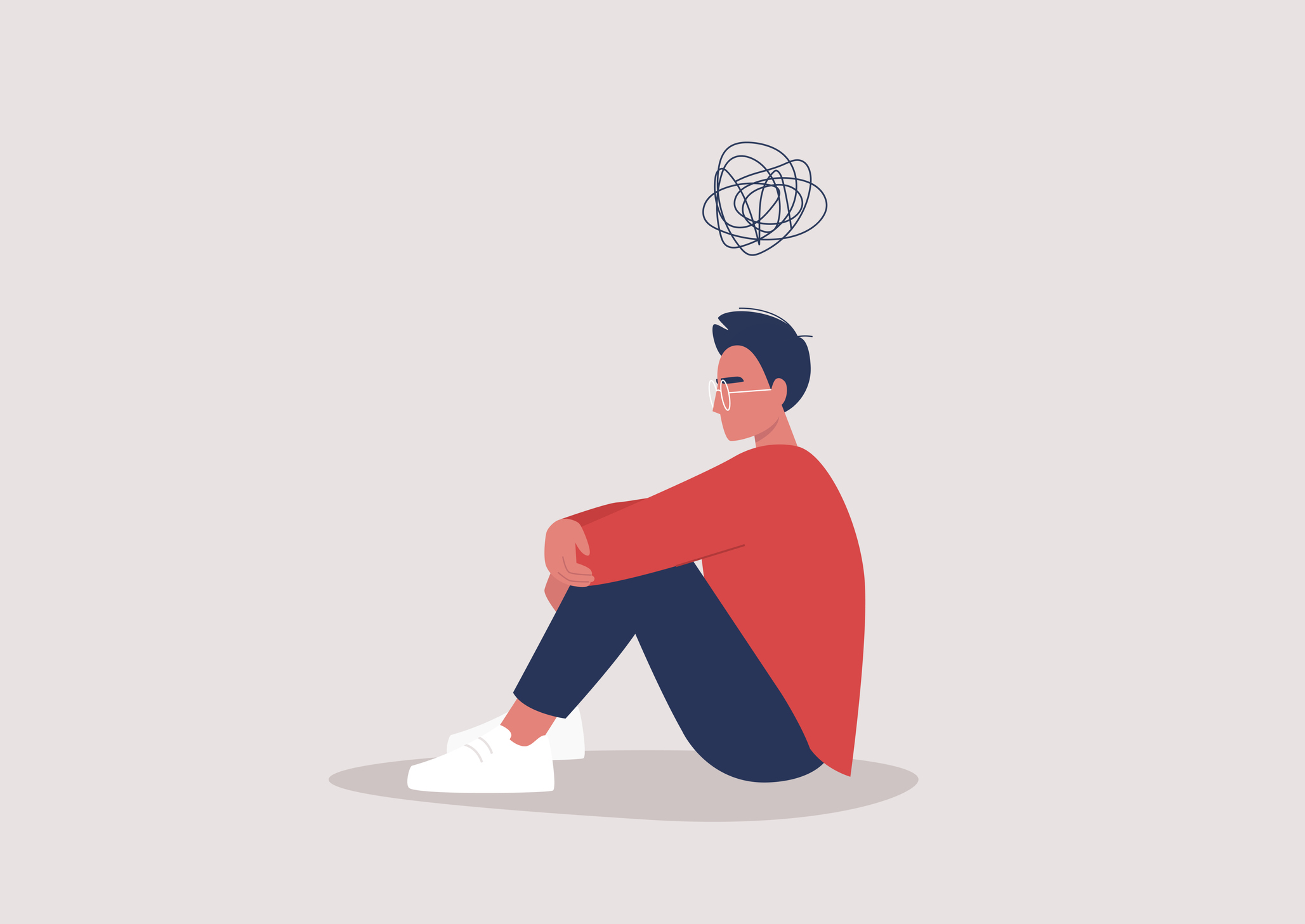 It’s hard to feel optimistic about the world right now.

Looking on at Afghanistan and Haiti, the looming climate crisis, the pandemic – coupled with any personal life pressures, things can seem bleak.

It’s understandable to feel overwhelmed, outraged, and devastated all at once.

Sometimes it can get too much, we can find ourselves sucked into the news cycle and watching helplessly as atrocities happen at a distance.

We know to donate, educate ourselves, sign petitions and campaign, but emotionally – how can we help ourselves when things tip into overwhelm?

Tage Zeineldin, 50, senior disaster management advisory for the Swedish Red Cross, has worked in high-pressure environments for much of his career, having travelled and relocated across the world.

He tells Metro.co.uk that stress and overwhelm can affect both him and his colleagues when working in these situations.

‘Covid has been an eye-opener for us all,’ he says, ‘of how vulnerable our system is, but generally I think how disasters come in different shapes – it could be big things that affect the whole world, but can also be smaller localised things.’

Tage believes we forget how close disaster can potentially be to us all, saying we’re ‘privileged in one way, but vulnerable to shocks from the system’ because we rely on more now than we did in previous generations.

‘It makes me think much more about the things I look for granted,’ he shares, and now doesn’t idealise how things operate in his home country – now he always ‘rethinks’ what he’s used to.

‘You start thinking about your own system and things you’re used to and put them in some other light or context.’

This is something we can learn from Tage, both in our own personal disasters and ones that span wider.

‘For me, these moments include: the 75-year old woman living in extreme poverty and without any social support alone with her 50-year old multi-disabled son in a shed-like house in the Dalmatian hinterland, just an hours bus-ride from the beautiful Croatian seaside towns.

‘A woman in Darfur desperately stopping our car begging us to help her in her search for her daughter taken when armed men attacked their village.

‘She was now far from home looking for the child after she had heard a rumour that her daughter had been seen as a slave with a group of people.

‘The small girls in Afghanistan with  the same abilities and potential as kids in other places, destined to be “sold” as servants and/or child-brides because of the poverty of their families.’

These are situations that have stayed with him, though he says there are positive memories that stick out too, like ‘seeing happy people returning to their homes after times as refugees’.

After years of experience, he has a ‘thicker skin’ and says ‘there can be a culture of being tough, but what affects us is not completely predictable’ – he’s seen some people go through emotional upheaval after the fact.

These instances for example stayed with him in a way he didn’t expect, and they drive him to keep doing the work he does.

Tage says it’s important we’re aware of what’s going on around us – for example, localised flooding in parts of the UK might not be a national scale problem, but it can devastate the lives of those affected.

Tage admits he has in the past ‘really needed to change the environment’ in which he’s working, due to pressure.

‘I was getting short-tempered and angry. The kidnapping – and execution – of a few former colleagues have made impressions on me, and caused reflection, after situations I have myself been in,’ he says.

These life experiences for Tage are beyond what many of us will personally face, but we will hear about them on the news and social media.

His own recognition of when things need to change has helped him sustain his work and switch off when necessary – these are coping strategies we can all use in times of disaster.

Dr Audrey Tang, chartered psychologist and author, tells us: ‘Unfortunately it is negative news that grabs our attention because our brains are programmed to respond to negativity.

‘The brain has evolved to keep us safe – and that means it needs to be aware of anything that could potentially threaten our safety, or our loved ones.

‘We are therefore almost pre-disposed to seek out potential threat so that we can ascertain risk and respond.

‘Not only that but because the last 18 months has not been easy our vigilance has come to the fore and we have been residing within a heightened state of awareness of threat for an unusually long time.

‘Research on public health campaigns also reveals that overly frightening imagery results in our wanting to switch off, almost feeling to repelled to learn, and while many of us want to stay informed as well as respond where we can, it is helpful to know ways in which we can process difficult news, while still remaining able to act should we desire to.’

We shouldn’t numb ourselves to devastating news around us – being conscious and active is vital.

But, we also can’t be of much help to anyone when we’re overwhelmed.

Dr Tang says when dealing with anxiety it’s best to separate things into two categories: things you can influence and things outside of your control.

‘If there is nothing you can do, then mentally “pin it” if you want to remain aware of it, but distract your focus to doing something from what you can control.’

‘Use mediation techniques or deep breathing at a time of calm.

‘Research shows that monks (who meditate as a matter of daily practice) respond far faster and with more emotion to distressing news images, but they also return to their state of “equanimity” – that is, a state of calm where they can take action without anxiety clouding their judgement,’ she says.

We don’t know where the next disaster will strike as The Red Cross show, but we can influence how we react to it.

A moment of mindfulness

Dr Audrey Tang suggests doing the following when chaos around us feels too much – they won’t make it all go away, but they can help bring a moment of calm.

More than 18 million people in Afghanistan currently need humanitarian support – you can donate to The British Red Cross’ appeal here.