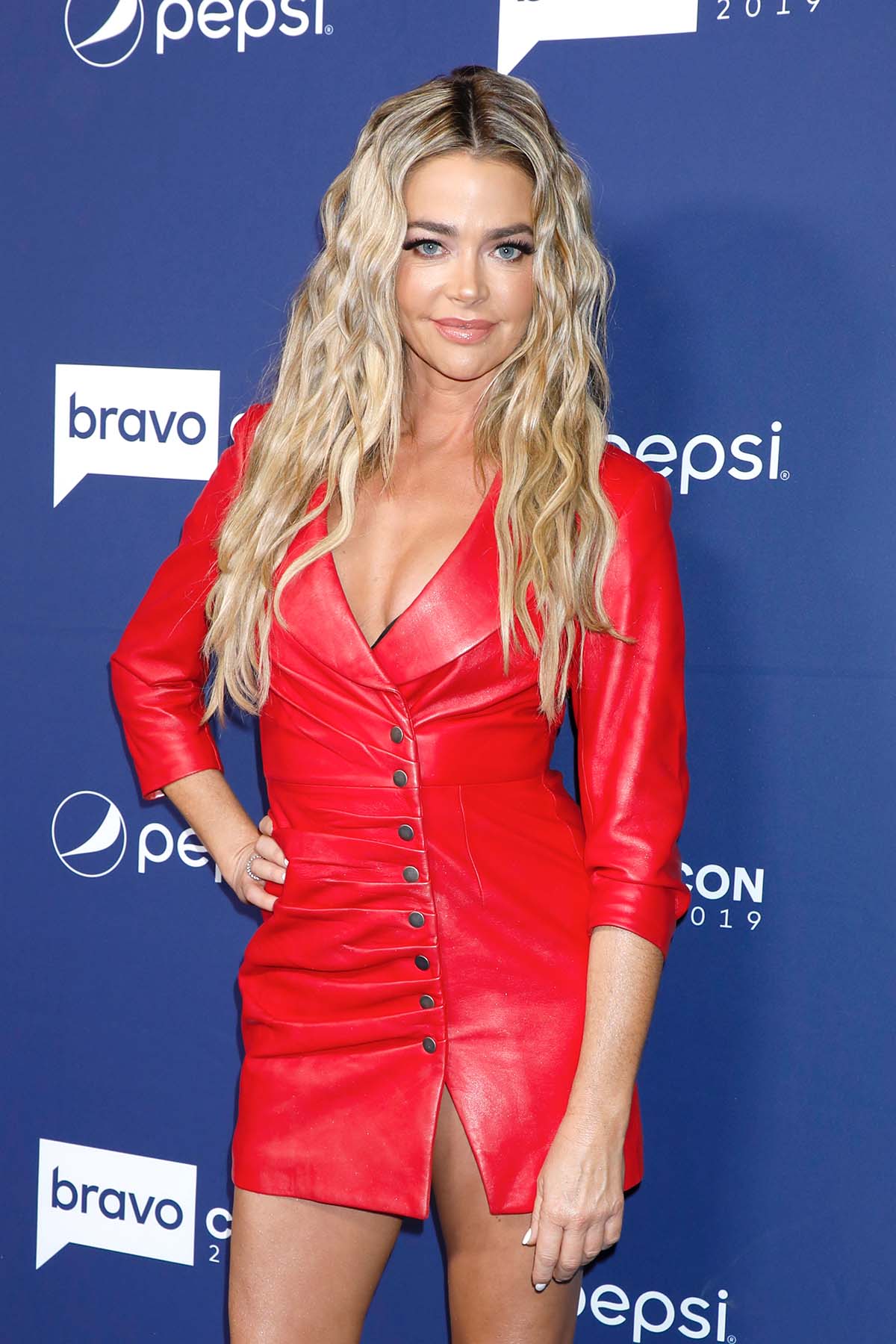 Not happy. Denise Richards’ exit from The Real Housewives of Beverly Hills after season 10 was plenty dramatic on its own — and many of her former costars still can’t stop name-dropping her.

“Denise isn’t thrilled about her name being brought up during the reunion or even this season,” a source exclusively tells Us Weekly of the 50-year-old Bravo alum, who left the series before season 11 began in May. “She believes producers provoked the conversation between Garcelle [Beauvais] and [Lisa] Rinna just to give them something drama-filled to talk about.”

The insider adds, “She once joked, ‘Do I get paid for every time my name comes up?’ and she meant it. She thinks she should get paid if she’s going to be mentioned.”

The Bold and the Beautiful alum has moved on from her tenure on RHOBH, but according to the source, Richards feels it is “distasteful” that she’s still being discussed “just to prolong the story line.”

During the first part of the season 11 reunion, which aired on Wednesday, October 13, the Lisa Rinna Beauty founder, 58, accused Beauvais, 54, of constantly bringing up and defending the former Bravo personality amid the drama last season.

The Real cohost, for her part, noted she was done speaking about Richards’ issues with Rinna and is ready to leave the drama in the past. Beauvais, who is the first Black star of RHOBH, later alleged during the reunion that Rinna made racially charged comments about her, which the former soap star denied. However, Beauvais revealed that she no longer trusts her costar.

The Illinois native — who is currently married to Aaron Phypers — previously confirmed her exit from the show after two seasons amid allegations that she had an affair with fellow RHOBH alum Brandi Glanville, which she has since denied. (The 48-year-old Drinking and Tweeting author, for her part, has maintained that the incident did occur.)

“I had a great first season,” Richards said on The Real in September 2020 after her departure from the reality show. “The second season was challenging. I just thought it was the right time for me to go and to just keep focusing on the other projects that I have. I had a great time. I will always be a fan and I will continue to support the show.”

While she was ready to leave the popular franchise, the actress noted at the time that she hasn’t ruled out a series return down the line. However, the source tells Us that Richards is not “even thinking” about going back right now.

Every Bravo Star Who Quit or Was Fired in 2020

“She has other projects in the works,” the insider reveals. “She doesn’t have time for it, let alone does not want to be involved in the drama and stress it’s caused. She has enough of that already in her life.”

Previously, Beauvais claimed that she and the Starship Troopers actress would only return to the Bravo franchise with one another.

The Haiti native later alleged that Richards “wants to come back” to the show on one condition. “Somebody’s gotta go though,” Beauvais she revealed on Watch What Happens Live With Andy Cohen in June. “Just saying.”

The Real Housewives of Beverly Hills airs on Bravo Wednesdays at 8 p.m. ET.