Employers have scored a major win in the High Court after it effectively shut down a legal pathway for long-term casuals to claim they were part-time or full-time workers with rights including paid leave.

The federal government had estimated that if the case, which was a major reason for its industrial relations reforms that passed Parliament earlier this year, had gone the other way it could have cost businesses as much as $40 billion nationally in backpay. 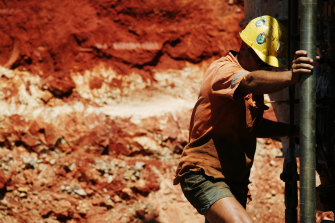 The miners’ union has lost a case about the definition of casual work in the High Court.Credit:Erin Jonasson

The court’s unanimous ruling on Wednesday morning gives businesses certainty but means the only way for most long-term casual staff to get permanent jobs is through the federal government’s new law, which lets casuals doing regular shifts convert to permanent status after a year of employment.

A casual mine worker, Robert Rossato, brought the case against labour hire firm WorkPac and won in the Federal Court last year.

Mr Rossato worked for WorkPac on several contracts for three and a half years at Glencore coal mines in Queensland. He did full-time hours based on rosters sometimes set a year in advance, which the Federal Court said made him a permanent worker with rights to backpay even though his contract described him as a casual.

The High Court disagreed on Wednesday, ruling that Mr Rossato’s contract made clear he was a casual. It said that where an employer and a worker agree the employee does not have an ongoing commitment to work in their contract then they are a casual.

Casuals are typically paid 25 per cent more than permanent staff, though that is not always the case in the mining industry.

The miners’ union, which backed the case, said the court and the federal government, which intervened in the case, had dashed its members hopes.

“Thousands of casual coal miners have lost an avenue to claim entitlements and the hope of an end to endless casualisation of permanent jobs,” the union’s general president Tony Maher said.

The federal reforms earlier this year had already hosed down the prospect of employers facing “double dip” backpay claims.