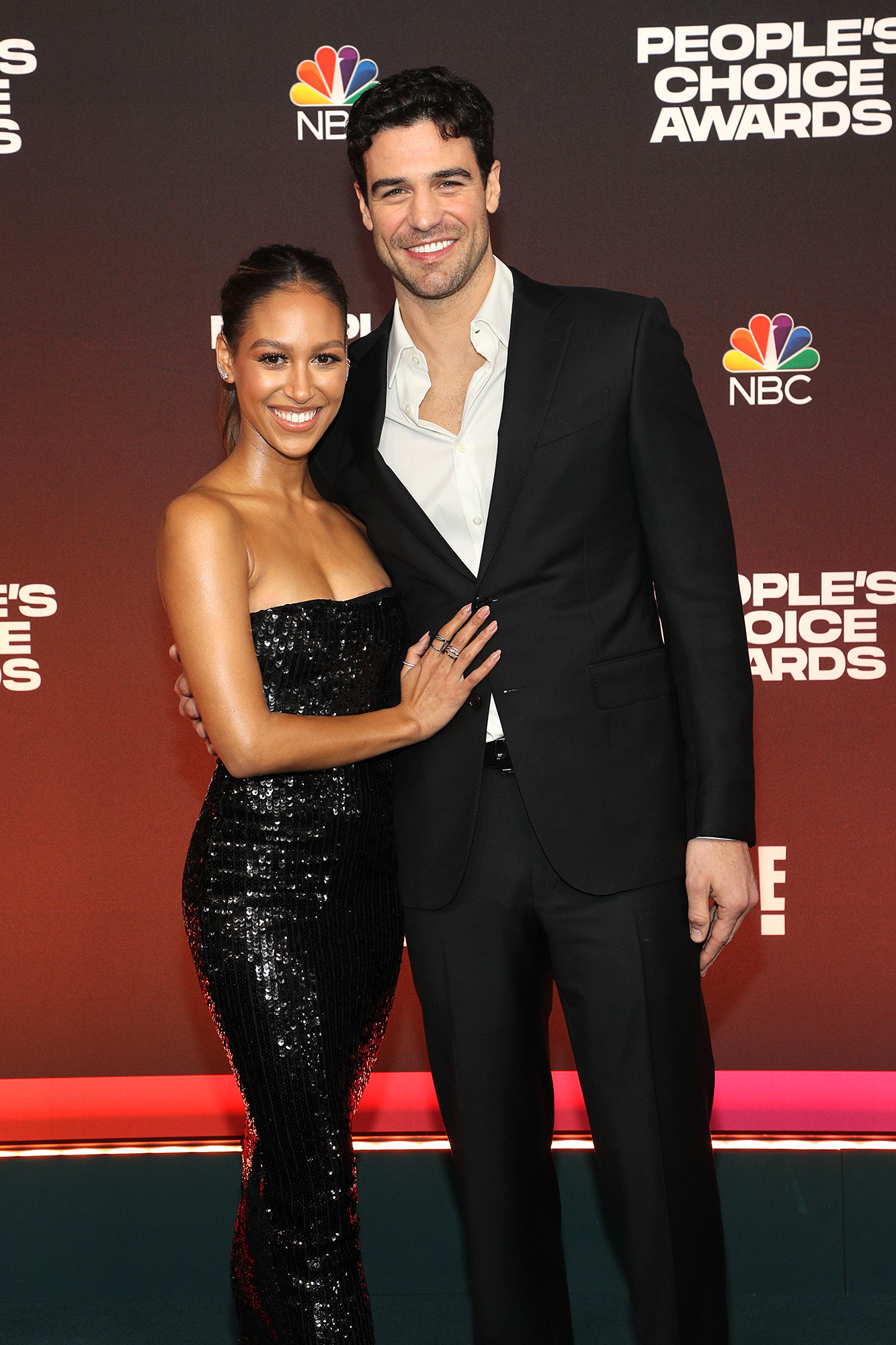 Closer than ever! Nearly seven months after Joe Amabile and Serena Pitt’s televised engagement aired, the twosome have taken the next step in their relationship.

“I [recently moved to New York City]. It’s exciting,” Amabile, 35, exclusively told Us Weekly at the Sherri Hill NYFW Bridal and Evening Fashion Show on Friday, April 8, alongside Pitt, 24. “I’ve always wanted to live here. So, I’ll be going back and forth from here and Chicago.”

While the couple were initially looking at Brooklyn, New York, residences, they eventually found the perfect place in Chelsea.

“I’m definitely happy about it,” the Bachelor season 25 alum told Us. “It’ll make things just easier. I mean, travel’s kind of part of our lives, part of our careers and our relationship but, yeah, we love the city so it’s going to be fun.”

‘Bachelor in Paradise’ Couples Who Are Still Together

The twosome — whose engagement aired during the October 2021 finale of Bachelor in Paradise — attended the event in support of Hannah Godwin, who walked in the show. While Pitt and Amabile were excited to watch the 27-year-old Alabama native — who’s engaged to Dylan Barbour — “kill it on the runway,” they also took the chance to scope out inspiration for their own nuptials.

The twosome instantly hit it off during season 7 of BiP before the former grocery store owner popped the question during the finale.

“[Things] get better and better every day,” Amabile exclusively told Us in November 2021 about their connection. “[The best part] I think is just being in a caring, loving relationship and in a normal one, you know? Being able to go out and go to a restaurant.”

At the time, the “Click Bait” podcast cohost teased their NYC move, telling Us, “We’ve been there separately, so now we’re going to really see if we like it together.”

‘Bachelor’ and ‘Bachelorette’ Engagement Rings Through the Years

Amabile — who previously dated Kendall Long for two years after meeting during BiP season 5 — and Pitt were one of three couples to get engaged during the season 7 finale. (Mari Pepin-Solis and Maurissa Gunn accepted proposals from Kenny Braasch and Riley Christian, respectively, however Christian and Gunn have since split.)

“I [think] Nayte [Olukoya] and Michelle [Young or] Abigail [Heringer] and Noah [Erb] and then Becca [Kufrin] and Thomas [Jacobs] will be the next pairs to tie the knot],” Pitt told Us on Friday, noting that the latter couples were “still waiting” on proposals. “Wedding invites, engagements — yeah, there’s a lot to happen this year.”

The “Sundays With Joe” founder, for his part, thought the boy band manager, 40, and the former pageant queen, 25, would be the next pair to make it down the aisle.