Have ‘Grey’s Anatomy’ fans seen the last of Patrick Dempsey, following his surprise return to the series earlier this season? We’ve got the answer!

Don’t fret! Patrick Dempsey will be back for more episodes of Grey’s Anatomy later this season. Showrunner Krista Vernoff confirmed that bit of info, when she told our sister publication Variety, “You will see McDreamy again in the back half of the season”. As for whether or not other former stars of the series would reprise their roles, as Patrick and T.R. Knight recently did, Krista remained coy, saying, “We all have hopes. But we don’t have anything new to report yet.”

Patrick, 54, left Grey’s Anatomy in April 2015 after 11 seasons on the show. His character, Dr. Derek Shepherd, was killed off in a car accident, so it was a major surprise for fans when he unexpectedly returned to the series at the start of Season 17. 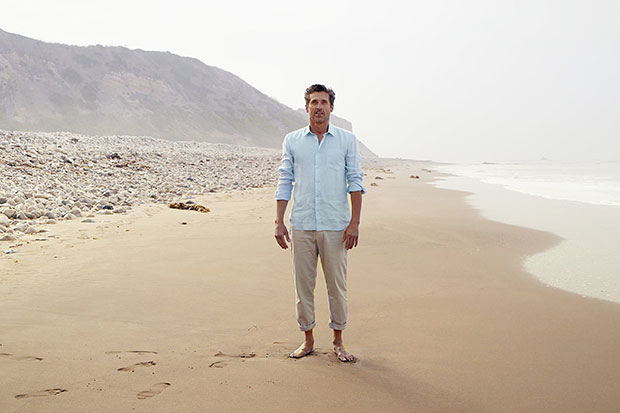 Derek’s return came in the form of a coronavirus dream, after his former wife Meredith Grey (Ellen Pompeo) was found unconscious in a hospital parking lot. They reunited on a mysterious beach within her dream, and his reappearance sent fans into a frenzy.

“I think the whole atmosphere has changed, certainly working at the beach, and seeing everybody again was really a very healing process, and really rewarding, and a lot of fun. Hopefully, that feeling translates, and the fans enjoy it,” Patrick told our sister site Deadline in November, following his return. “I know that they’ve been wanting us to get back together, and I think this will satisfy a lot of people, and surprise a lot of people, hopefully.”

As for the future of the series overall, Krista isn’t sure when the show, which first premiered in 2005, will end. She further told Variety, “‘I don’t know’ is the honest answer. I don’t know. And so, I planned a phenomenal season, and I’ve planned what can be a season finale or what could be a series finale.”

“I never really believe it’s really over until everybody sits me down — they’re all going to have to come together and sit me down and tell me it’s really over,” she continued. “But you always have to plan for both contingencies. We have a plan for how the season is going to end, and I feel really good about that plan, but I will say that at this point in any given season, we usually have a plan for where the season is going to end and it doesn’t always end where we think it will. So, you never know.”