‘Grey’s Anatomy’ Recap: Link Proposes To Amelia & Ends Up At Someone Else’s Door

A new year meant major changes for the Grey-Sloan doctors. During the season 17 finale, Maggie and Winston got married, one couple got engaged, and another relationship was left in shambles.

The Grey’s Anatomy season 17 finale begins with Meredith on the beach. She’s throwing rose petals in the air and reflecting on what she learned from the COVID-19 pandemic. At the end of the day, she’s still alive, and that’s all that matters. This beach scene takes place in April 2021.

Eight months earlier, Meredith is starting her new job as residency director. While she’s excited to take on a new class of interns, she’s missing the OR. Maggie and Winston get married, or at least they attempt to. Her father and Winston’s nana object to the wedding and tell Maggie and Winston they want them to be able to have the wedding of their dreams. Maggie reluctantly agrees to their idea. 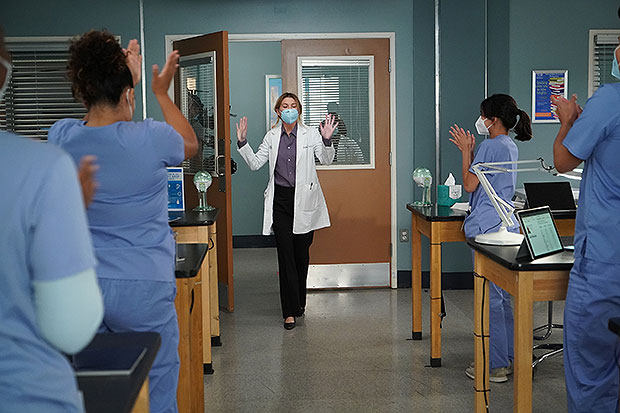 Jo has come up with a plan for Luna. She asks Link to foster Luna, but she will do all the work. “I’ve never loved anybody like this,” Jo says. She can’t bear to lose Luna. Link agrees and tells Amelia it’s just a technicality. Amelia’s taken off guard by this whole thing, and while she appears OK with it, she’s struggling with bringing in another kid.

In October 2020, Link gets approved as Luna’s foster parent. Amelia remains uneasy about the whole thing. She still doesn’t think she wants more kids, and she’s mad at herself for not wanting what Link wants. Meanwhile, Teddy and Owen are going strong. They’ve never been in a better place. Meredith is still suffering the after-effects of COVID-19. She gets dizzy in surgery and has to be wheeled out.

When December rolls around, Link has brought a ring for Amelia. Actually, he’s bought multiple rings and wants Jo to help him pick one out. While celebrating Christmas at Meredith’s, Owen decides to propose to Teddy. Link decides it’s not the right time to propose, so he puts his ring back in his pocket. 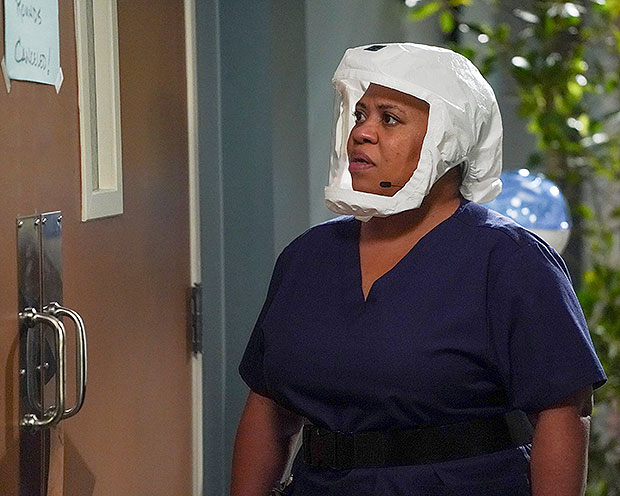 The year 2021 means the vaccines are rolling out. Everyone gets their vaccine, and the doctors at Grey Sloan couldn’t be happier about this dark chapter coming to an end. Jo is getting custody of Luna. However, she needed cash, so she sold her shares of the hospital. She sold them to Koracick. Bailey and Meredith don’t see eye-to-eye regarding a patient, but Meredith eventually convinces Bailey to see things her way about the patient’s need for a double lung transplant.

Meredith’s kids help Link propose to Amelia on the beach. He wants to spend his life with her. “You challenge me, you thrill me, you impress the hell out of me…” he says during the proposal. As romantic as his speech is, Amelia doesn’t say anything. She turns down his proposal without saying a word. It’s heartbreaking.

Jackson Facetimes Jo after he gives her his Seattle apartment so Luna can have a home. The season 17 finale ends with Jo getting a knock on her door. It’s Link. He asks to crash at her place after what went down with Amelia. Meredith stays by her patient’s side and texts Cristina as she waits for her patient to wake up. No matter what, Meredith is always there when you need her. Bring on season 18!

Nintendo Is Turning Its Plant Into a Gaming Museum
Recent Posts