Cuomo was booked for dinner at an upstairs private room at the buzzy Midtown restaurant with a dozen union leaders, we’re told, and stayed incognito by entering the venue via a private back door ahead of the dinner to escape attention.

But after his union meeting, the gov apparently couldn’t bear his own privacy and headed straight down to the main dining room, where he met former Republican Rep. Peter King for a friendly chat. 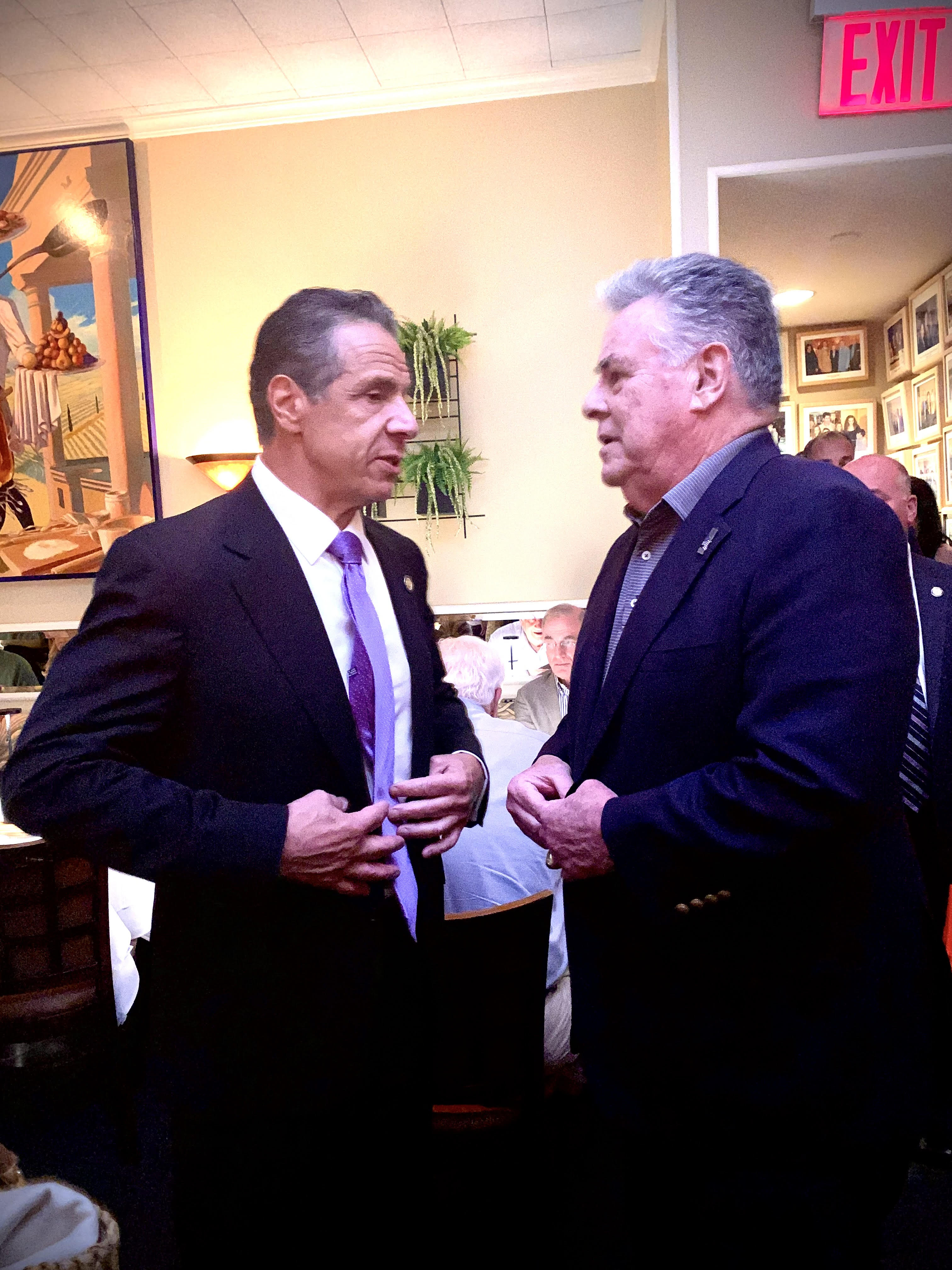 He then glad-handed and posed for pictures with other diners, including real estate developer and former Brooklyn Nets part-owner Bruce Ratner.

A source said, “Everybody was celebrating New York coming back again and opening up.”

Which meant it might not have been the right time to challenge Cuomo about his handling of COVID in nursing homes or allegations made against him of sexual harassment, which he has denied.

But when “Good Day NY” anchor and Fresco by Scotto’s co-owner Rosanna Scotto saw Cuomo she asked, “Why won’t you come on my show?”

Cuomo replied, according to spies, “Are you kidding me?”

We don’t think so.

Meanwhile, GOP Chairman Nick Langworthy took issue with at least one aspect of the governor’s celebration this week — namely, the fireworks launched across the state — telling the Post, “This is not Andrew Cuomo’s moment to celebrate.

“This is a time that we should celebrate modern medicine, the people who worked on the front lines every day and the people who put their own lives in harm’s way.”

My mum deserves to find love again – how do I get her on the dating apps?