Celebrity chef Gordon Ramsay is known for his incredible culinary skills and fiery restaurant kitchens, but he said his new project for National Geographic is “not really a cooking show,” but rather an adventure into the world of food — “the best connection in the world.”

“It’s cooking adventures. It’s tapping into that culture — to get back to open pit cooking in the middle of the mountain, sourcing ingredients,” he explained of the show where he will travel to remote parts of the world and tackle unique flavors and ingredients. 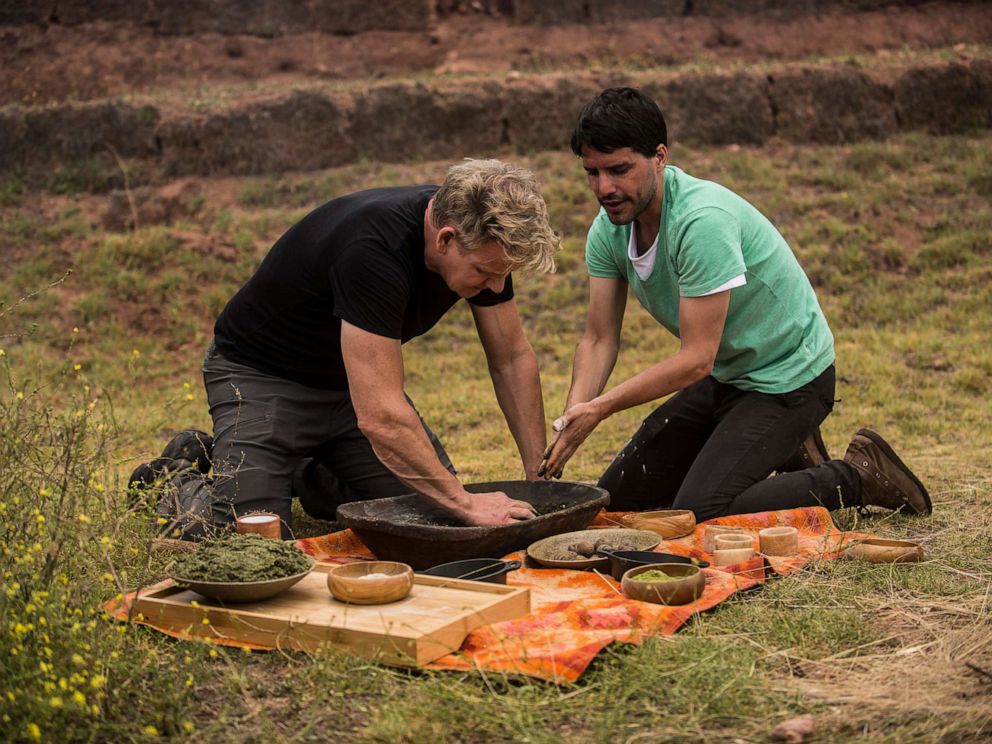 “I can’t feature roasted guinea pig on my menus here in the U.S. I’d be taken down,” Ramsay said candidly. “You do not know what you’re missing — I’m telling you now, delicious.” 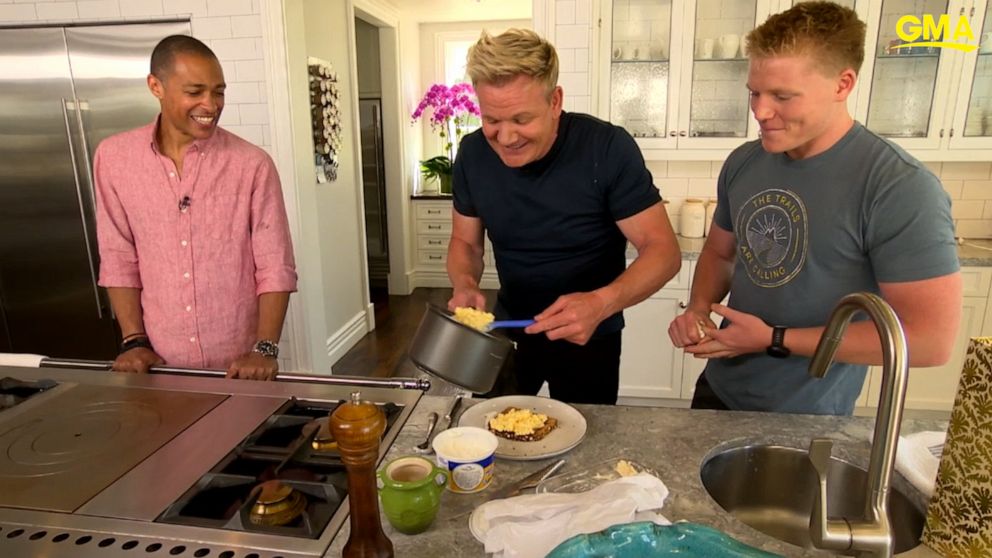 Ramsay didn’t make that particular protein with us, but he did recreate some of his favorite dishes from his travels.

First up was a dish inspired from his time spent exploring and cooking in Morocco. 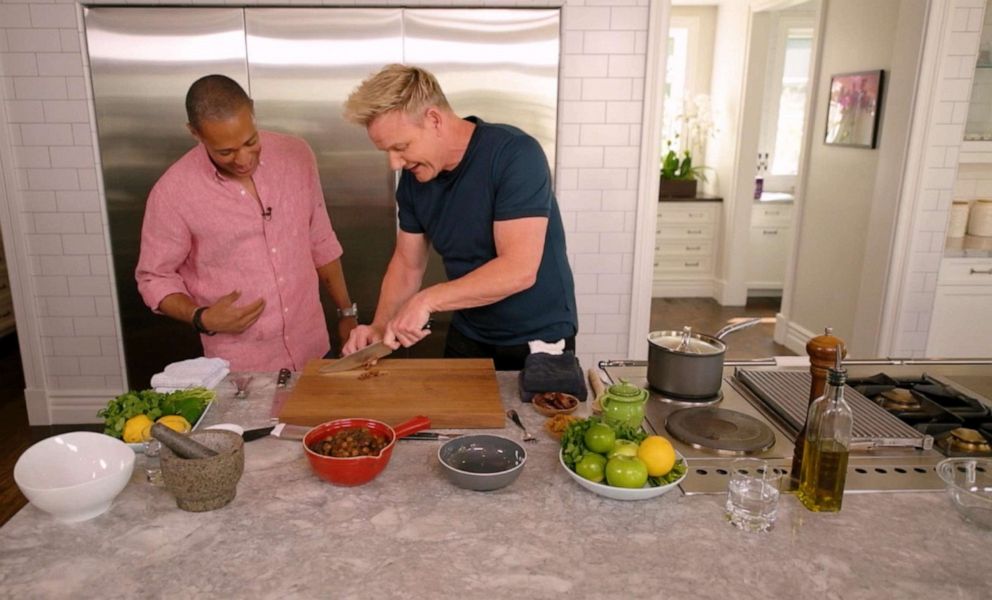 “It was this amazing sort of Moroccan inspired braised short rib with a couscous,” he explained and shared a tip while chopping dates to “just let the knife do the work.”

While the preparation is important, Ramsay said the shared connection through food is what makes enjoying a meal with someone so special. 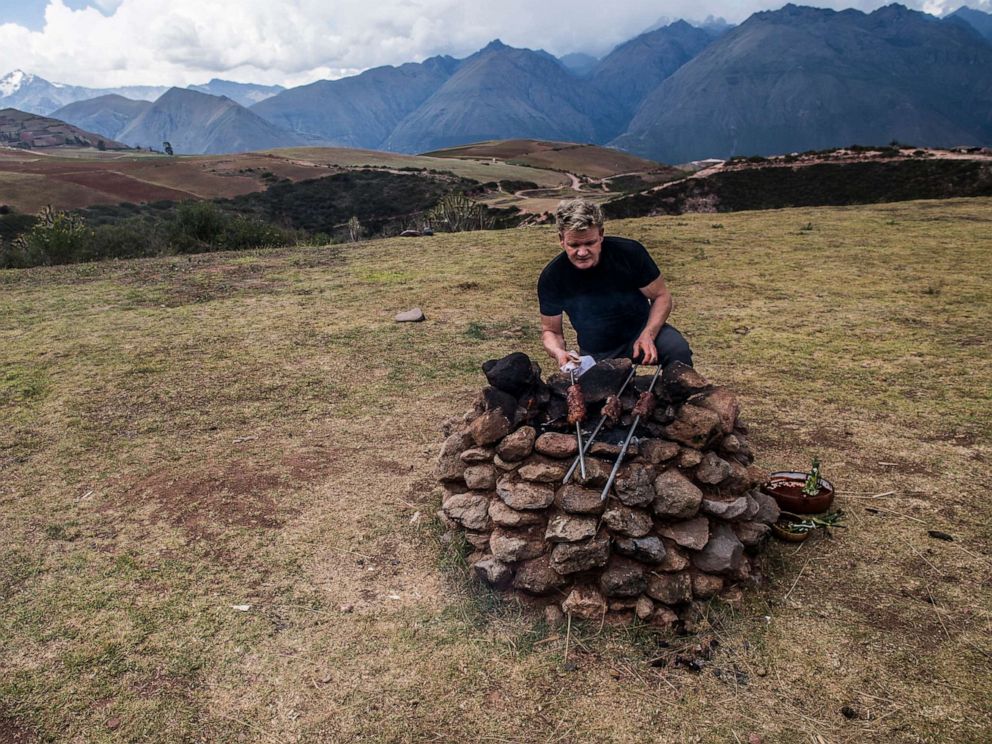 “Food is what brings you together. I remember cooking for Tony Blair and President Putin at Downing Street. And I’ve never crapped myself so much in my life,” he admitted. “You know, these two countries that were butting heads — it’s the language that talks to itself without understanding how to speak their language.”

“It’s the best connection in the world,” he said.

While his new show will certainly show that human side during his explorations in Peru, New Zealand, Morocco, Laos, Hawaii and Alaska, the father of five said he’s still tough as ever.

“There’s nothing soft or gentle going on this show,” Ramsay said.

From “trying” to scale a mountain to doing a duck dive with sharks, the chef said this us unlike anything else in his career.

“I think I’m coming to an age now where it’s like, you know, professionally, everything I’ve achieved has been amazing,” he said. “But — that pursuit for the culinary connect — is what keeps me alive.”