The battle to become the biggest online resale site continues. Now Goodwill is entering the ring, hoping to become the next $1 billion secondhand shopping site and following in the footsteps of successful start-ups such as Poshmark, ThredUp and The RealReal.

But unlike those sites, all of Goodwill’s profits benefit charity — a mix of community projects and career development programs for the underserved. According to Goodwill representatives, this positive impact angle positions the thrift network’s web store for growth — especially with socially minded, young shoppers.

“I think it’s interesting because we have definitely been a best-kept secret in the marketplace but we don’t want to remain a secret,” said Nicole Suydam, president and chief executive officer of Goodwill of Orange County. “We are now competing with the big sites for profits online and want to make sure our site stands up to the competition.”

Looking to up its competitive advantage, Goodwill’s e-commerce site is undergoing a redesign that will launch in the fall and will include a mobile app.

The site was established by the Goodwill of Orange County in 1999, and facilitates online sales for more than 129 local Goodwill chapters in all 50 U.S. states as well as one in Canada. Last month, the site surpassed $1 billion in sales since its founding — a number that, within a few years, it hopes to clock in annual sales. 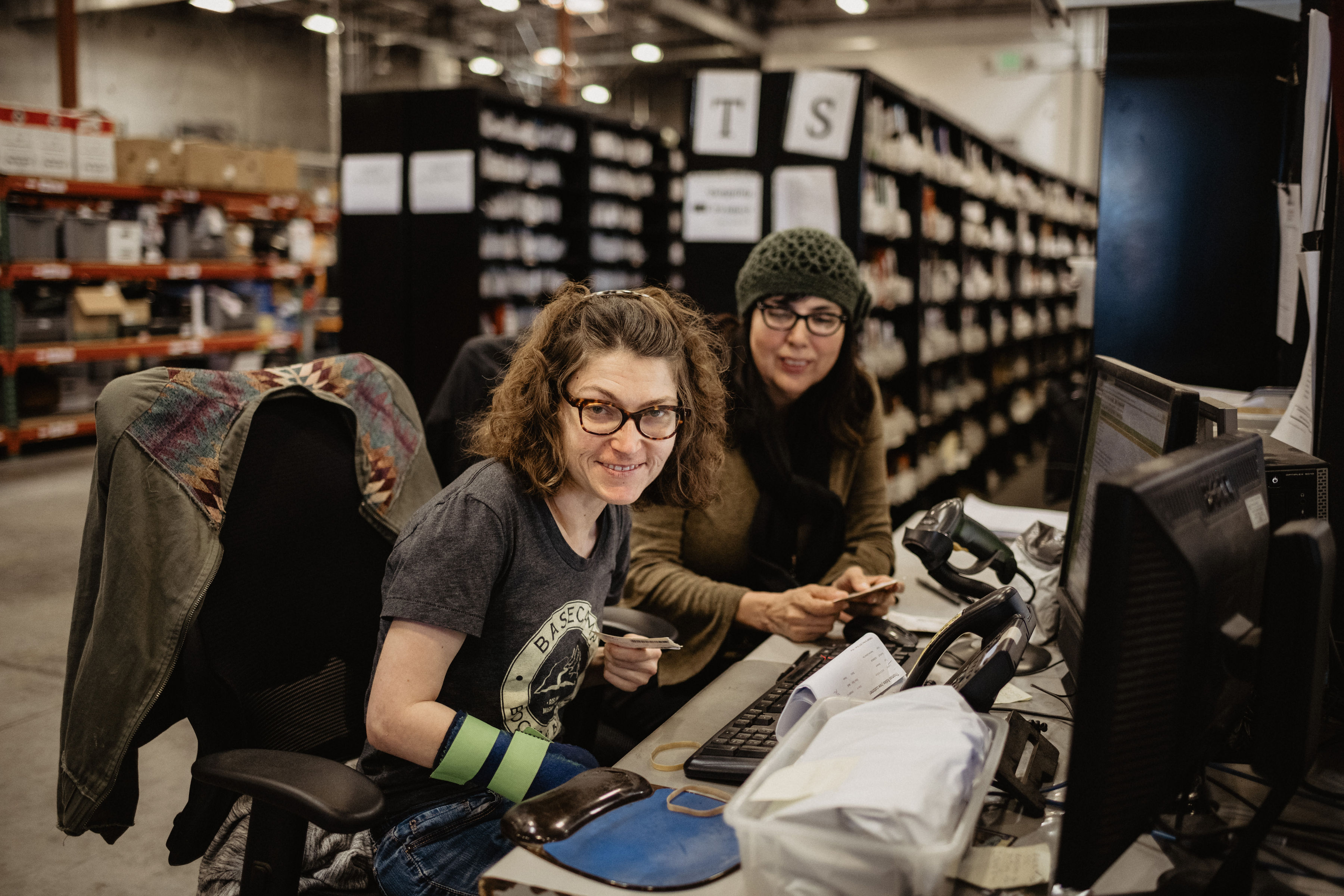 Behind the scenes at Goodwill’s e-commerce headquarters in Orange County, Calif. Goodwill of Orange County/Brocoff Photography

In 2020, the site marked $171 million in sales and currently has about 2.48 million registered users. Each month, Suydam said sales accelerate, with about $40 million of sales reached between the months of January and February.

“I would say that, for us, it’s shopping with a purpose. From our standpoint that creates a unique shopping experience. You can have the fun and thrill of the hunt but when you shop on Goodwill you know that those purchases directly change lives. At each of our locations we employ people who may have a barrier for employment and provide opportunities for individuals to learn new skills and provide training and development. Donations come in on a local level and employees help process those, post items and ship items,” Suydam said.

Similar to eBay, most of the Goodwill site’s sales are formatted as auctions with the Goodwill of Orange County taking a listing fee from each sale as the site host. Items that are chosen for the website tend to be higher in potential value, including luxury handbags, artwork and jewelry. The site’s biggest categories are jewelry, clothing, electronics and then an assortment of toys for kids. At times, there have been high-ticket sales reaching into the five-figure range including a Rolex watch, a 4-carat diamond ring and a speed boat — all donated to the Goodwill network for sale.

“The site now has a track record in terms of success and sell-through. There is a lot of good organic traffic, but to go to the next level we have to make investments and modernize. Even last year we ended the year at over 20 million unique page views per week, which was a 25 percent increase. We definitely attribute that not only to just online thrift shopping but the general boost in online shopping with the pandemic,” Suydam said.

“I think the next five years is really dependent on local Goodwills making e-commerce a priority. We are just seeing a trend that, where we are compared to last year, that I think we could get to $1 billion in annual sales in the next five years,” she added.

It will take a concentrated effort to make Goodwill’s new site a success, requiring the entire thrift network to galvanize its workforce and post a constant stream of curated items. But from Suydam’s perspective, there is already a built-in audience awaiting these developments.

“I’ve even seen it with my own children. I have teenagers, that when I say, ‘Let’s go school shopping,’ they ask me to take them to Goodwill and say, ‘We don’t need new clothes.’ I always think, ‘Wow, that wasn’t my mindset as a teen,’ and I have many friends who are seeing the same thing,” Suydam said.

“We are definitely seeing a shift and have the younger generations shopping in our stores. People are excited about thrifting, Gen Z feels a sense of pride buying things that are sustainable. Thrifting is definitely being more accepted, it’s being normalized as a fun thing to do.”

Coal’s retreat as renewables surge is a shock, but not a surprise
Recent Posts