Home » From Madonna to Megan Thee Stallion: The cone bra is making a comeback From Madonna to Megan Thee Stallion: The cone bra is making a comeback

Scoop up celebrities’ new favorite It bag for under $60

Bikini-clad stars are swapping their sandals for cowboy boots

What goes around cones around.

And then there’s rap royalty Cardi B and Megan Thee Stallion, whose viral “WAP” visuals make “Like a Prayer” seem like “Sesame Street” — making them perhaps Madonna’s worthiest style and spiritual successors. 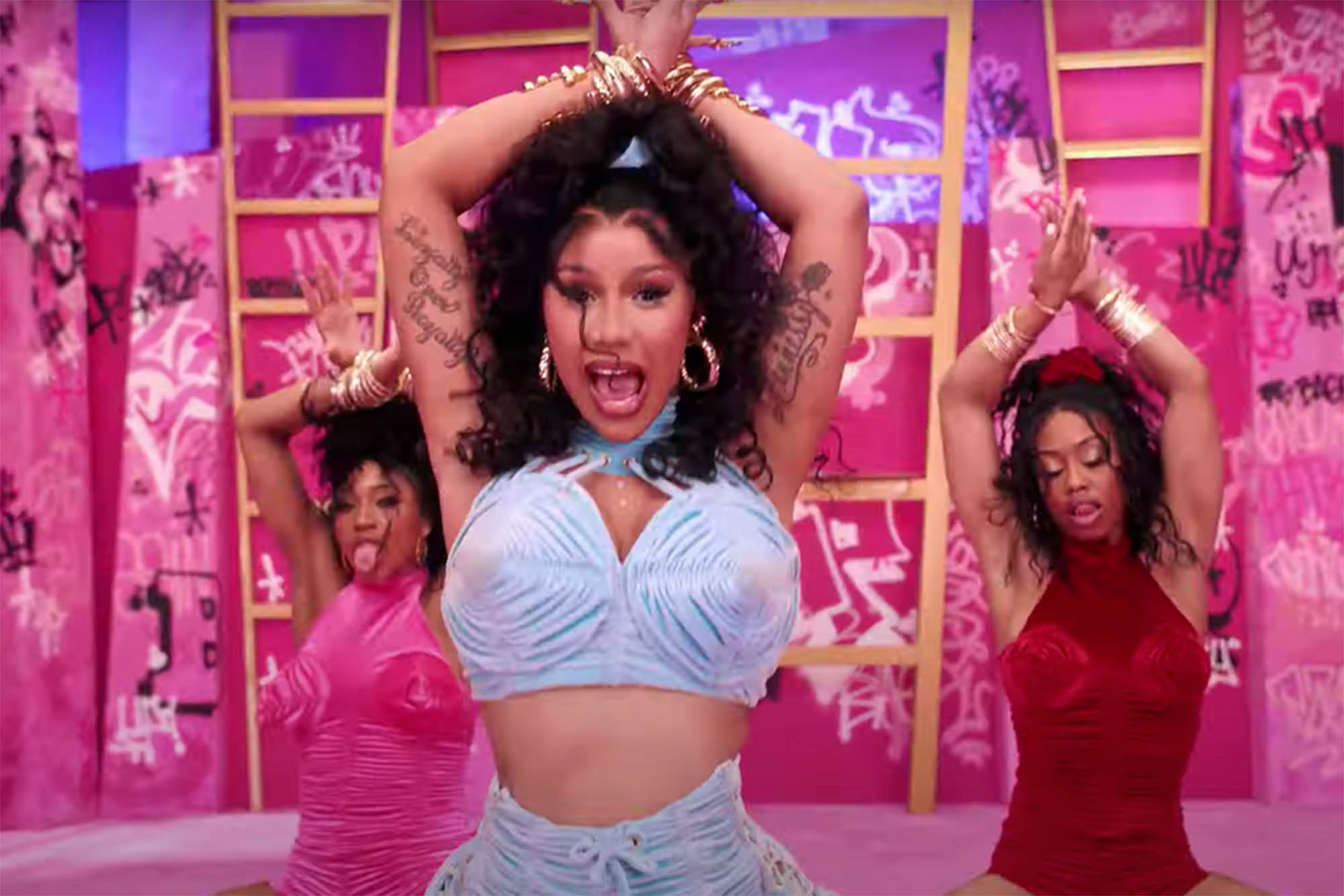 Fittingly, Cardi paid homage to Madge in her “Up” music video in February, busting moves in a powder blue velour cone bra and matching lace-up hot pants from Rey Ortiz. She then doubled down on the sartorial salute at the Grammys, performing in a rose gold chrome version with shoulder pads.

And on Sunday’s BET Awards 2021 red carpet, all eyes were on Houston hottie Meg in her custom Grecian-style Gaultier gown, complete with the designer’s signature badass bustier. 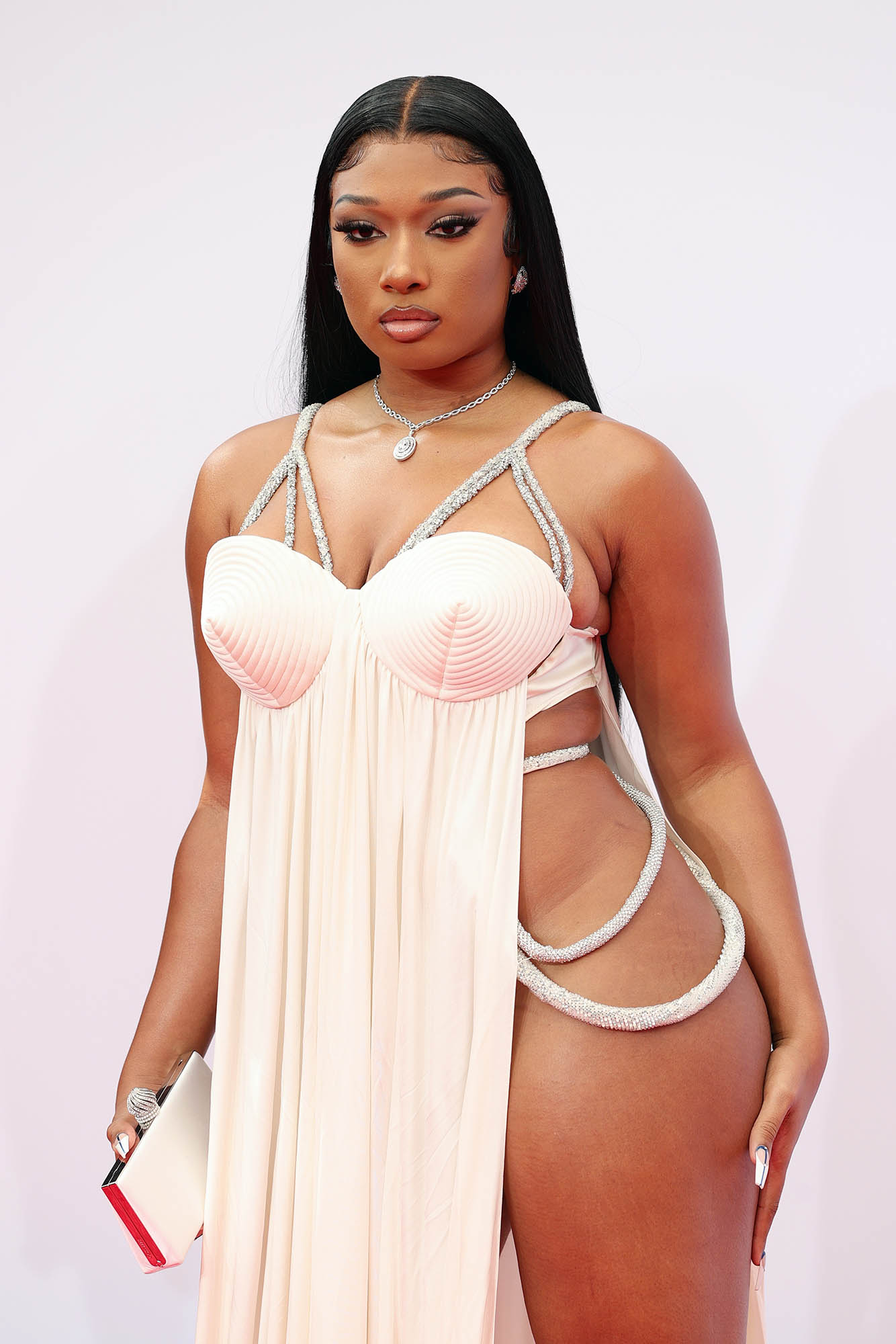 “With BET celebrating the ‘Year of the Woman,’ I wanted to have something that really celebrated the body and the feminine figure,” the “Savage” rapper’s stylist, Zerina Akers, told Page Six Style, adding that her client “felt super confident and beautiful” in the look.

“Vintage and archival pieces in general are having a moment, and Jean Paul Gaultier is one of those designers that really embodied and celebrated the feminine figure in a way that still had a bit of a futuristic approach. It’s definitely stood the test of time,” Akers said.

Inspired by the bullet bras of the 1950s and adorned with spiral stitching and an exposed zipper, Gaultier’s original conical bra — popularized by the Material Girl during her 1990 Blond Ambition tour — turned the concept of underwear quite literally inside out.

“Theoretically, you think about the corset as a very constricting garment; it holds the body, it controls the body, it forms the body, it molds the body,” Natalie Nudell, a fashion historian and adjunct instructor at the Fashion Institute of Technology, told Page Six Style.

“But what’s interesting in Gaultier’s version is that instead of being an undergarment, it’s the garment. And it sort of takes it out of this constrictive place into a place of female liberation.”

For the controversy-courting Madonna, then hot off her polarizing “Like a Prayer” video that explored themes of sex, race and religion, it was a perfect fit in more ways than one. 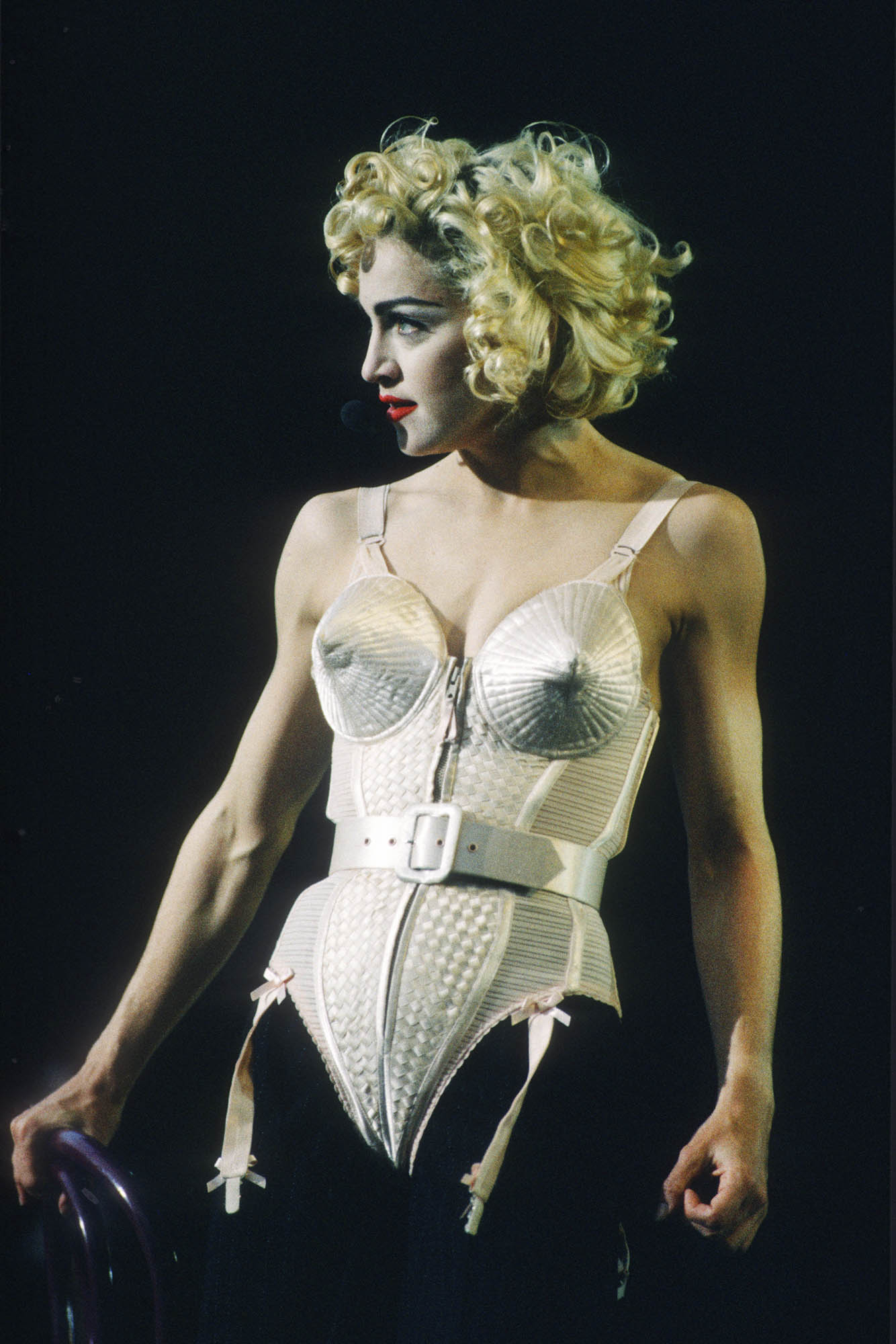 To be sure, fashion’s evolved considerably in the past 30 years. Next to the sheer “naked” dresses and dangerously plunging necklines common on red carpets today, Gaultier’s once-brazen brassiere looks almost demure.

Still, says Nudell, the symbolism of strength behind the subversive style remains the same.

“This look, this exaggeration of the breasts, is really an empowering silhouette,” she said — making it ideal for today’s boundary-pushing boldfacers like Cardi and Megan, who “present themselves as extremely empowered women, using their bodies and their sexualities as a tool to do that.” 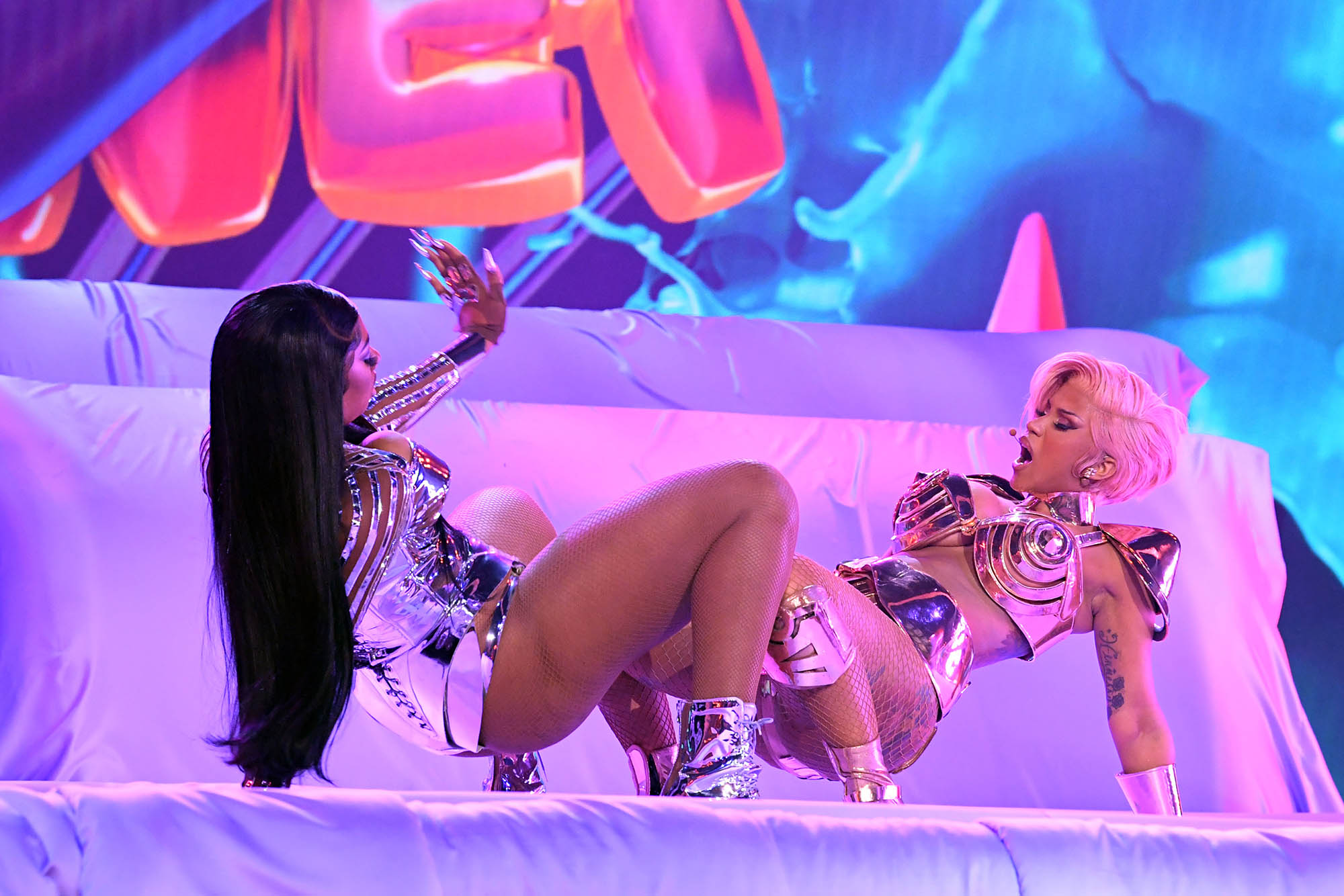 As for Madge? She’s continued to collaborate with Gaultier throughout her career, and has even brought back her cone bra several times over the years, most memorably at the 1991 Cannes Film Festival premiere of “Truth Or Dare” and during her 2012 “MDNA” Tour.

After all, expressing yourself never goes out of style.

Yungblud Covers Madonna's 'Like a Virgin' for Spotify Singles