Video captures a man involved in a fight aboard a Delta Air Lines flight.

Video capturing a brawl on a Los Angeles-bound Delta Air Lines flight emerged just after charges were filed against one of the passengers.

The footage, obtained by FOX Business, focuses on an altercation between two men, later identified as 30-year-old Curtis Maurice Clayton and 43-year-old German Montez, who were "involved in a dispute on the plane," according to a statement from the Atlanta Police Department.

In the video, a passenger in a black jacket is seen punching another man in a blue hoodie before fellow passengers and flight attendants jumped in to intervene. At one point, the man in the black jacket can be seen touching his eye, which appears to be bloody.

Atlanta police respond to the incident at Hartsfield-Jackson International Airport around 7 a.m. after receiving a report of a dispute.

According to police, a preliminary investigation revealed that Clayton was seated in front of Montez on the plane. After Montez placed something in the seat pocket, "Clayton protested," police say. 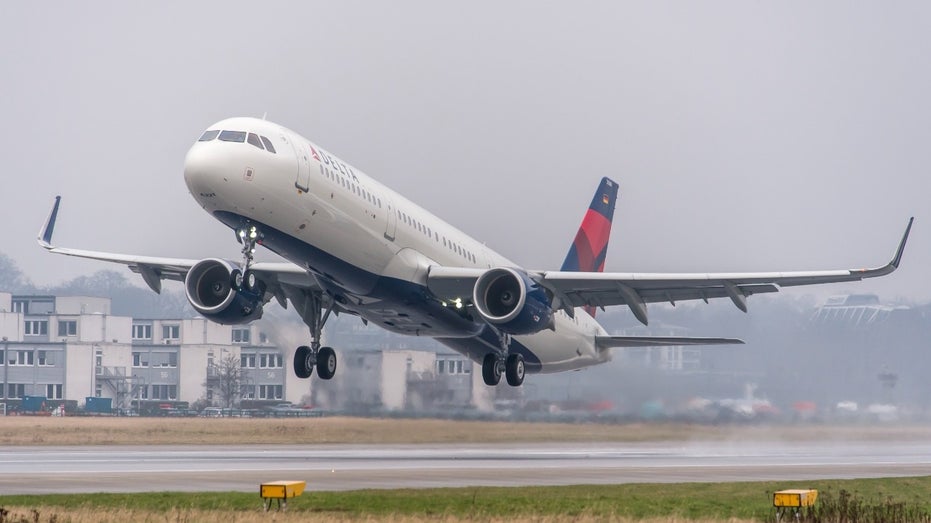 According to the preliminary investigation, the dispute escalated from there and Clayton allegedly punched Montez. A passenger then restrained Clayton, according to police.

Police say Clayton "was uncooperative with police" and proceeded to damage a police vehicle during the investigation.

He has since been arrested and charged with battery and interference with government property and taken to the Clayton County Jail.

Police noted that this is only preliminary information and it "may change as the investigation progresses."

According to the DailyMail, the plane was delayed 30 minutes after its planned takeoff while the brawl ensued.

The airline confirmed to Storyful that officials responded to an unruly passenger during the boarding process.

"Civility at our airports and on our flights is paramount and something our people and customers deserve without exception … Delta will always put safety and security above all else," the airline told the outlet.

The incident is just one of many unruly passenger reports this year. The FAA has received more than 5,000 reports of unruly behavior since January.

Delta Air Lines did not respond to FOX Business' request for comment.