The reality star had a fling with celebrity assistant London Gillespie in 2018, whom she met in an Atlanta hookah bar about a year before her wedding to Simon, Gillespie claimed.

It got so serious, that they even got engaged while Falynn was also with Simon.

“We had a strong connection from the jump, that’s why I really stuck with it,” he said.

Gillespie’s claim comes just after 57-year-old Simon ripped his reality star ex for cheating on him with another man during their marriage.

Gillespie, however, says that even though he did hook up with Falynn behind Simon’s back before they got married, he did not “break up a happy home.”

“I don’t think I’m the reason,” Gillespie said of the former couple’s divorce. “[Simon] does know about me, but I’m not sure how much he knows.”

Gillespie, who was 21 when he met Falynn, said he immediately felt sparks for the then 29-year-old, and “the rest was history.”

Gillespie said he was at first unaware of Falynn and Simon’s relationship, which, according to a rep for Simon, had begun in 2016 and was not an open relationship.

“I didn’t know that Simon was in the picture until later on down the line when we already were dating,” Gillespie claims.

The Wisconsin native said that when he met Falynn, he had recently relocated to Atlanta, so he spent a lot of his free time with her, meeting the model up to a few times a month.

He claims he even met her three children and her family.

“I know her sister, and her mom, her uncle,” Gillespie said. “All I know is what they told me, and they said I was a better fit for Falynn [than Simon].”

Since Gillespie and Falynn weren’t secretive about their relationship and “out in Atlanta all the time,” it appears word eventually got back to Simon.

Gillespie claims the wealthy investor then hired a private investigator.

“I was notified [of the investigator] in the end of 2018, beginning of 2019,” he recalled. “I don’t know when the private investigator ever stopped … He had somebody notify us that basically I was being watched.”

A rep for Simon confirmed the businessman hired an investigator and told Page Six the cheating allegations against Falynn are “accurate.”

Page Six also spoke to the P.I. hired by Simon, who told us he investigated Falynn and Gillespie from 2018 to 2019. 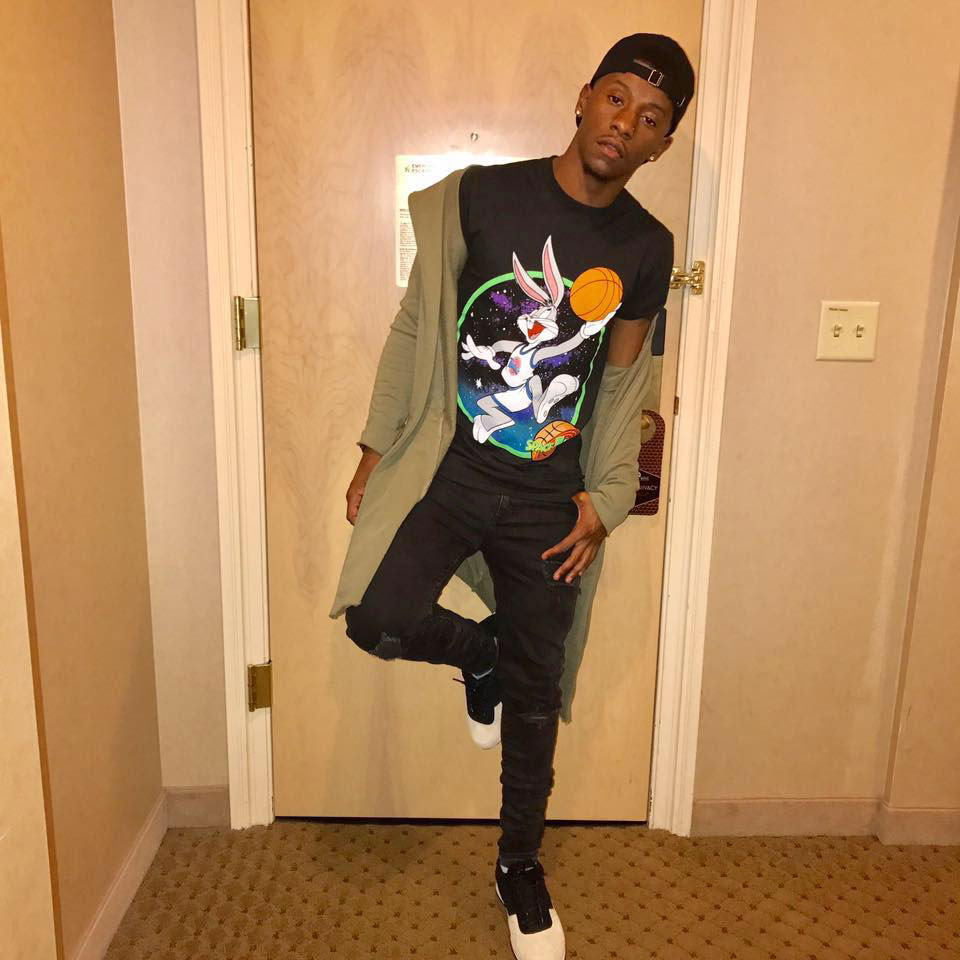 “While that was going on, I would call Simon, he would call Falynn and, of course, she would tell him a lie about her whereabouts,” said the investigator, who has more than 25 years experience.

In Spring of 2018, the investigator said Simon asked him to come over to his house to confront Falynn with the information he had gathered.

“I came up with all of these dates and times, locations of where she was, and told her, ‘All we need you to do is just be honest and admit it,’” he added. “So she broke down and admitted it.”

Gillespie says he and Falynn continued seeing each other, despite the P.I. Simon also did not stop dating Falynn, and the pair wed later that year in June 2019. It was not clear if the surveillance by the investigator ended after the marriage.

It is also unclear if Gillespie continued his romantic relationship with Falynn after she wed Simon, but it appears they may have stayed in communication.

Gillespie told Page Six he did not cut all ties with Falynn because he “knew where me and her stood.”

“I never really doubted me and her because I always had reassurance of like how me and her are,” he added.

Gillespie admitted that he was “in love” with Falynn, and though he isn’t any longer, will “always have a special place for her” in his heart.

When Falynn was invited to join the “RHOA” cast as a “friend of the Housewives” for Season 13, Gillespie said he was supportive “as long as my name didn’t get misconstrued, then she could do what was best for her, and she did.” 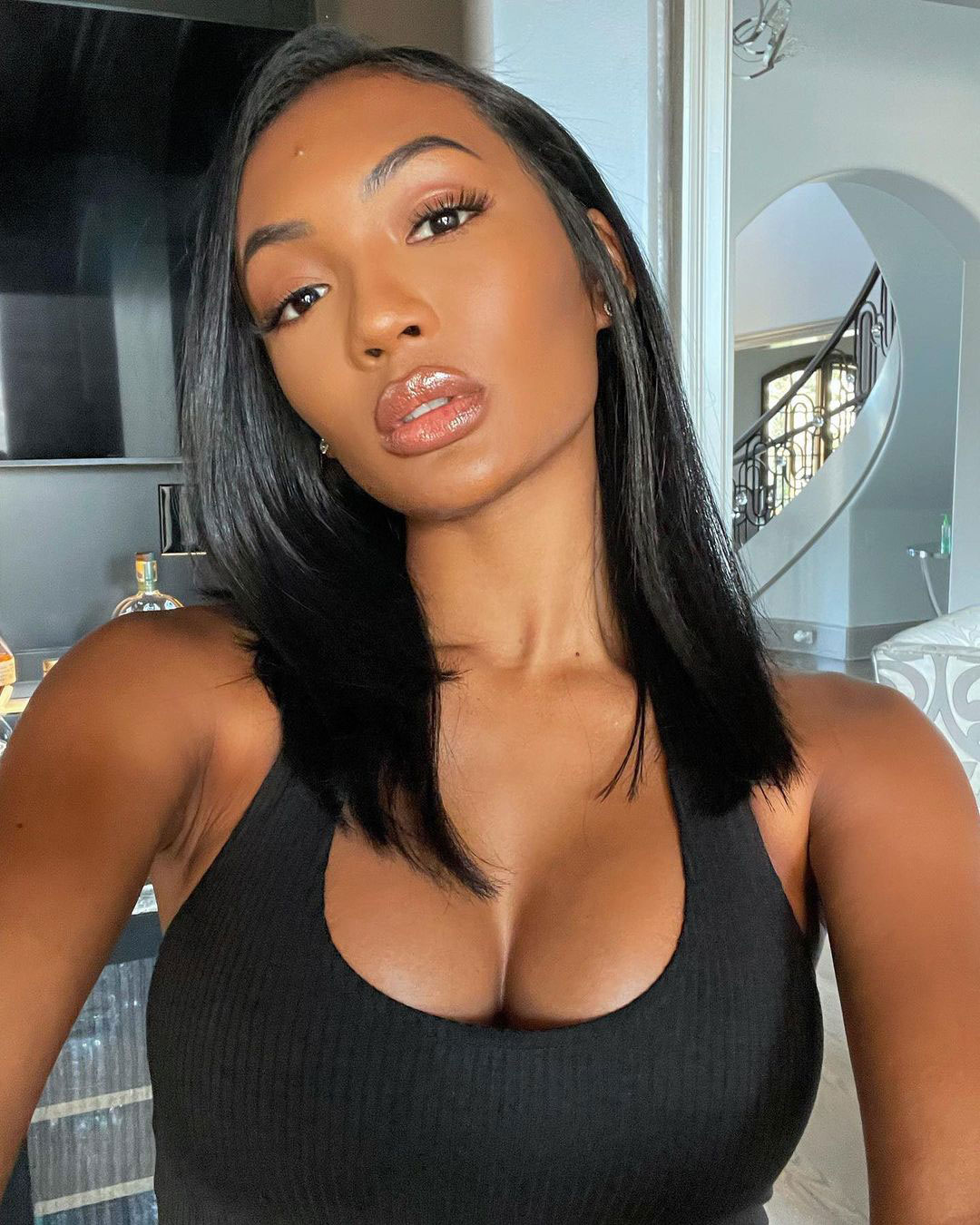 In May, what Gillespie didn’t want to happen, did.

The Fly Guy DC Show dredged up a clip of Falynn proposing to Gillespie at a bowling alley in 2019 — just a few months before she got hitched to Simon.

The revelation came just as news broke that Simon was getting engaged to Faylnn’s “Real Housewives” co-star Porsha Williams.

“That was a whole surprise,” Gillespie said of his engagement, which took place in January 2019, right before Falynn and Simon’s June 2019 wedding. “She got all my friends together.”

The engagement didn’t last long, and Gillespie stopped wearing his ring by February 2019.

Gillespie claims he has no idea who leaked the video.

According to People, Simon and Falynn officially separated in January and Simon filed for divorce the first time that month and a second time in February after “two years of marriage and 5 years of friendship.”

When asked why he continued dating Falynn although she was dating Simon, the style advisor said, “I knew what was really going on … Everything wasn’t what it was portrayed to be.”

He insisted, “I didn’t break up a happy home.”

Gillespie said he and Falynn haven’t communicated in a few months and haven’t been in touch since the scandal surrounding her marriage broke.

“She probably is upset [that I’m speaking out], but at the end of the day, she has to understand that I can’t just sit back here and let these people put stuff on my character that’s not my character,” he said.

Page Six made several attempts to contact Falynn via social media, reps, and email, but our requests were not returned. On Thursday, when reached via her cell, she hung up when she learned Page Six was on the line.

'Keeping Up With the Kardashians': How to Watch the Finale and Reunion