Sara Rehman, from Exeter, took to the  Extreme Couponing and Bargains UK group to show off her new electric toothbrush, which she had bought on sale from Amazon.

However the video of the pink toothbrush buzzing in Sara’s hands left some doing a ‘double take’ as they thought she was demonstrating how to use a new sex toy.

The hilarious post, which was shared on Saturday, racked up 711 likes and 698 comments from both confused and entertained Facebook users. 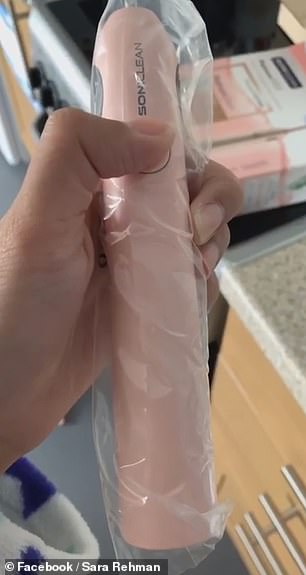 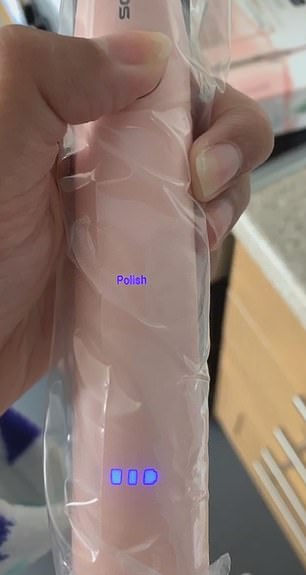 Sara Rehman, from Exeter, took to the Extreme Couponing and Bargains UK group to show off her new electric toothbrush, which she had bought on sale from Amazon.  However the video of the pink toothbrush buzzing in Sara’s hands (left and right) left some doing a ‘double take’ 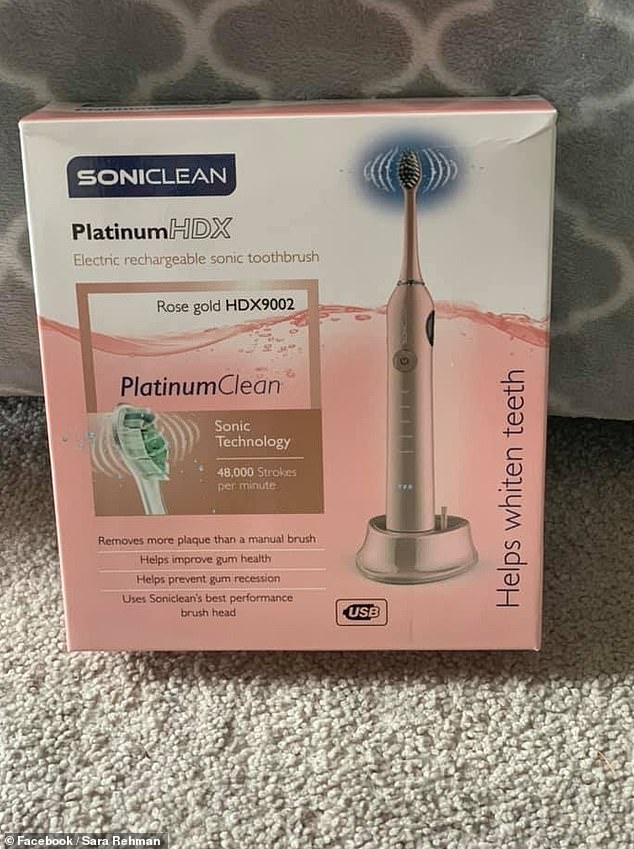 The woman wanted to show off her bargain – paying £9.99 for the brush instead of £35.99, but people saw something quite different

Sara kicked off the thread explaining that she had bought the £35.99 toothbrush on sale for £9.99.  She shared both a picture and a video of her new device.

The video, which shows the toothbrush lighting up and vibrating, got people particularly confused, as well as the brush’s general size and colour: blush pink.

The initial reaction of most people was to ask for the details about the amazing deal, but quickly enough, plenty of people tried their hand at riskier jokes. 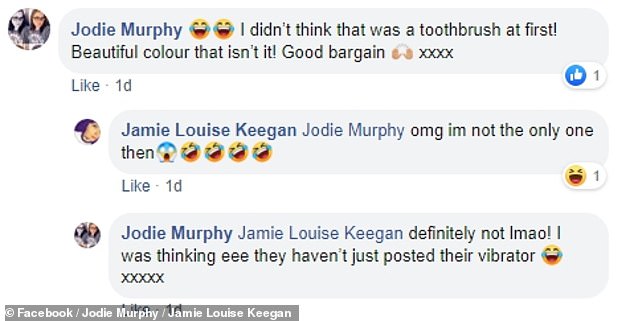 ‘I had to look at that twice there,’ one wrote.

‘I thought you was holding something else,’ one wrote.

‘Tooth brush? Oopst appologize for my dirty mind,’ another commented.

‘Sorry…but when I first glanced at the pic on the right, I didn’t think it was a tooth brush.

‘Glad I’m not the only one with a mind in the gutter’ replied another. 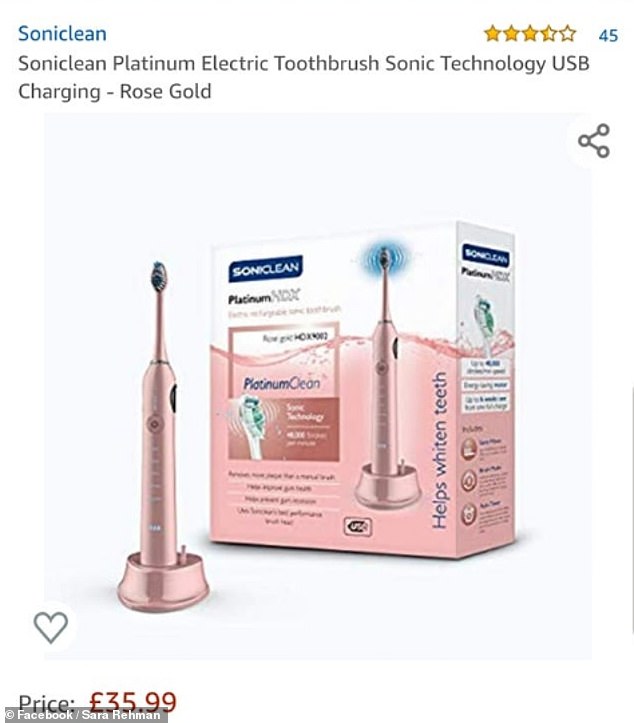 Sara also shared a picture of the toothbrush as seen on Amazon, which had gone back to its original price of £35.99

‘I didn’t think that was a toothbrush at first! Beautiful colour that isn’t it! Good bargain,’ one said.

Sara, meanwhile, was not phased by the comments on her post comparing her new toothbrush to an operated device, while others rushed to Amazon to get their hands on the product.