Over the past few years, Meghan Markle has been spotted reaching for her earrings, or touching her ears. Express.co.uk spoke to body language expert Judi James who explained why the Duchess of Sussex carries out this ritual.

“Meghan will often be seen touching her hair in public,” Judi said. “But this earring touch is much more of a signature gesture which, with no real practical use, is more likely to suggest an emotional or spontaneous, habit response to the cameras.

“The hand rarely even meets the earrings, making it both a truncated gesture.

“One purpose then is to act as a truncated barrier in public, something that might make her feel a little more comfortable that just standing with her arms to her side.

“This would make it a distant relative of folded arms or legs. 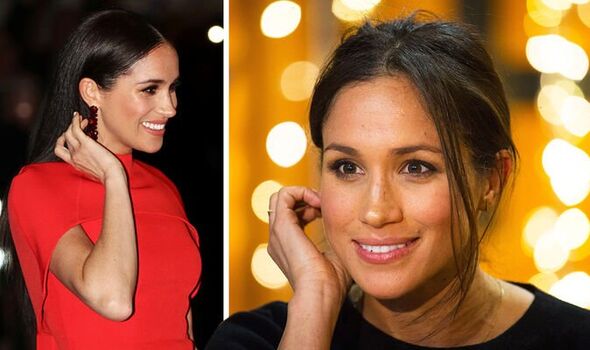 “Most of the royals, including Harry, have body language traits that suggest a desire to create some form of body barrier in public and they are all truncated gestures.

“Harry pretends to be buttoning his jacket and Charles will mime the act of checking his cufflinks or watch.

“Even the Queen can be seen moving her bag on her arm, which allows her to bring her free arm up across her body for a few seconds,” she added.

“Fiddling or touch gestures are usually self-comfort rituals, suggesting inner anxiety, but as Meghan’s fingers rarely reach her ear or earring she doesn’t seem to be doing this for reassurance.

“There are other stronger potential reasons for this gesture in Meghan’s case though,” Judi continued.

“Apart for being a partial barrier ritual it also directs attention to her face, which could make it a self-flattering ritual, too.

“Meghan’s photo shoots as an actress and beauty will have involved posing with a hand to the face to add some movement to a head shot. 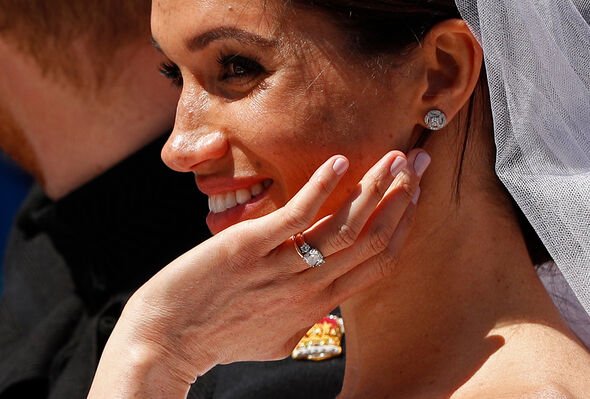 “It breaks up a pose as well as pointing attention to the face, making this a professional signature pose that she might adopt naturally when there are cameras around.

“Meghan’s high levels of confidence when she is appearing in public tend to make this a more likely reason for the gesture than the creating of any ‘security barrier,’” the expert said.

As for the times Meghan was photographed touching her earrings, one momumental moment was on her wedding day.

After saying “I do” to Prince Harry, Meghan and her new husband rode in a carriage through the hoards of public that had been waiting for hours for the procession. 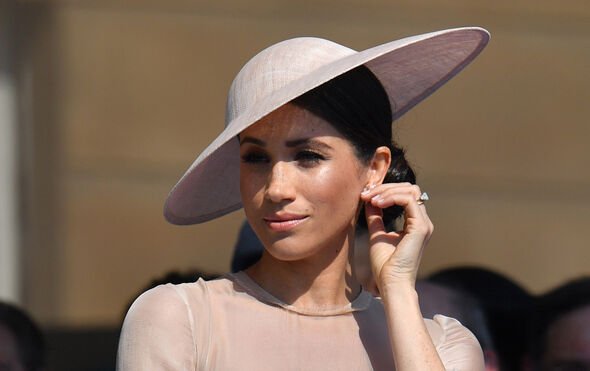 Following this, when she joined Prince Charles for his 70th birthday celebrations at Buckingham Palace Garden, Meghan was seen standing on the sidelines when Harry made his speech, looking a little uncomfortable, and so she reached for her earrings.

When Meghan and Harry visited Brixton radio station, the Duchess was seen listening intently to someone speak and sat with her elbow on the table and hand fiddling with her earrings.

Similarly, when she attended the Mountbatten Music Festival, Meghan couldn’t help but reach for her ears when walking out to the hoards of photographers.