Home » Lifestyle » DR MAX PEMBERTON: Why it's so hard to give up drink for 31 days DR MAX PEMBERTON: Why it's so hard to give up drink for 31 days

DR MAX PEMBERTON: Why it’s so hard to give up drink for 31 days

January is often the time when people give alcohol a break. It gives people an opportunity to see what life is like without booze, and I often advise my patients to give Dry January a go, as I think it helps everyone understand themselves and the role alcohol plays in their lives.

Despite this, a recent survey has found that around half of those who attempt it give up by the second week, and are back to their old drinking habits before the month is up.

Why is it so hard to stop drinking for just 31 days?

I think there are a number of reasons. Firstly, we all have a tendency to throw in the towel when we slip up. Psychologists call this ‘all or nothing thinking’. Not only is it very common, it is also very unhelpful.

We tend to think that if we mess up once, then everything is ruined and, therefore, there’s no point in continuing. People do the same thing with diets. In fact, they do it all the time in different areas of their life. 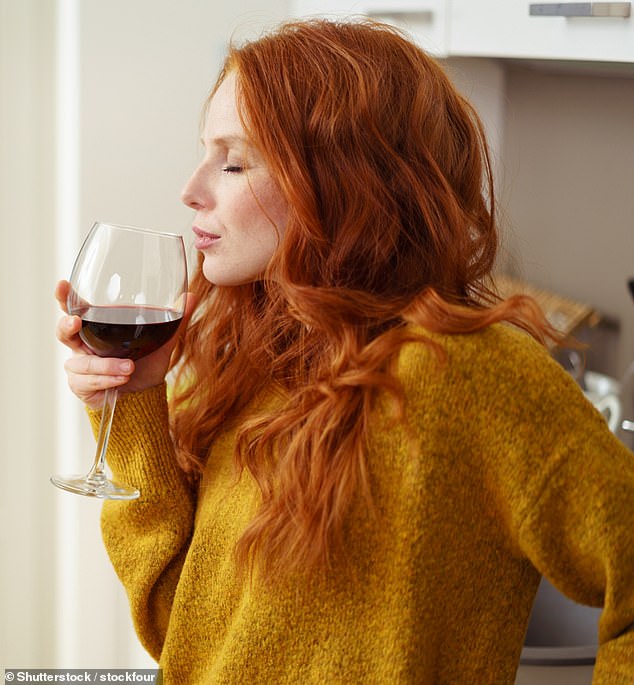 Yet the truth is quite the opposite. We can learn from why we slipped up and this can help us to prepare and plan for potential slip-ups in the future.

Having one drink doesn’t mean you have permission to give up. Resist the temptation to cave in and, instead, analyse what went wrong and what you can do to avoid it next time.

I’m not a puritan when it comes to alcohol. I understand it has an important social function, and, certainly, the first time you pledge to stop drinking for a block of time it can be incredibly daunting. People can be self-conscious about not drinking at social occasions and often have a sense that they are denying themselves something.

While these thoughts can be helpful to challenge (why is it almost expected for people to get drunk at a wedding, for example?), I’d rather someone allow themselves to break Dry January for an event or two, and stick to it the rest of the time, than not try it at all. Giving up can still help us learn about our relationship with drink.

So, if you know there’s a date in the month when you really will want to have a drink (a special occasion, for example), rather than beat yourself up about this or, worse, use it as an excuse to quit Dry January, give yourself two free passes instead.

Allow yourself two occasions over the month when you consciously allow yourself to drink. This isn’t cheating, it’s planning ahead. You don’t have to use either of them, of course, but you can if you want to.

Whatever you do, don’t avoid going out and socialising. This is a mistake. It’s based on the false idea that you need to drink to be able to enjoy yourself in other people’s company.

Instead, you should go out for meals or to social gatherings and then see how they can actually be even more enjoyable when you’re not drunk. You may find you can have more interesting and in-depth conversations with people — and, what’s more, you actually remember them later, and in detail. 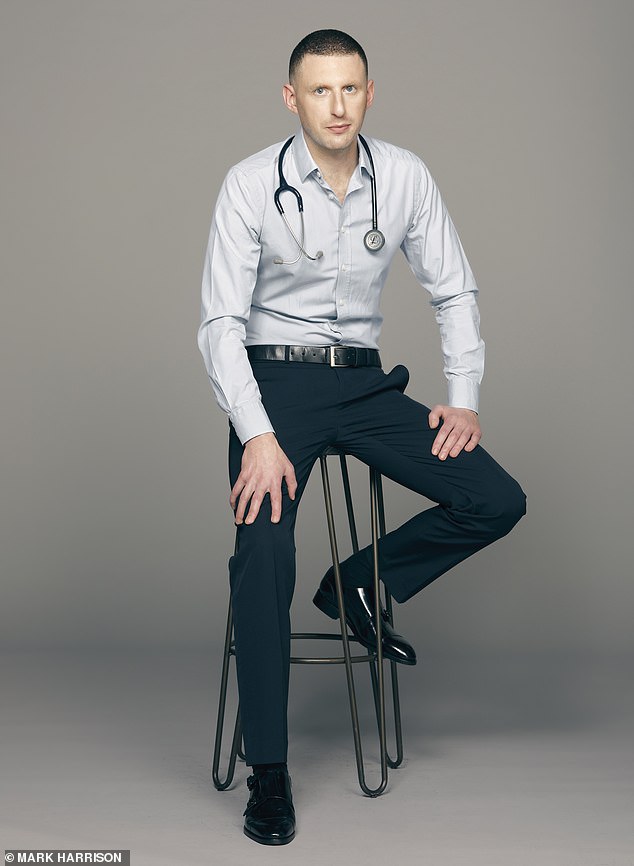 Dr Max Pemberton (pictured) said if you realise that you’re struggling without alcohol, then take this as a sign that you have a problem and need some help

But there’s another, more serious reason why I think people have trouble sticking with Dry January, and that is dependency.

If you realise that you’re struggling without alcohol, then take this as a sign that you have a problem and need some help.

This might even be physical dependency, which is serious as it can lead to seizures. Stopping drinking alcohol abruptly if you’re physically dependent can be dangerous, so if you’ve given up drinking and have noticed that you’re sweating, feeling unwell or shaking, then you should stop Dry January and see a doctor as soon as possible.

Far more common are the mental cravings that make people cave in, which is a sign of psychological dependency.

While this isn’t dangerous in the same way as physical dependency, it is still a clear indication of addiction.

Feeling that you can’t go without a drink, worrying about how you’ll cope, hiding your drinking or having to lie about it are all indications that you have become psychologically dependent on it.

Psychotherapy is incredibly effective in helping people overcome this, but they first have to realise they have a problem — and this, I think, is where Dry January comes in.

Research into drinking habits over the course of the corona-virus pandemic has shown there’s been a worrying spike in binge-drinking in the over-50s, with the results suggesting that nearly one in four drinkers may be at high risk or possibly dependent on alcohol.

These people are going to struggle with Dry January, but many won’t realise they have a problem unless they actually try to go without for a month.

Alcohol killed more people in England and Wales in 2020 than in any of the previous 20 years. Coming to an understanding that you have a problem with drink is the first step in addressing it — and it’s no exaggeration to say that, for some, Dry January is a life-saver. 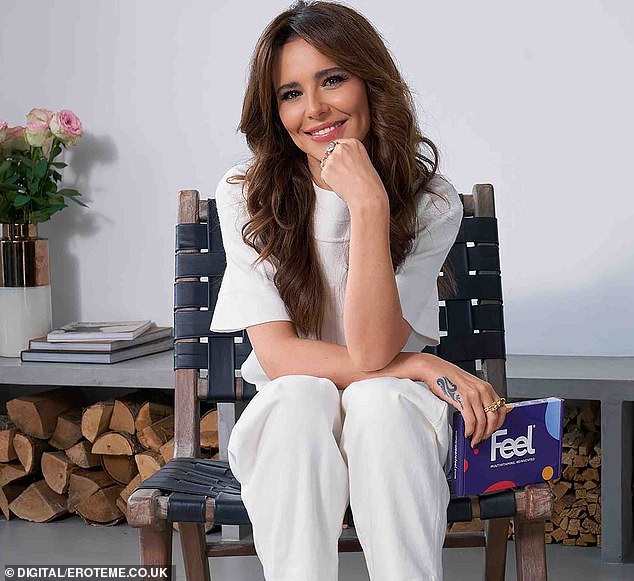 Pop star Cheryl (pictured) has revealed that she still does her own cleaning, despite her wealth and success

In an interview last week, pop star Cheryl admitted that, despite her wealth and success, she still does her own cleaning.

Good on her! So do I. I’ll admit I have some help with the washing and ironing, but I like nothing more than doing my own housework. There’s something incredibly therapeutic about it.

It also works on a psychological level, creating a sense of order and control. If I’m feeling stressed, I’ll actively look for some chores to take my mind off things for a few hours. It gives me a tremendous sense of achievement and is very relaxing. Until someone comes in with muddy shoes on, of course.

At the heart of this is the idea that by cutting out large amounts of foods that are bad for you (and some that are good for you), the body is given time to recuperate. It ignores the fact that a few weeks of avoiding foods such as saturated fats will not make any long-term impact on your health if you resume eating them the rest of the year, because they’re still going to fur up your arteries.

Tim Spector, professor of genetic epidemiology at King’s College London, says he worries that ‘veganuary’ followers do too little research about plant-based diets, so many end up eating meals full of salt, fat, additives and sugar. For a few people, yes, it might introduce them to healthier foods, but please don’t kid yourself that giving up animal products for one month is going to make a jot of difference to your long-term health. 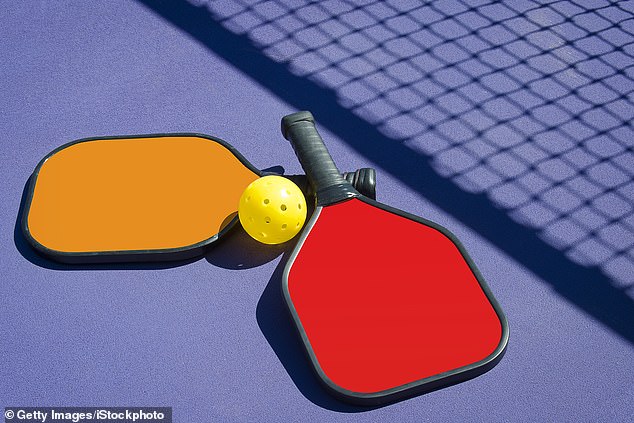 A hybrid of tennis, badminton and ping-pong is the fastest growing sport in the U.S (file image)

The fastest growing sport in the U.S. is now capturing the imagination here. It’s a hybrid of tennis, badminton and ping-pong that’s ideal for the less fit among us as it doesn’t involve as much running around as other raquet sports. To find a court near you, go to pickleballengland.org.

Dan Jones launches hunt for intruder breaking into his £50,000 Tesla to watch NETFLIX

Can a £2k pair of dumbbells EVER be worth it?
Recent Posts