Calling all Dolly Parton fans: If you’re looking to rest your head after working from "9 to 5," why not do it in the icon's "most recent personal sanctuary?"

Parton’s colorful tour bus – where she spent over 15 years traveling the country – is now available for a minimum two-night stay at Dollywood’s DreamMore Resort & Spa and costs a pretty penny, starting at an eye-popping $10,000.

"All of the profits from every stay are going to go directly to Dolly Parton's Imagination Library, which has given more than 200 million books to kids all around the world since 1995," Dollywood spokesperson Jennifer Webb told FOX Business’ Madison Alworth on "Mornings with Maria" Tuesday.

Originally designed by Dolly and her sisters, the tour bus was acquired by the hotel in March and offers a behind-the-scenes look into the legendary country singer’s life on the road, as well as the intimate spaces where she wrote dozens of songs and worked on numerous hit projects, a website description states.

"‘Backwoods Barbie,’ ‘9 to 5: The Musical,’ those are going to be some that fans recognize," Webb noted. "But really, anything that she's done in the last 15 years, you can bet she probably wrote and worked on, on this bus." 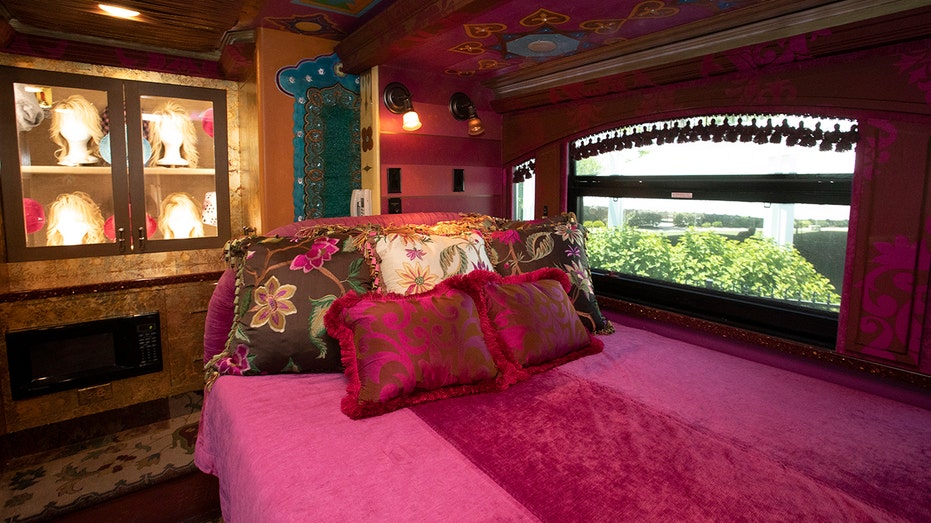 Guests at Dollywood’s DreamMore Resort can rent out Dolly Parton’s 15-year tour bus for a minimum of $10,000 for two nights. (The Dollywood Company/Curtis Hilbun)

The exclusive stay also includes special accommodations and additional experiences, such as the option to bring along four additional guests and indulge in a private dinner on the bus.

Covered in hand-painted murals, bright colors and tour memorabilia, this Prevost bus was designed to be comfortable for long trips as Parton doesn’t like flying, according to a press release. Numerous upgrades and additions were made to its interior, including a full-size refrigerator, full bathtub, closet, wig cabinet and electric doors.

In order to install the fridge, the tour bus’ front windshield had to come off; and three of the six bunk beds were taken out for enough room to build Dolly’s touring wardrobe closet, Madison Alworth reported. 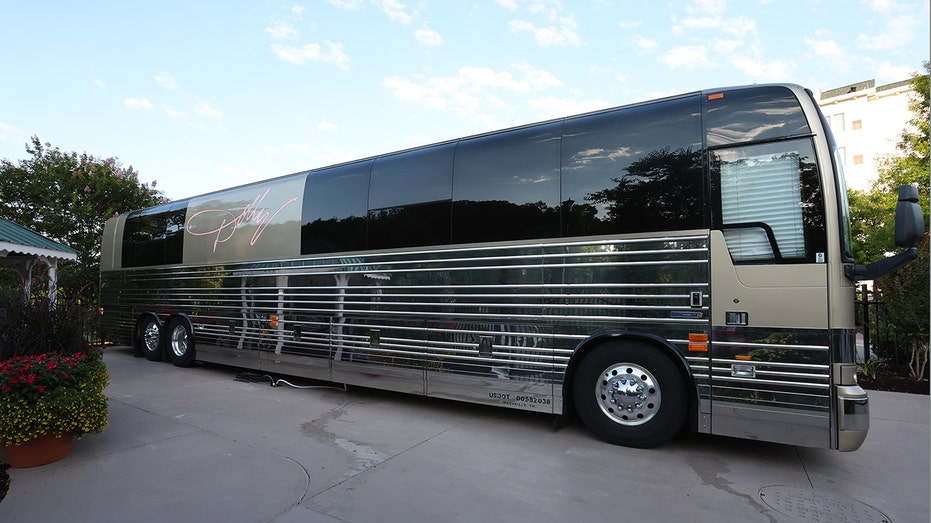 Dolly Parton’s tour bus was nicknamed the “Gypsy Wagon,” according to a press release. (The Dollywood Company/Curtis Hilbun)

Preferring to have her own personal space on the road and rarely staying in hotels while headlining more than 60 cities across North America, the Dolly Suite 1986 welcomes guests to the singer’s home away from home.

Over the years Parton’s tour bus was often referred to by the nickname "Gypsy Wagon."

"I have homes all over the United States, but my favorite place is the bus because that way I can just feel those wheels rolling; I’m a true gypsy at heart," Parton said in a press release. 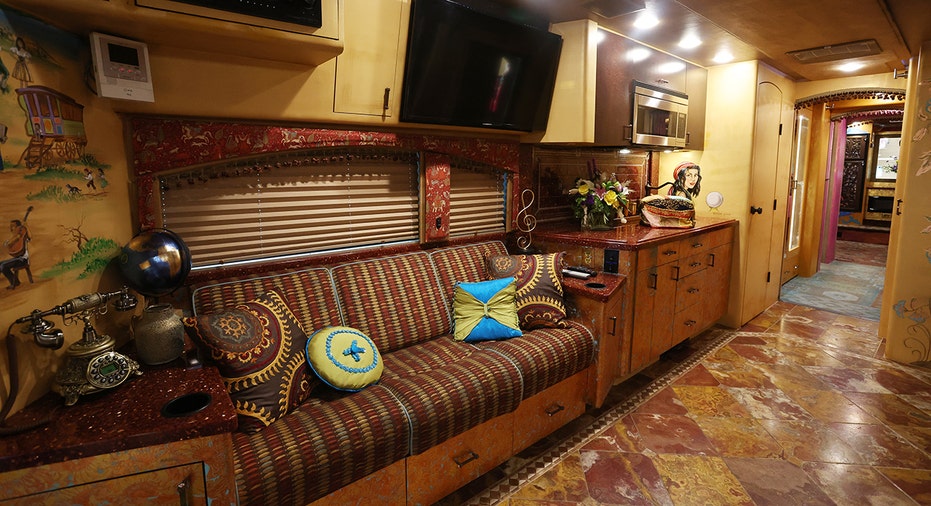 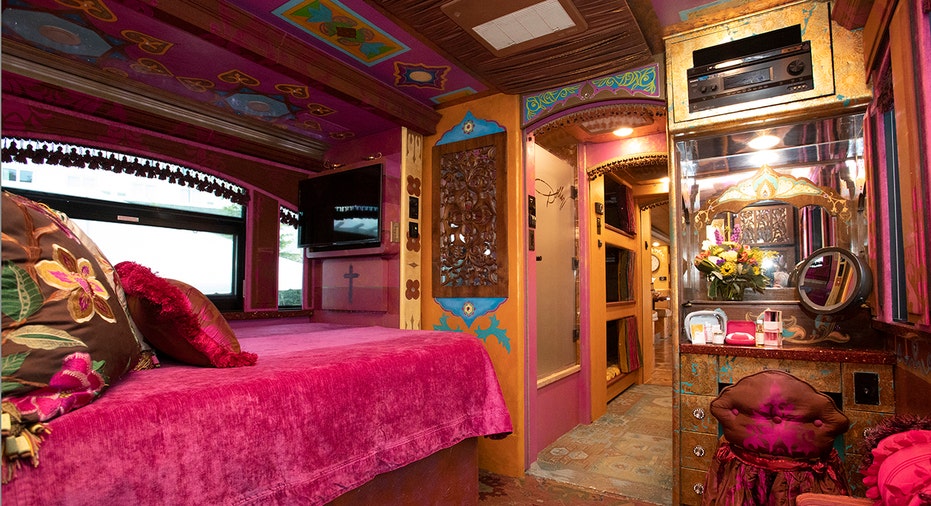 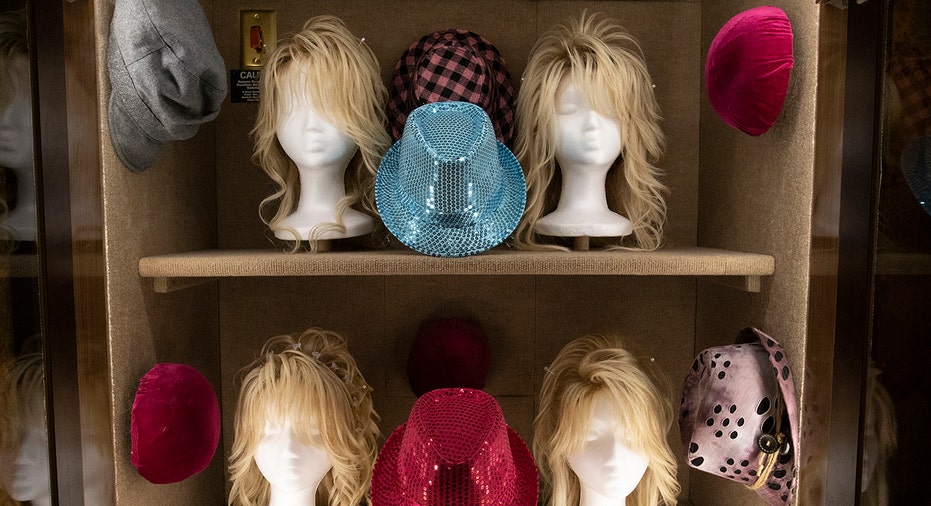 To request a stay at Suite 1986 and get to feel the Dolly magic for yourself, guests can fill out a submission form on Dollywood’s website, and a representative will reportedly be in touch within 48 hours.

Parton, who was born and raised in Tennessee where the tour bus currently resides, has won 11 Grammy Awards throughout her country music career, and in 2011 was presented the Grammy Lifetime Achievement Award. Her philanthropic efforts with the Dollywood Foundation has provided books for children ages 0-5, and college scholarships to five deserving students each year.