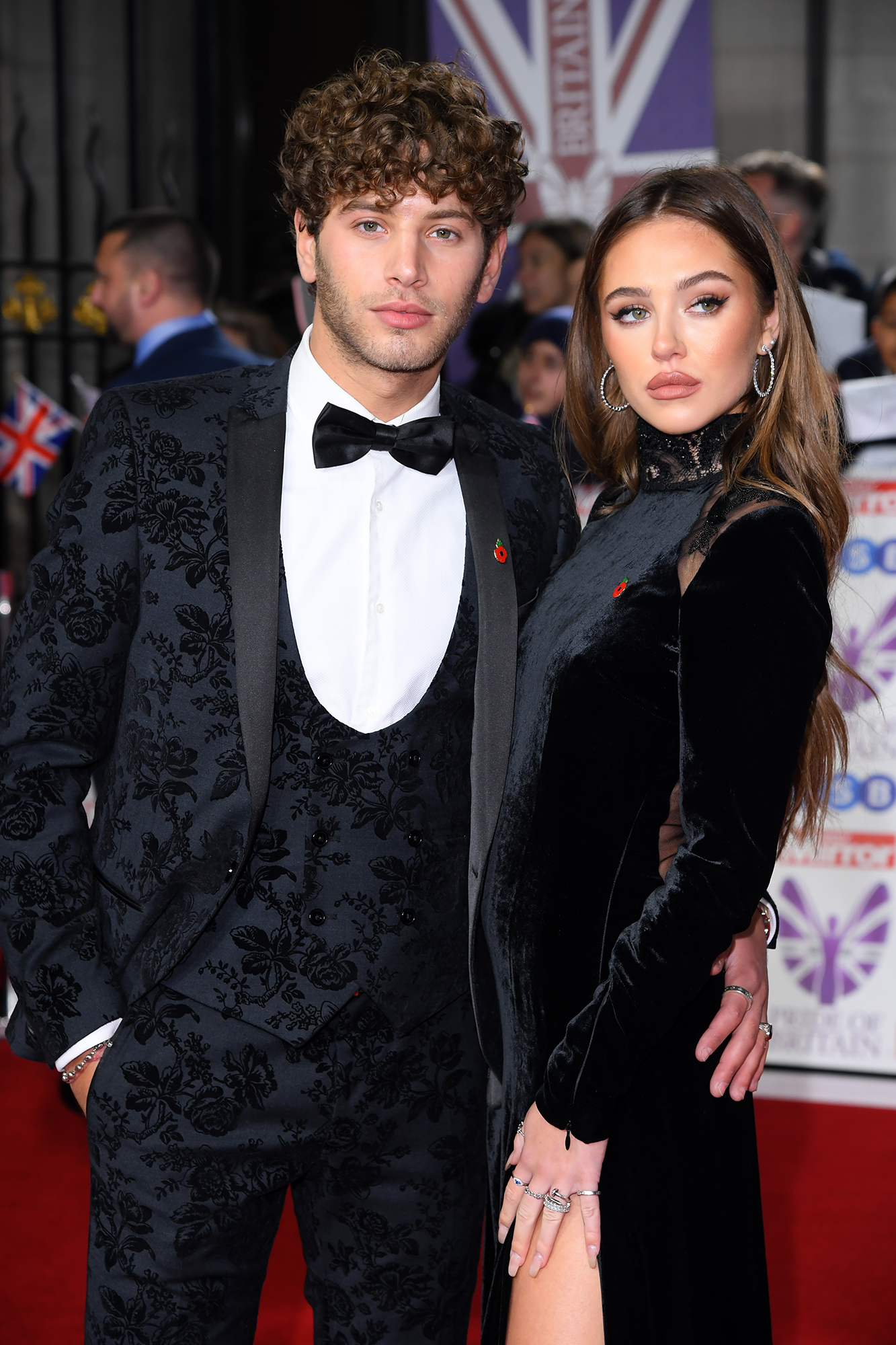 Leaning on her man. As Delilah Belle Hamlin deals with her recent health struggles, the model has been relying on her family and boyfriend Eyal Booker.

“[Eyal]’s been super supportive all along,” a source exclusively tells Us Weekly about the couple, noting that “it’s been hard on him too but he’s 100 percent there for her.”

The couple, who started dating in 2019, have had to adjust to a long-distance relationship amid the coronavirus pandemic.

“Delilah and Eyal have been together this entire time. They were apart for a bit when he was in Europe, but they always come back to each other,” the insider reveals. “He can’t stay here in the U.S. for long periods of time and she can’t spend too long in London, mainly because of the COVID-19 travel restrictions.”

Hamlin, 23, has found Booker, 26, to be “her rock” as she attempts to get answers about her health issues. The California native opened up about her “scary” journey in an emotional video earlier this month.

“Basically, in the beginning of the year, I want to say February and March, is when I got my COVID-19 vaccine,” she explained on Tuesday, November 2. “And after the second vaccine, I was sick for, like, 36 hours. I felt like my bones were breaking but, like, whatever. … That’s when everything kind of started.”

Hamlin clarified that she wasn’t against the vaccine, but that her second dose “triggered certain autoimmune diseases” that she didn’t know she was dealing with at the time.

“I started getting really sick, I started feeling like I had the flu. I was getting migraines, I was having panic attacks — it was like my body was in constant ‘fight or flight’ mode. It was horrible,” she noted. “I just knew in my gut that there was something else wrong.”

The panic attacks became a terrifying time for Hamlin, which her boyfriend tried to help her with.

“It was actually getting really scary to the point where Eyal didn’t know what to do. My boyfriend was taking me to the hospital, calling ambulances, crying,” she recalled. “I don’t know, it was a lot.”

Lisa Rinna‘s daughter attempted to seek treatment with a psychiatrist, who over-prescribed her and that led to a dependency on Xanax.

“I overdosed on this one medication called Propranolol. I took Benadryl with it and, for some reason, I ended up in the hospital,” she revealed in the video. “I had already come down on the Xanax. I wasn’t like a drug addict, but my body was dependent on it because of how much the doctor had prescribed me.” 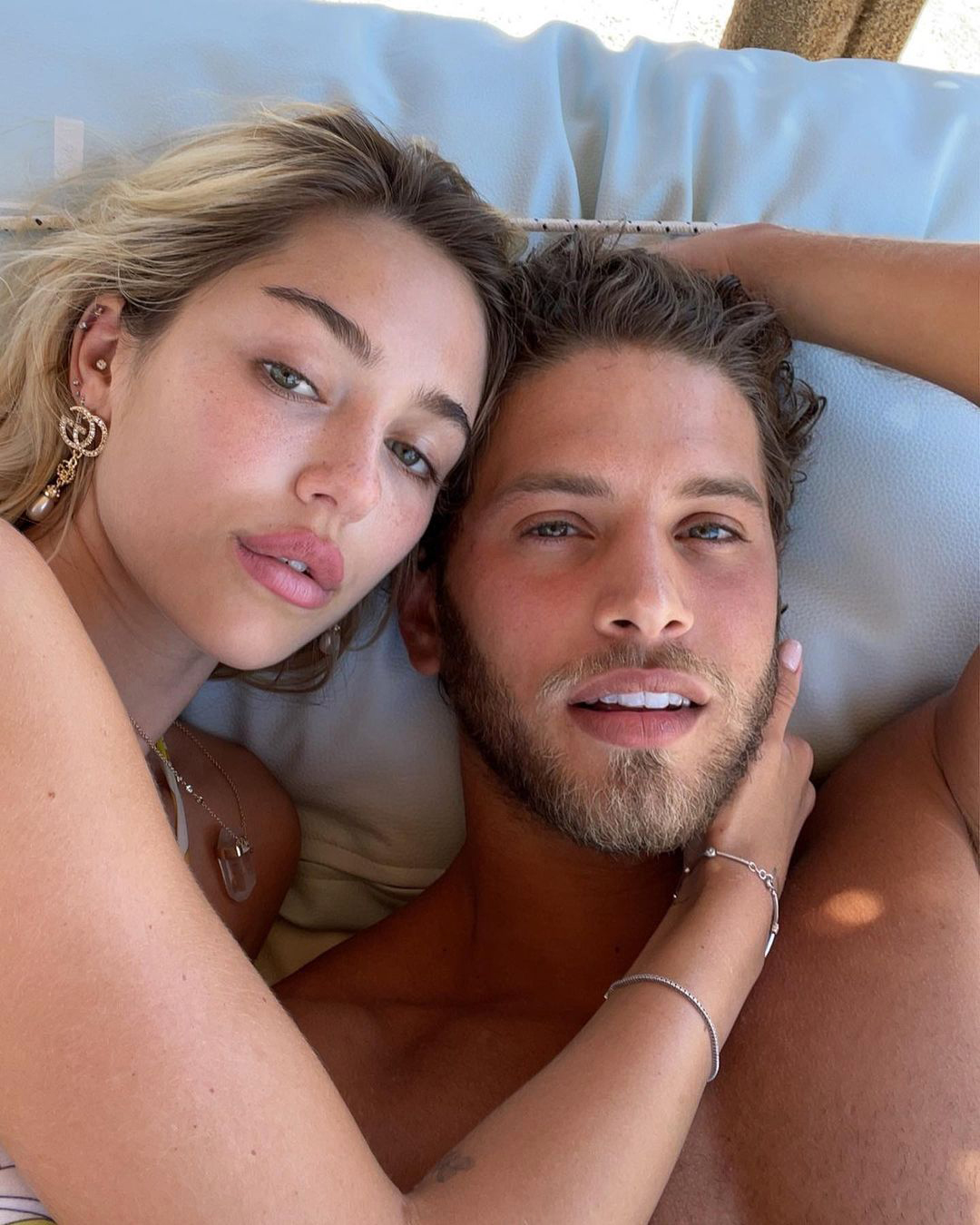 Although Hamlin visited a treatment center, which she clarified wasn’t a rehab facility, she ended up leaving because her mental health continued to deteriorate.

“Everything seemed to work. I cut down so much on my Xanax [use]. … [But] I’m having seizures left and right,” Hamlin detailed, adding that mentally she is “not great” at the moment. “I’m feeling hopeless since the last place I went to didn’t really work out. I can look perfectly fine and feel perfectly horrible. That’s just that. That’s something I struggle with mentally, is feeling believed.”

Booker praised his girlfriend for her honesty in the comments section of the Instagram post, writing, “I love you & know you will get better. Day by day ❤️,” he wrote. “So proud of you for continuing to fight xxxx.”

According to the source, Delilah continues to lean on her loved ones during this difficult situation.

“Her family is always really supportive. She’s always FaceTiming with her mom when they’re not together. She’s very close with her dad [Harry Hamlin] too of course,” the insider told Us. “Her sister Amelia [Grey Hamlin] is still her best friend – that won’t ever change – and is always there for her whenever she needs to talk.”

If you or someone you know is struggling with substance abuse, contact the Substance Abuse and Mental Health Services Administration (SAMHSA) National Helpline at 1-800-662-HELP (4357).

Swap Your Waffles For Pie! Here Is Every Gossip Girl Thanksgiving Episode, Ranked