Community and charity groups are dealing with plummeting rates of volunteering, and Charities Minister Andrew Leigh is on a mission not only to stem the drop-off but halt the crisis in community participation.

Reports compiled by the Australian Charities and Not-for-profits Commission (ACNC) show the number of volunteers has been steadily falling each year. It estimated there were 3.3 million volunteers in 2020, and the census found just over 2.9 million people had done voluntary work in 2021, or about 14 per cent of those who answered. 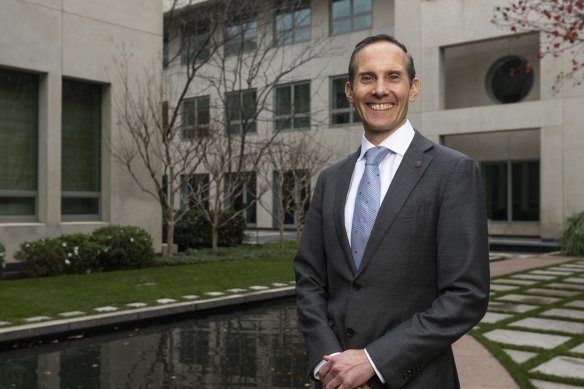 Charities Minister Andrew Leigh wants to tackle what he sees as a collapse in community life.Credit:Rhett Wyman

At crisis helpline Lifeline, the search for volunteers is a constant and has been exacerbated by the pandemic.

“Our phones are ringing. 24/7, obviously, and tech service now is 24/7 – and [we have] around 3000 phone calls a day. So we always need more volunteers at Lifeline, that’s for sure,” acting chief executive Robert Sams said.

Lifeline had experienced a small peak of people looking to help out in the early days of the pandemic when they suddenly weren’t working or going out, but that had dropped away again.

“We hear across the sector, and definitely here at Lifeline, that, for one, their availability, volunteers are affected [by illness] like all of us, and two, I think people are genuinely tired and fatigued. There’s been a lot in the last two years to cope with,” Sams said. 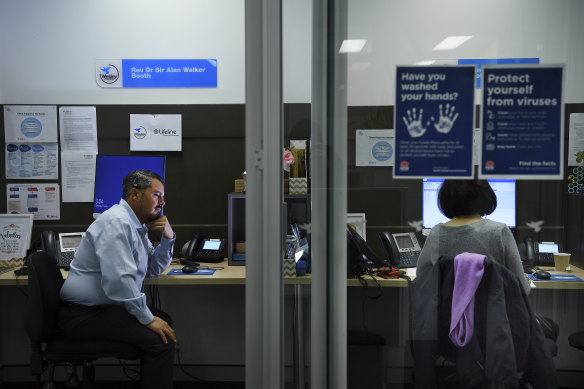 Lifeline experienced a small peak of people looking to help out in the early days of the pandemic but that has dropped away again.Credit:Kate Geraghty

As well, volunteering tended to be a discretionary thing for people and thus was one of the things they dropped as they looked for more space in their life.

But Leigh says the problem is broader than volunteerism. Australians are now less likely to be a member of a community organisation, go to religious services, be a union member, play a team sport, give blood, and don’t have as many friends or know as many neighbours as they used to.

“I’m trying to use the charities portfolio as a community-building portfolio to deal with what I think is one of the biggest challenges that Australia faces, which is the collapse of community life,” he said.

There are more than 46,000 charities registered with the national watchdog and Leigh has aspirations to meet them all – or as many as he can.

He’ll make a start over the next fortnight with a series of roundtables planned in every capital city, before expanding to regional areas. The minister wants to hear from the sector about what government can do to help rebuild the civic community.

“This stuff has typically been regarded as not the job of government. But I reckon it absolutely is. And I think reconnecting community is just so fundamental to building a better nation,” Leigh said.

ACNC data shows revenue to charities increased by about $10 billion in 2020 – including many donations made in response to the Black Summer bushfires – but expenses increased by $10.2 billion in the same period. Donations account for about 7 per cent of all revenue and are concentrated mainly in the largest charities.

Labor has a target to double philanthropy in Australia by 2030.

It also wants to cut red tape for charities by making sure every state and territory has the same laws for fundraising, especially online drives, which Leigh says will free them up to spend more time and money on recruiting volunteers. Treasury will also advise on other ways to boost productivity for charities.

Fran Kelly is fine and familiar, but she’s not the future of the ABC
Recent Posts