CRAIG BROWN: You can’t always get a chihuahua! As Mick Jagger releases a new song, how his lyrics can leave you befuddled

Without doubt, Sir Mick Jagger is a heroic figure. Unlike other rock stars of his vintage, he still manages to sing and dance with all the vitality of a man in his 20s.

But enunciation has never been his strong point. If, like Eliza Doolittle, he were to be asked to sing ‘The rain in Spain stays mainly on the plain’, it would come out as ‘Dur rhymin’ spine says minely armour plyeen’.

This means that, most of the time, the words he sings are unintelligible. I must have heard songs like Honky Tonk Women, Brown Sugar and Jumpin’ Jack Flash at least ten times a year for the past 50 years, possibly more, but I still couldn’t tell you what he’s on about. 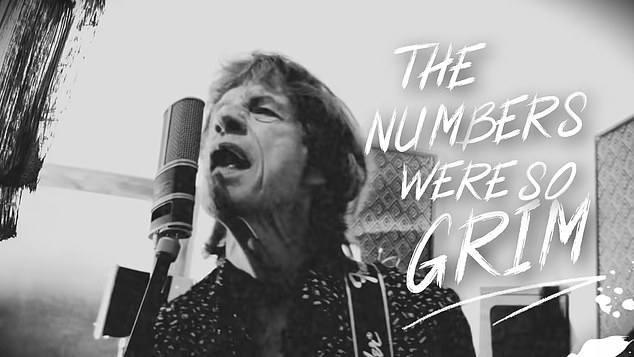 Mick Jagger and Dave Grohl released a new song addressing various elements of the pandemic, including a slight on the government

But others hear it differently. ‘Old Joe said she copped a pile of pills’ is the most popular mishearing. But what Sir Mick actually sings is ‘Gold coast slave ship bound for cotton fields’.

Luckily, the sound of the Stones takes precedence over the sense, so it doesn’t really matter. The same could be said of most opera: much of it is unintelligible but glorious nonetheless.

In the case of the Stones’ ‘I’ll never leave your pizza burnin’,’ may be more useful to you than ‘I’ll never be your beast of burden’.

All of which brings me to the exciting news that Mick Jagger has released a new song, all about lockdown. 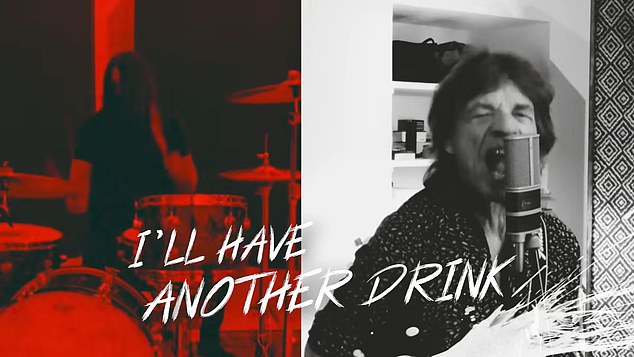 The Rolling Stones frontman, 77, branded the powers that be ‘pr***s’ as he belted out Easy Sleazy while playing guitar alongside the Foo Fighters’ Dave Grohl, 52

Like most Stones records, Easy Sleazy is primarily a dance number. This could make it a curious addition to future dance floors. Did Londoners in the late 17th century dance the hokey-cokey to a lively little number about the Great Plague?

But, once again, Sir Mick’s slurring of words leaves plenty of room for misinterpretation.

Once the song gets going, there are plenty of traps for the unwary. For instance, I thought I heard ‘Looking at the drums and the like her crime comes’, and wondered what on earth he was on about. Scanning the official lyric sheet, I found that Sir Mick is actually singing ‘Looking at the graphs with a magnifying glass’, which certainly makes more sense.

Further on, I heard ‘don’t forsake applause’ rather than ‘football’s fake applause’. Then I thought I heard him singing ‘took us upper class’, which I took to be an indiscreet reference to Sir Mick’s wealth, but the lyric sheet tells me that he is actually singing ‘took a samba dance’.

Similarly, what I heard as the baffling ‘Way too much to be as the bottom lies in me’ turned out to be ‘Way too much TV, it’s lobotomising me’.

And the next line — ‘Take blood away’ — is actually ‘Think I’ve put on weight.’

As the song goes on, Sir Mick’s delivery grows harder to unscramble. I heard the final verse as:

The other’s fat and cold

The office turned to stuff

And the salient’s in the deep state.

But once again, the printed lyrics tell another story:

The earth is flat and cold

The Arctic’s turned to slush

There’s aliens in the deep state.

But this is the glory of rock ‘n’ roll. You hear what you want to hear. Many farmers will embrace the Stones’ early lyric: ‘Hey! You! Get off of my plough!’ as a warning against anyone planning to trespass on agricultural machinery.

'Miami Vice': How Michael Mann Became Sold on Returning to TV for the Show