Couple with £7,000 credit card debt are accused of being ‘money wasters’ by viewers after splashing out £400 on new clothes and £300 on takeaways each month on How to Save a Grand in 24 Hours

A couple with £7,000 credit card debt were slammed by How to Save A Grand in 24 Hours viewers after splashing £400 each month on new clothes.

Matt, a football coach for a Coventry City youth team, and restaurant worker Jade, from Birmingham, said they had been furloughed during the Covid pandemic and were relying on credit cards  – but were overspending by £500 a month.

With the help of Channel 4’s team of chef Gary Usher, DIY expert Eve Humphreys and cleaning wonder Peachy Clean, they ditched their £300 per month takeaway habit and Jade sorted through her bulging wardrobe.

But viewers were unimpressed with the expert advice and criticised the couple for their spending habits, with one commenting: ‘How to Save A Grand in 24 Hours is disappointing. 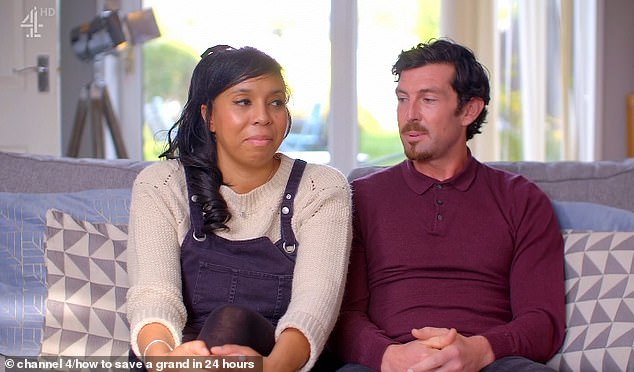 Matt and Jade, from Birmingham, who have £7,000 credit card debt were slammed by How to Save A Grand in 24 Hours viewers after splashing £400 each month on new clothes

‘It states the obvious about saving money which has been regurgitated thousands of times by other showers…Who agrees?’

Meanwhile another wrote: ‘Why don’t they ever help actual people, not people who waste money?’

At the start of the programme, Jade said she found it ‘super awkward talking about money’, saying: ‘It’s the one flaw in our relationship, the chink in our armour.’

They said they ‘loved a takeaway’, with Jade saying: ‘I cook for the kids and by the time I put them to bed it’s already getting late, and it’s just easier to wait for it than make something.’

Viewers were left baffled by the programme, with many suggesting the money saving tips were ‘obvious’

Meanwhile Jade also confessed she had a ‘shopping addiction’, saying: ‘The wardrobe is overflowing at the moment. I don’t have a clue how much and what I’ve got really.’

Anna Richardson inspected the couple’s bank statements and revealed they spent £300 on takeaways each month, 30 per cent more than the national average.

Anna revealed Jade spent £400 per month on shopping, nine times the national average, although she had no space to store the clothes because her wardrobes were full.

Anna told her: ‘We will find you ways to get the fashion hit you want without the financial hit.’ 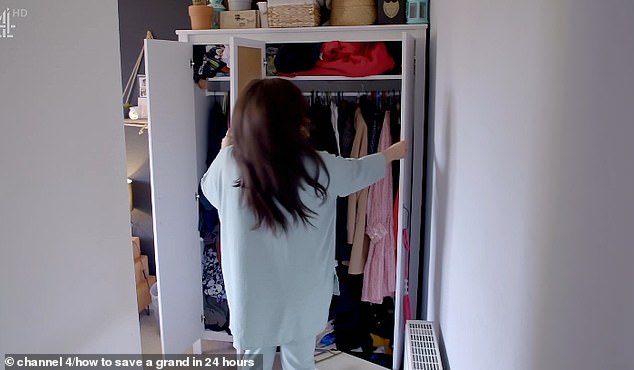 Anna revealed Jade spent £400 per month on shopping, nine times the national average, although she had no space to store the clothes because her wardrobes were full

She also revealed she wanted the couple to ‘nip the £7,000 credit card bill in the bud.’

Meanwhile Anna said they were wasting money by having two Amazon prime accounts.

The presenter brought her team in to show them how to cook more easily at home on a budget.

Tips include swapping their olive oil for a more affordable vegetable oil, and cooking with table salt instead of rock sea salt. 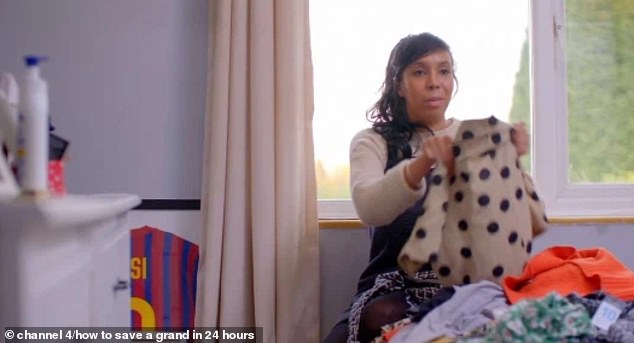 Shopaholic Anna was encouraged not to buy any new clothing for a week on the show, after wracking up £7,000 in credit card debts

Meanwhile, Jade was given a hand with clearing out her wardrobes by Peachy, who helped her to ship off the items to charity or selling them online.

Her advice included hanging similar items together in the wardrobe, before she encouraged the young mother-of-two not to buy ‘any clothes for one week.’

They also transformed the toilet of their home, with Jade saying: ‘In the toilet, I’d change the sink, get some tiles, get some accessories – dress it up. Might cost £500 or £600.’

But DIY expert Eve took on the task herself, and painted the bathroom a crisp white colour. 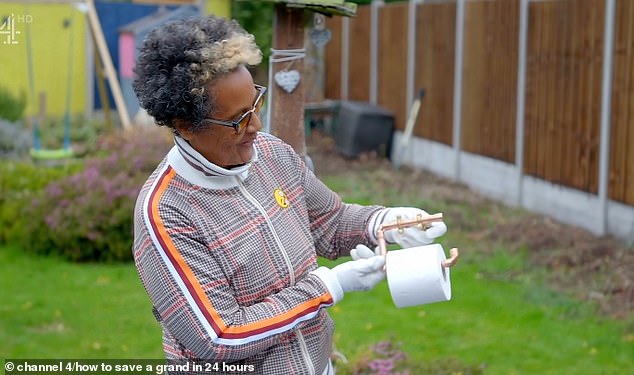 She said: ‘People use too much money on designer paint, it’s a waste of money. You can colour match it at a high street retailers.’

The couple saved £150 not hiring a decorator for the day and taking on the task alongside Eve.

Meanwhile the DIY expert also made accessories for the space, including a shelf bracket and a toilet roll holder, using a bag of bits from a plumbers, which she said would have cost £120 in total if purchased from a store.

At the end of the programme, Jade said she had felt ‘inspired to spend in the kitchen’, adding: ‘We have been spending more on general food shopping but it all levels out.’ 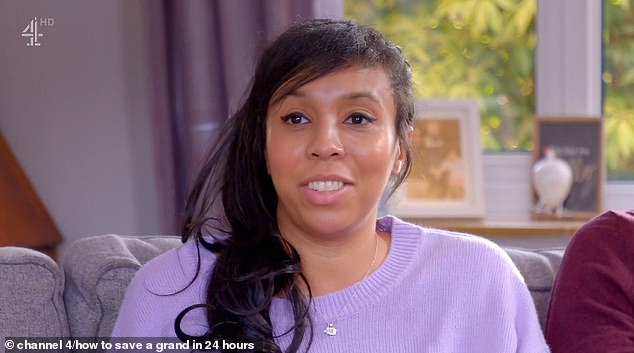 Jade said she hoped they could save £12,000 using the tips and tricks from the experts and build a yoga studio at the bottom of their garden

The couple made £360 selling items on eBay and saved £180 a month on their food bill, reducing their credit card payments by £250.

They also clawed back by cutting out unnecessary subscriptions, saving £100 a month.

Jade said she hoped they could save £12,000 using the tips and tricks from the experts and build a yoga studio at the bottom of their garden.

But viewers were left unimpressed by the programme, with some stating the tips were ‘obvious’.

Another wrote: ‘I’m sorry, how can you afford to run a house, feed kids, and spend £400 a month on clothes?? What do this couple do for work?’