A Lego-loving couple have created a bit of festive cheer by making an entire wall, fireplace and tree from the plastic blocks in their sitting room.

Mike Addis, 64, and his wife Catherine Weightman, 59, from Huntingdon, Cambridgeshire, have built amazing Lego sculptures each Christmas for the last 28 years.

Previous creations include a 21-foot London Bridge and a 12-foot replica of Ely cathedral. 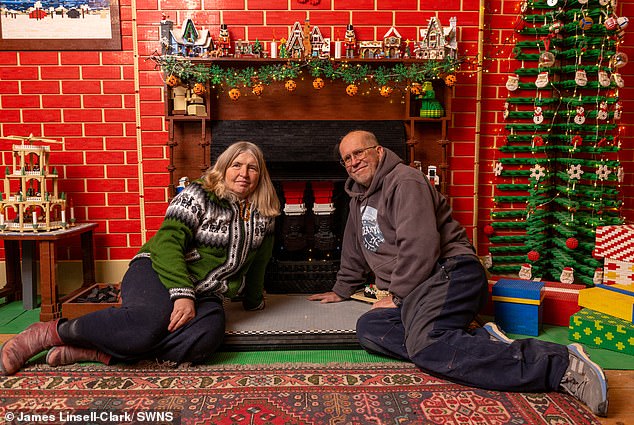 Mike Addis, 64, and his wife Catherine Weightman, 59, from Huntingdon, Cambridgeshire, have created a bit of festive cheer by making an entire wall, fireplace and tree from Lego 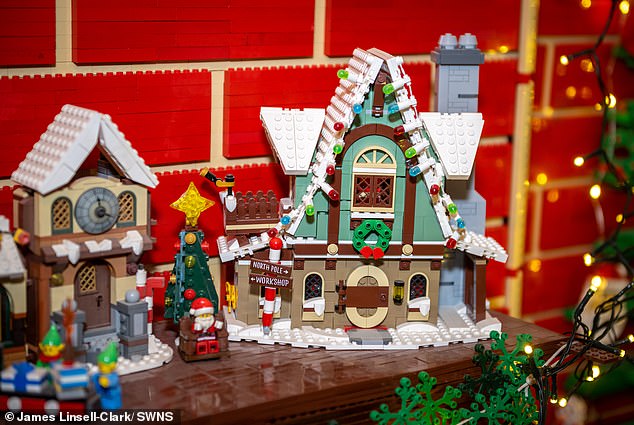 This year they have made a festive creation with a poignant nod to the cost of living crisis.

The wall which fills up their living room has an astonishing amount of detail from the Santa boots dangling from the fireplace to the Lego mince pies and matchsticks that light up Lego candles.

But apart from the incredible ingenuity needed to create the piece, it’s had the added side effect of reducing their heating bills. 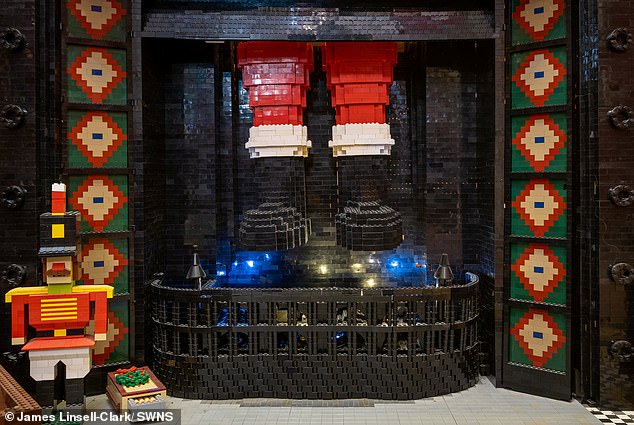 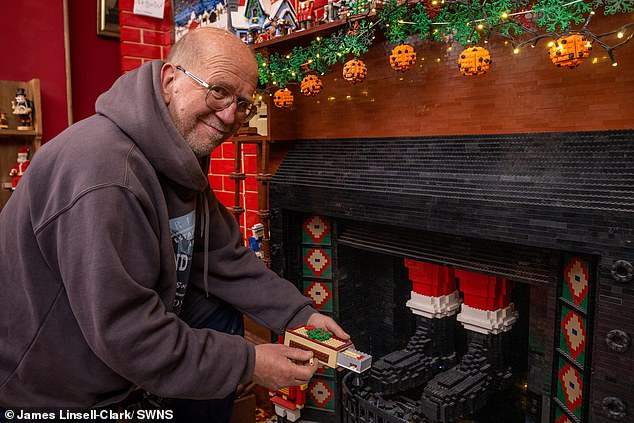 Mike said they both equally worked on the build, committing between two to four hours each evening for two months to complete it.

He said: ‘It’s quite a social thing and it keeps us warm too. You can’t believe building Lego which doesn’t involve a lot of movement would, but you could actually switch the heating off.

‘It’s all the getting up and down and fiddling around with the pieces.

‘It’s amazing even in this cold weather to not have to put the wood burner on because we’re warm enough.’ 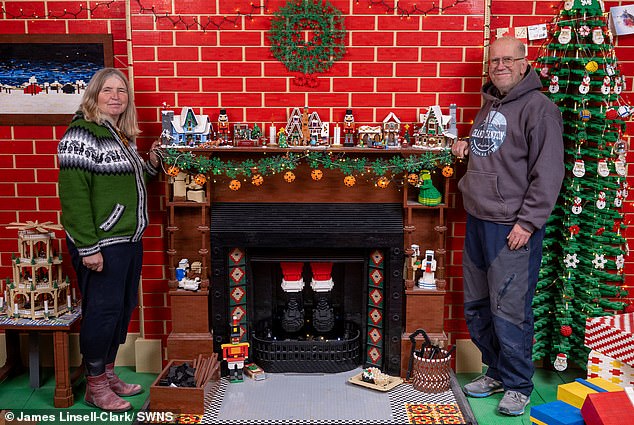 Mike said they both equally worked on the build, committing between two to four hours each evening for two months to complete it 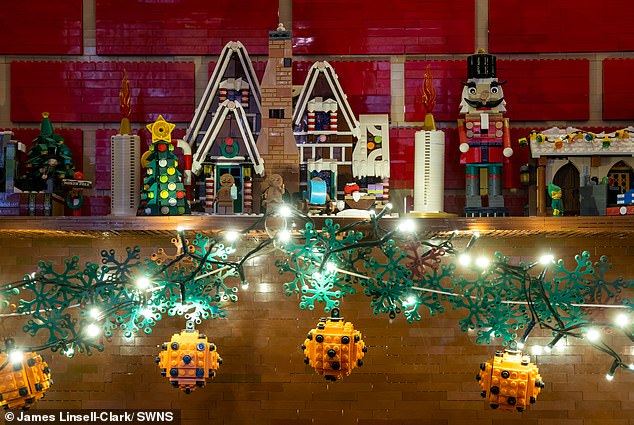 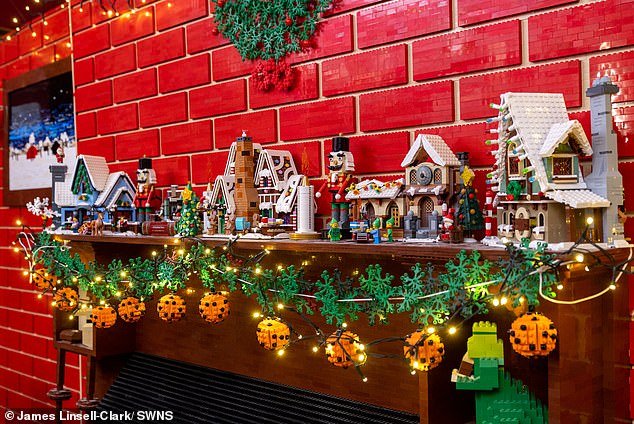 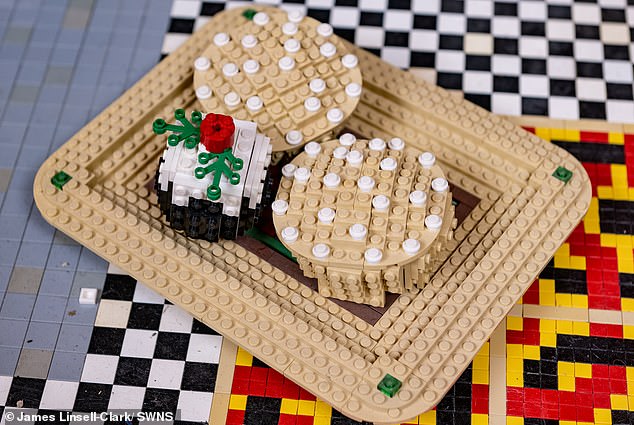 The couple used an estimated 400,000 pieces for the structure, a lot of which went into making the ‘brick’ wall stable enough.

Despite the masterpieces they have created in the past, it was the Christmas tree that was the hardest for Mike this year.

The retired economics teacher said: ‘Imagine trying to create the shape of a tree in square blocks.

‘In order to stand it upright we had to build it into the wall. The wall itself is quite heavy and is tied to our curtain rail.’ 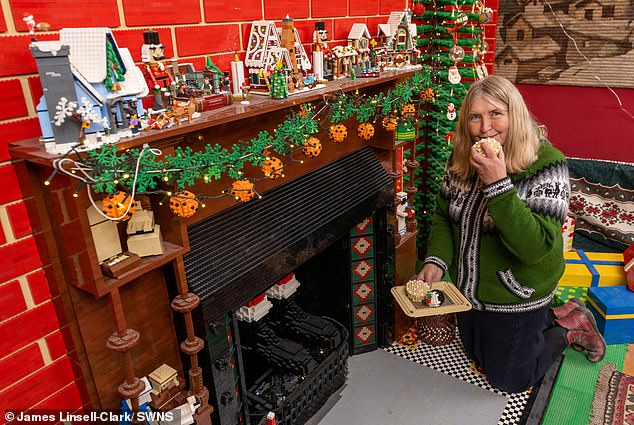 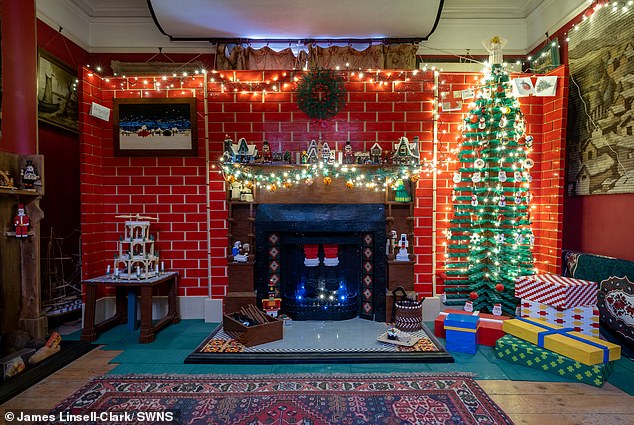 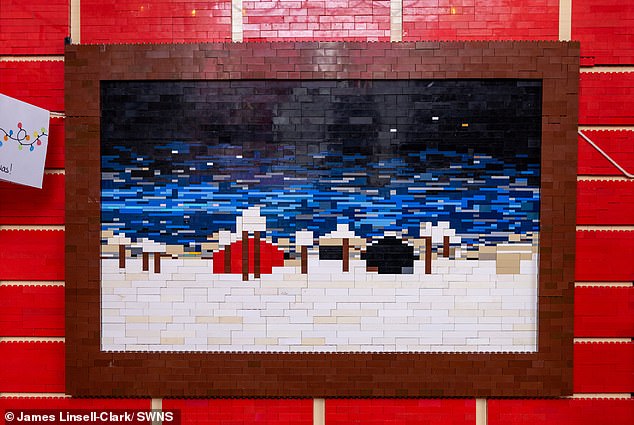 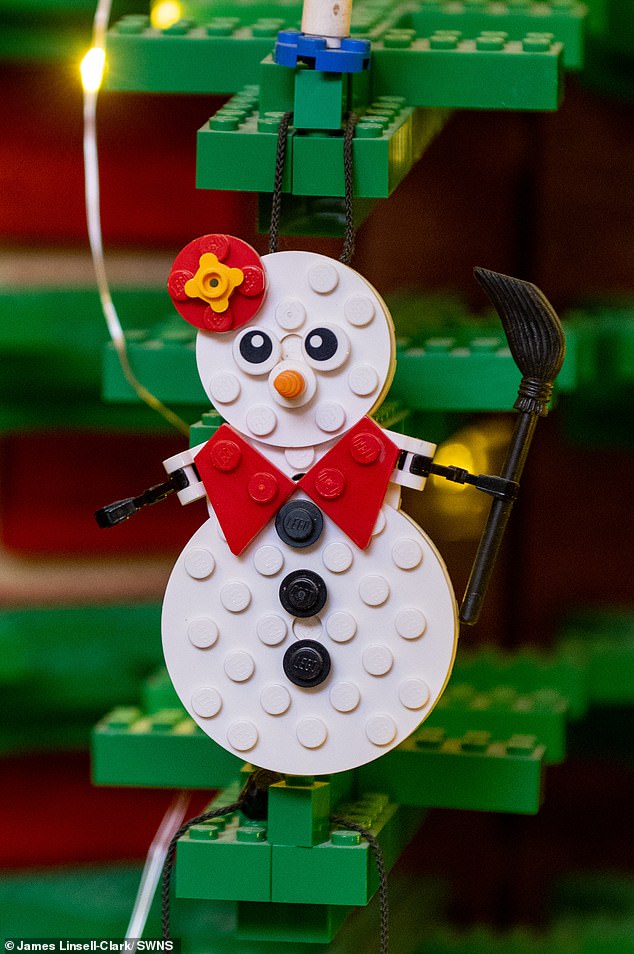 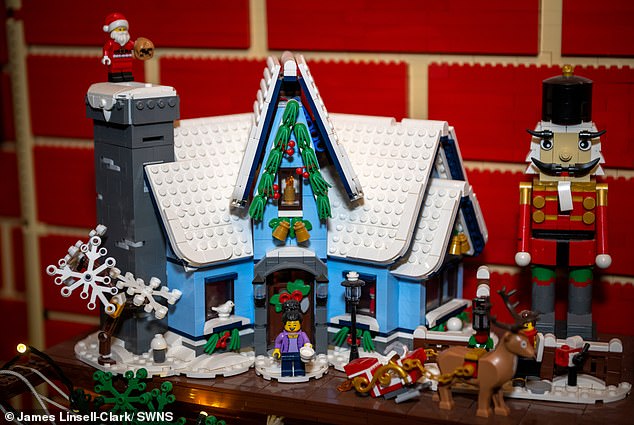 The couple started their passion by creating Lego sculptures with their children, who are all now adults and have apparently outgrown their Lego sets.

The family would feature their Lego builds in Christmas cards each year but now Mike says people expect them to do it.

He said: ‘We enjoy doing it, it’s the satisfaction of completing something so big and technically interesting. It’s better than watching telly.’

The couple then host a ‘take down’ party each January in which friends with ‘high-pressure jobs’ come with wine and food to help dismantle the structure.

The festive wall which took two months to complete will take the couple (with the help of their stressed friends) two weeks to fully take down.

LEGO becomes latest company to pull out of Russia, after halting deliveries to the country in the wake of Ukraine invasion