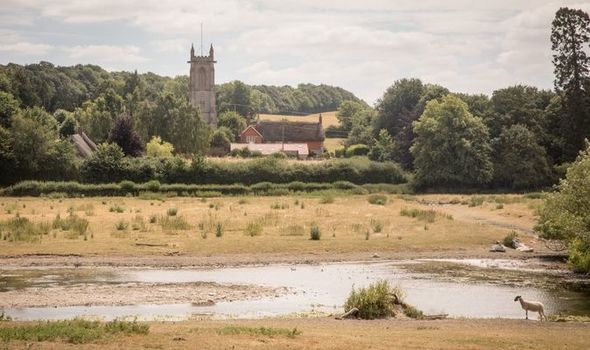 Climate change has made some forms of extreme weather events the “new normal”, the National Trust said in its yearly review of Britain’s nature.

Ben McCarthy, the trust’s head of nature conservation and restoration ecology, said: “Heatwaves and heavy rainfall are becoming more frequent and more intense. What we’re seeing in the UK with the impacts of wildfires and severe storms such as Arwen and Barra, is how climate change is altering our landscapes forever.

“These extreme events are putting even more pressure on Britain’s wildlife, which is already in trouble with more than half of species in decline and 15 per cent of wildlife species under threat of extinction.

“Our nature is part of what makes the UK unique and we must all play our part to protect it.

“The scale of the challenge we face is huge, but there is much we can do to heal climate harm.”

The Daily Express Green Britain Needs You campaign has spent the year calling for people to do their bit for the planet.

The charity said warmer, wetter winters have resulted in diseases such as ash dieback taking hold and causing significant loss of trees.

This year saw the lowest number of butterflies recorded in the Butterfly Conservation’s Big Butterfly Count, with 60 per cent of species in lower numbers than in 2020.

The dry March and even drier April saw wildfires take hold at two significant landscapes cared for by the conservation charity – including 530 hectares at Marsden Moor in Yorkshire.

The area lost a diverse range of plants, and declining bird species were affected, such as skylark, meadow pipit and snipe, as well as leaving important peat soils scorched and destroyed.

But the endangered Norfolk Hawker dragonfly appeared at the Wimpole Estate in Cambridgeshire.

And a Brown-banded Carder bee Bombus humilis was found at Tredegar House, in south Wales. This is the rarest of the UK’s three ginger bumblebees.

The late autumn was bought to an abrupt end last month as Storm Arwen ripped through the north of the country causing widespread devastation, toppling hundreds of irreplaceable trees and plants.

Writing in the trust’s annual weather and wildlife review, Ben said: “We finish the year with many places changed forever by the recent storms demonstrating the power of nature, the changing climate and how our role in its future is even more critical.

”What is absolutely clear is that we need to tackle both the climate and nature crises as they are integrally linked and we need to make urgent progress with both.”

A Look Back At 2021: Cable News Viewership Dropped And There May Be More Disruption To Come (Analysis)

'And Just Like That…': So Far Nicole Ari Parker's Promise Hasn't Been Kept, Fans Don't Know Where All the Sex Went
Recent Posts