Channing Tatum is opening up about how he achieves his toned physique.

Taking to Instagram on Sunday, the actor posted a video of himself walking out of the ocean shirtless and revealed that he’s found freestyle wrestling and open ocean water swimming to be the most “exhausting” yet “effective” workouts he’s ever done. 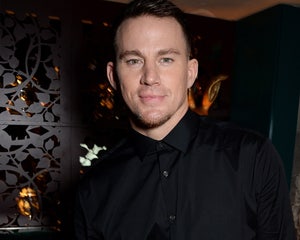 Channing Tatum Opens Up About Being a Single Dad, Admits He Initially Had 'A Lot of Fear'

“I have done all kinds of bulls—- to get in or stay in shape,” Tatum, 41, began in the post’s lengthy caption. “Almost everything you can think of. And I have to say nothing yet has been more suffocating and exhausting and effective than freestyle wrestling or open ocean water swimming.”

“There are moments in both that I am always like I think I might die haha,” he continued. “Yup pretty sure I can’t go on let go would be better than this. Haha 😂 and I’m not even [a] professional athlete. I can’t imagine the depths in which they push themselves. Unreal. I do it for movies Hahahaha very different motivation.”

The “Magic Mike” star encouraged his followers to “get after it.”

“It’s good to be alive,” Tatum added. “There are so many people that can’t say that.”

“I’m so blessed,” he concluded, before poking fun at his friend. “P.s as you can see I’m coming in by myself Arin didn’t make it. 2mile ocean swim bruh.”

While appearing on “The Tonight Show with Jimmy Fallon” earlier this month, Tatum explained how he got in his best shape ever during coronavirus quarantine after he had gained some weight.

“For the first week or two weeks I definitely was just drinking beers and riding dirt bikes and I was like, ‘I can’t do this for like two months. Like, this is bad,'” Tatum said.

“And then me and my buddy, we just went really, really hard. We just started training every day. And it was great. I mean, I came out a completely new person,” he continued.

The children’s book author jokingly admitted that he had gotten “pretty fat” before he got back in shape.