The Catholic school system is urging families to lobby against the Victorian government’s plans to prohibit faith-based schools from sacking or refusing to hire teachers or enrol students based on their sexuality or gender identity.

Families attending Catholic schools were this week sent a letter warning the proposed changes would “affect religious freedom and the independence, integrity and ethos” of Catholic schools. 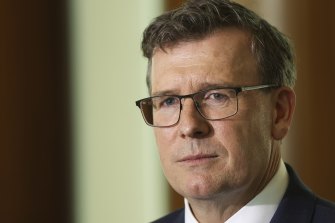 The letter was signed by school principals, but provided by Melbourne Archdiocese Catholic Schools to 337 Catholic schools. Catholic schools educate about 20 per cent of Victoria’s 1 million students.

It’s unclear how the state and federal laws might interact.

Federal Education Minister Alan Tudge said on Wednesday the bill would override state legislation “where required”, but that ability was “under threat” in Victoria due to the proposed laws that prohibit religious schools from sacking or refusing to employ teachers because of their sexuality or gender identity.

Adding to the confusion, when asked what would happen if a Catholic school rejected a teacher because they were gay, Mr Tudge said: “that wouldn’t be lawful under our bill.”

This prompted LGBTIQ advocacy group Equality Australia to condemn his remarks as “misleading”.

A state government spokeswoman said Victoria would review any gaps in protections after the federal legislation was enacted.

“We would hope that any changes allow for Victorians to continue to be free to live and work free from discrimination.”

The Victorian government introduced the changes following a series of stories in The Age that highlighted instances of gay and lesbian teachers being sacked by religious schools due to their sexuality.

The government said the changes would allow religious organisations to make employment decisions based only on an employee’s religious beliefs when these were inherent to the job, while discrimination due to sexuality, marital status, gender identity or other protected attributes would not be permitted.

Shadow attorney-general Matthew Bach said the opposition had received legal advice that only the roles of principal and religious educators would likely fit the definition of inherent religious requirement.

“A faith-based school has the right to hire people of their own faith, that’s only fair,” Dr Bach said.

While the Andrews government has a majority in the lower house, it will need the support of at least three crossbenchers in the upper house to pass the legislation.

The Victorian Greens confirmed it would support the Bill, and two other crossbench MPs, speaking to The Age on the condition of anonymity, said they were “broadly supportive” of the legislation but had yet to consider any amendments.

“No one should live in fear of losing their job or being kicked out of school for who they love or how they identify, but that’s exactly what these harmful exemptions are doing.“

“It’s disappointing that, true to form, the Liberals are opposing this bill.”

Independent Schools Victoria chief Michelle Green said a number of faith-based schools had serious concerns that the bill risked forcing schools to employ staff who might not act in accord with the school’s religious beliefs and principles.

“Our hope is that Parliament can find a balance that protects religious freedom and, at the same time, the rights of employees not to be subjected to intrusive and unfair discrimination.”

The Independent Education Union said it would be “very disappointed” to see a scare campaign against standards that had applied for decades in most other workplaces.

“What this legislation does ensure is that a science teacher, a cleaner, a lab tech or an integration aide who is divorced, gay or an unmarried parent cannot legally be discriminated against in their workplace.”

The comments come after 19 leaders from religious communities, including the Christian, Jewish, Islamic, Hindu and Sikh faiths, criticised moves by the Andrews government to prohibit faith-based schools from sacking or refusing to hire teachers or enrol students based on their gender identity or sexuality.

In an open letter, the religious leaders described proposed changes to the state’s anti-discrimination laws as “gross overreach” that could lead to religious organisations being “forced to violate their beliefs and values in managing employment matters.” 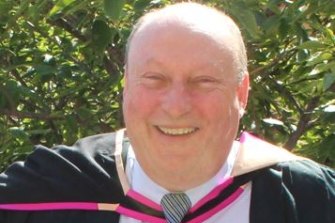 Paul Tobias worked in the Catholic school system for 40 years.

“I wonder how much consultation has been had with those groups of people prior to publishing that open letter,” he said.

Marco Di Cesare, principal of private boys’ school Marcellin College, said schools were facing a teacher shortage due to COVID-19, so any changes needed to be practical.

“I just want the best teachers and people who are respectful of our traditions,” he said.

With Adam Carey and Lisa Visentin