The King’s closet is up for grabs.

Camilla Parker Bowles donned Queen Elizabeth’s glittering sapphire-and-diamond tiara for the second time in a month at last night’s Buckingham Palace Diplomatic Corps Reception — and it turns out her embroidered blue coat actually belongs to another member of the royal family: her husband, King Charles III.

The navy coat is a traditional Saudi robe known as a daqlah and was presented to the then-Prince of Wales by designer Yahya Al Bishri when Charles visited Saudi Arabia in 1998.

Last night, the 75-year-old royal wore the robe, which is covered in stunning silver embroidery, over a navy dress and paired it with the Belgian Sapphire Tiara once worn by her late mother-in-law, Queen Elizabeth II. 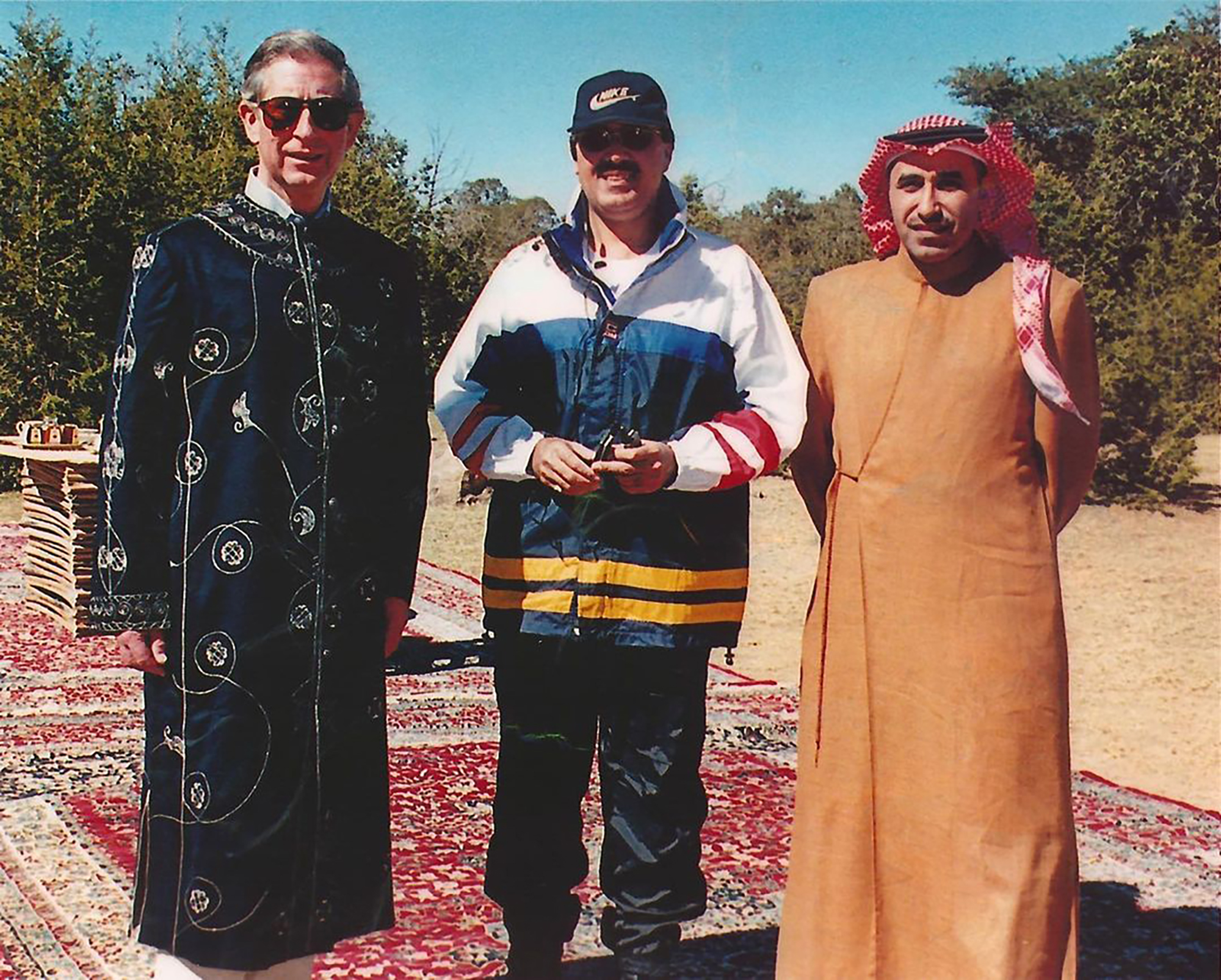 She also wore the sapphire-and-diamond earrings and necklace that Queen Elizabeth received as a wedding gift from her father, King George VI. The Queen Consort sported the same pieces at last month’s state banquet, but this time added the necklace’s detachable sapphire drop.

This isn’t the first time the Queen Consort has borrowed the piece from her husband’s closet; she also wore the jacket for an event during this summer’s Platinum Jubilee. 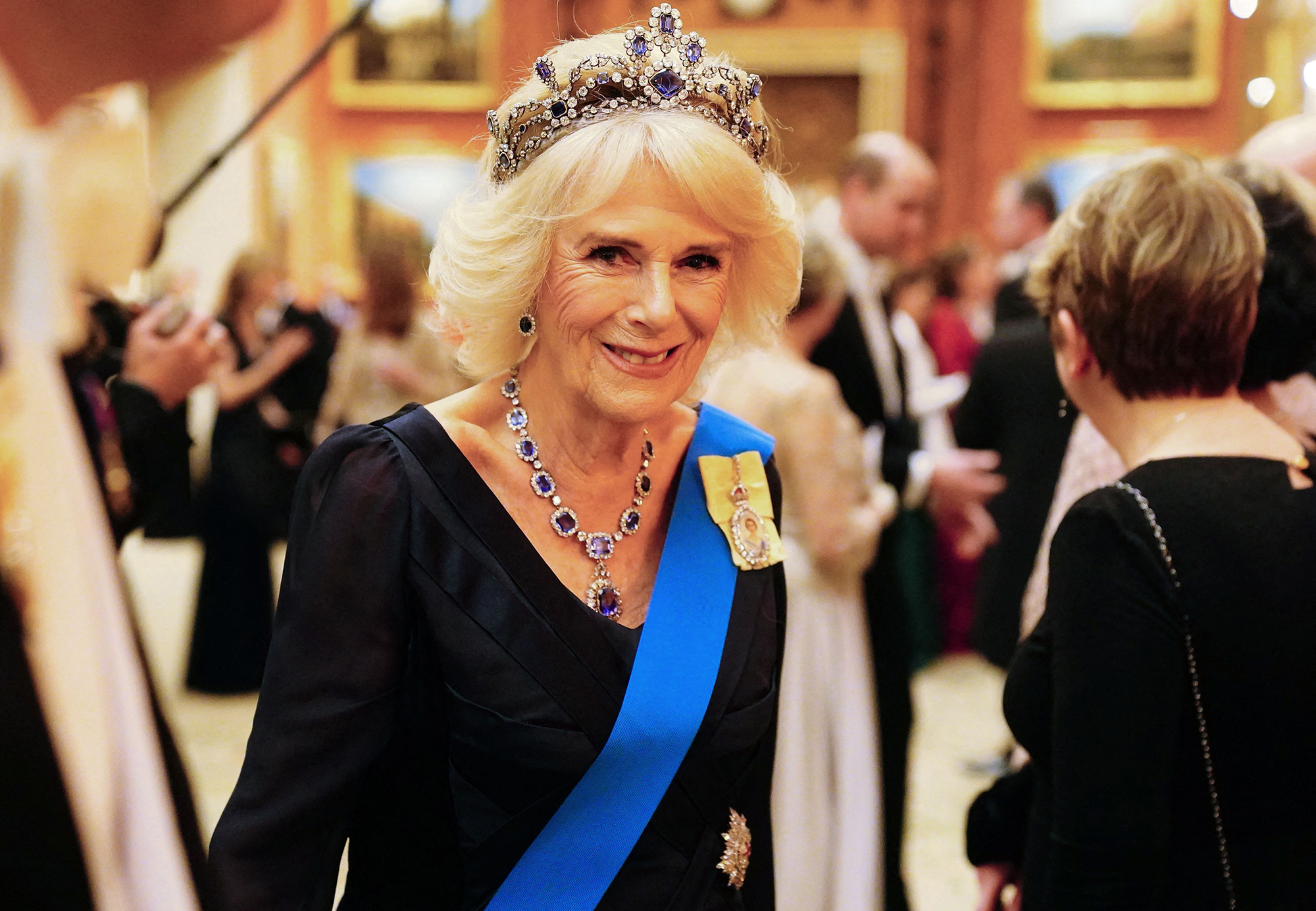 The King and Queen Consort were joined by Kate Middleton and Prince William for the glamorous evening, with the Princess of Wales also wearing jewelry from Queen Elizabeth.

The royal, 40, wore the late queen’s diamond drop earrings along with the rarely seen Lotus Flower tiara, which she paired with a red gown by Jenny Packham.

The night held special meaning as it was the first Diplomatic Corps reception of King Charles and Queen Consort Camilla’s reign, and the first one held at Buckingham Palace since 2019 due to the pandemic. 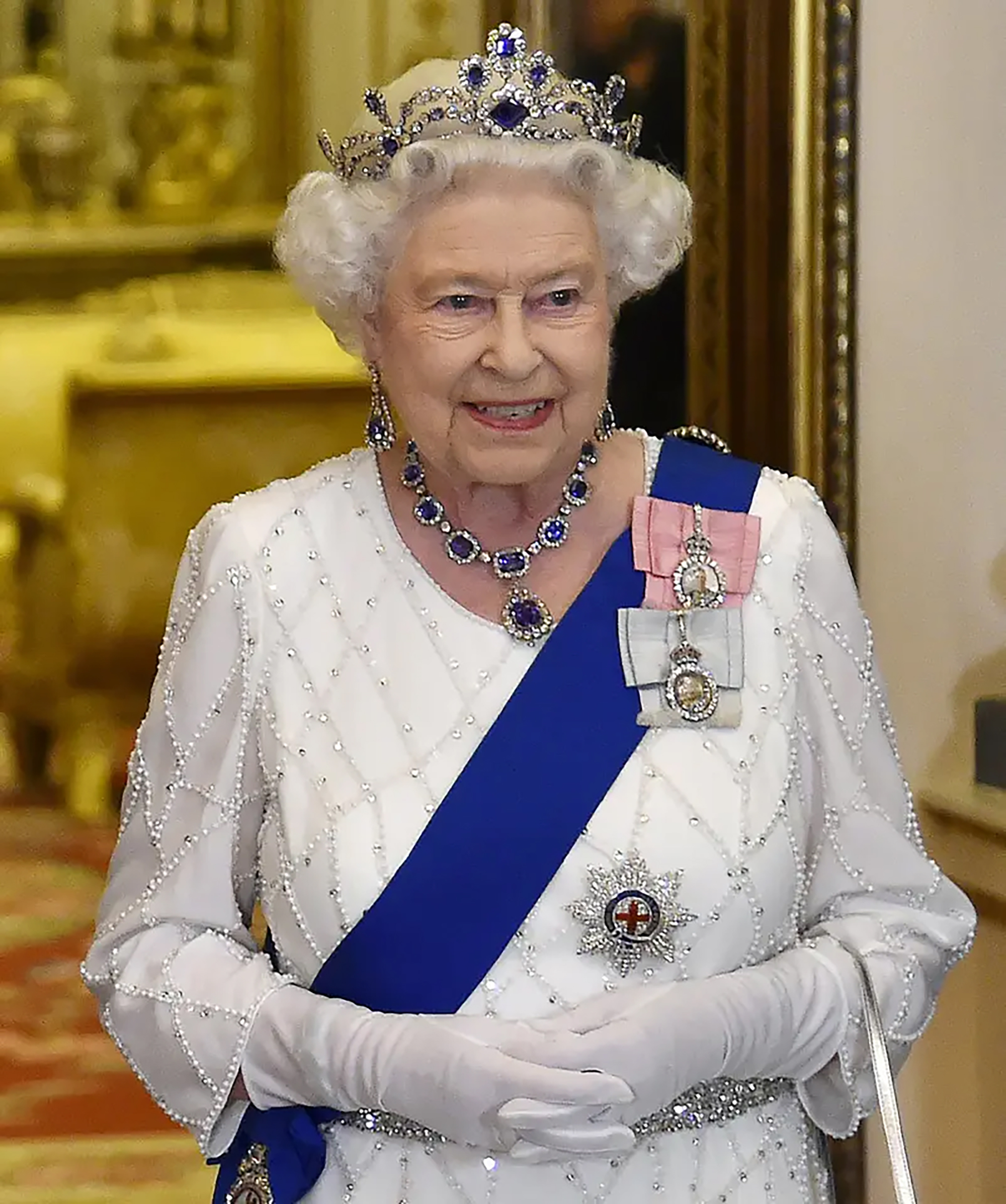 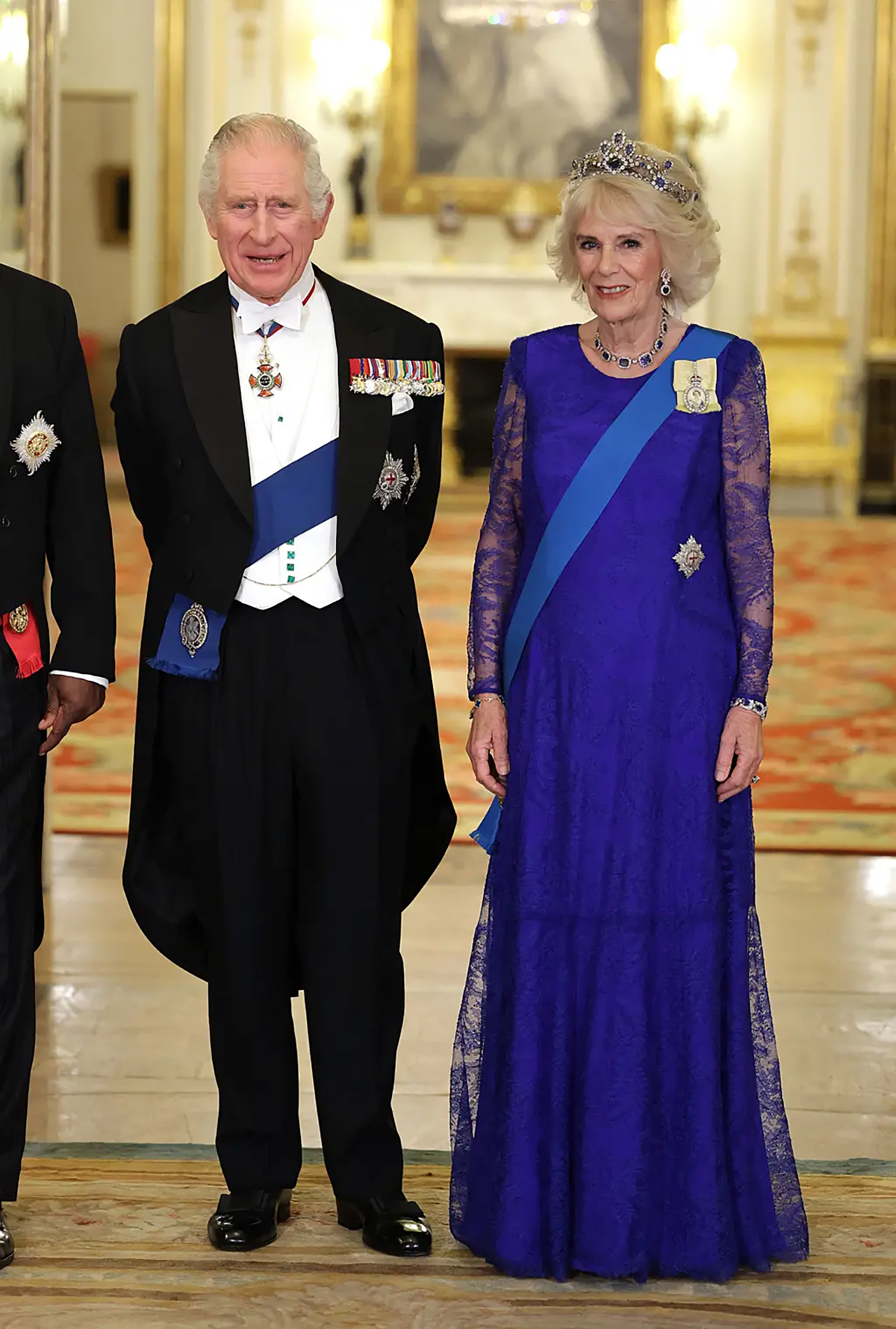 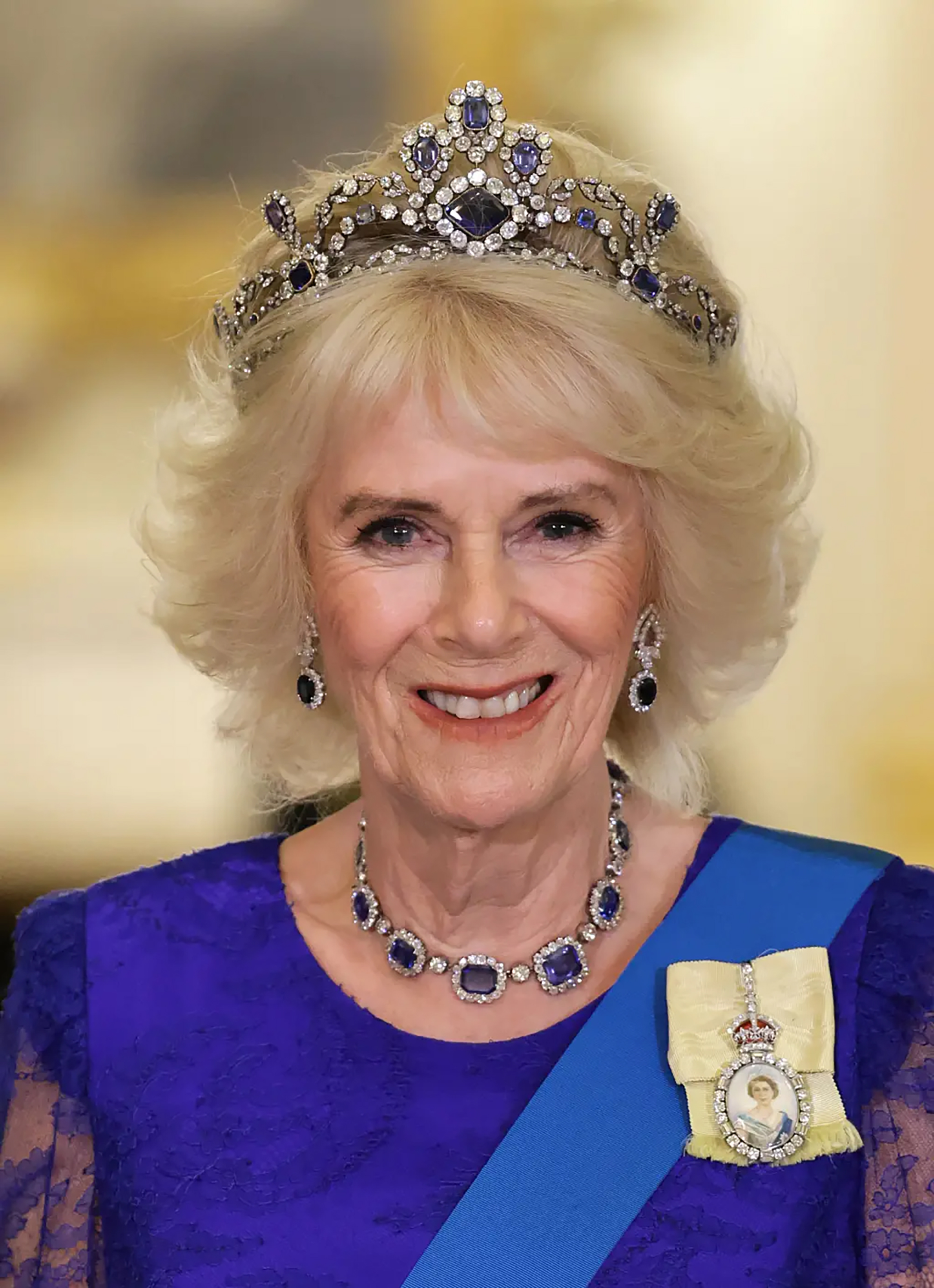 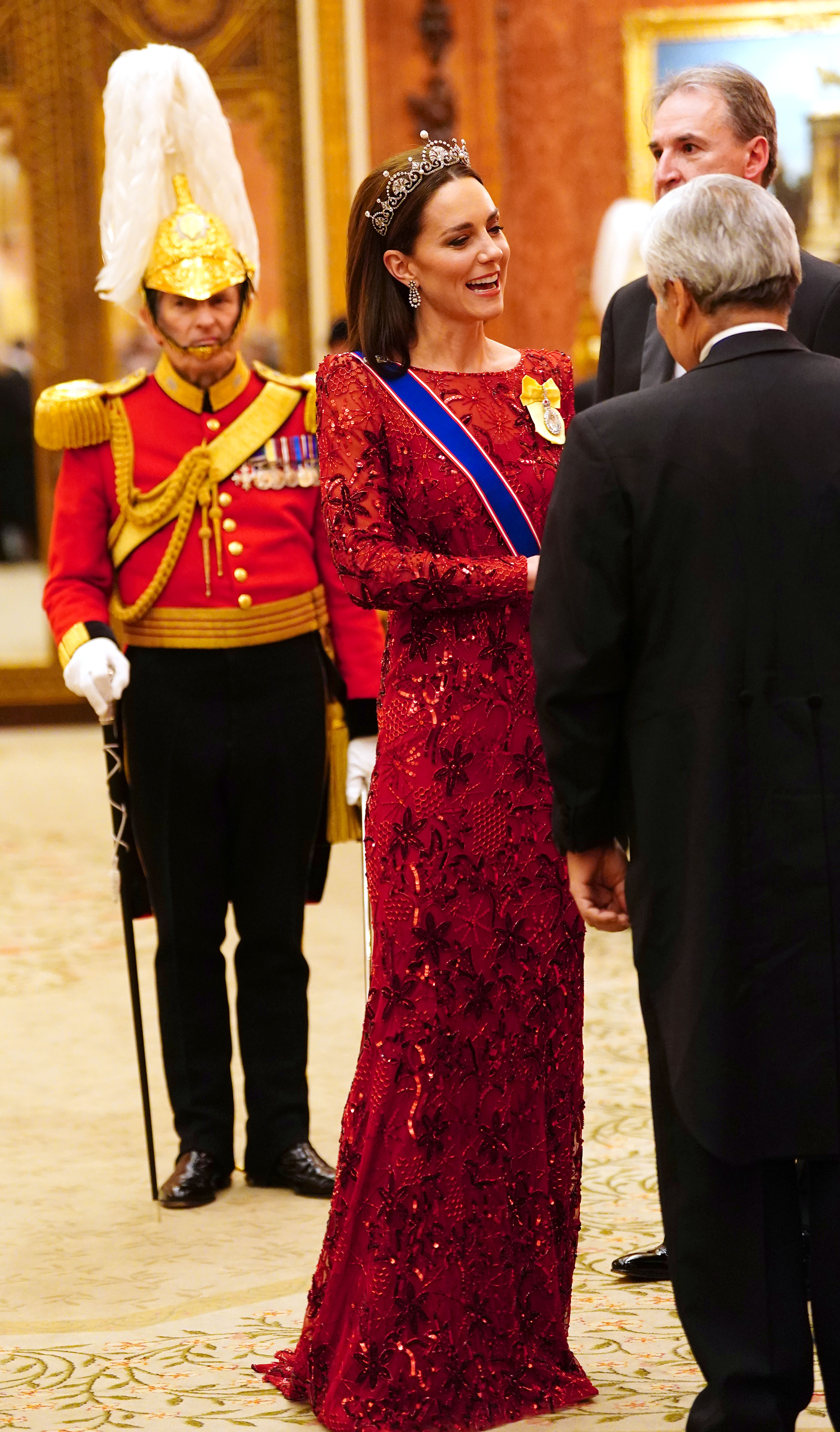 The Princess of Wales glittered in a red Jenny Packham gown and the Lotus Flower Tiara.