Don’t hold it against her.

Britney Spears apologized for once yelling at Alexa Nikolas after the “Zoey 101” alum shared that the incident with the singer was “traumatizing.”

“Although I have apologized to you personally just by ‘instinct’ my heart at the time didn’t know how incredibly good my family was with the ACTING LANGUAGE!!!” Spears wrote in a lengthy post to Twitter on Thursday.

Spears explained that she was visiting her sister, Jamie Lynn Spears, on the set of “Zoey 101” when she was nine months pregnant with “hormones raging like hell.” The singer, 40, said her sister ran to her in tears and claimed she was being bullied, so she stood up for her when their mom was “silent.” 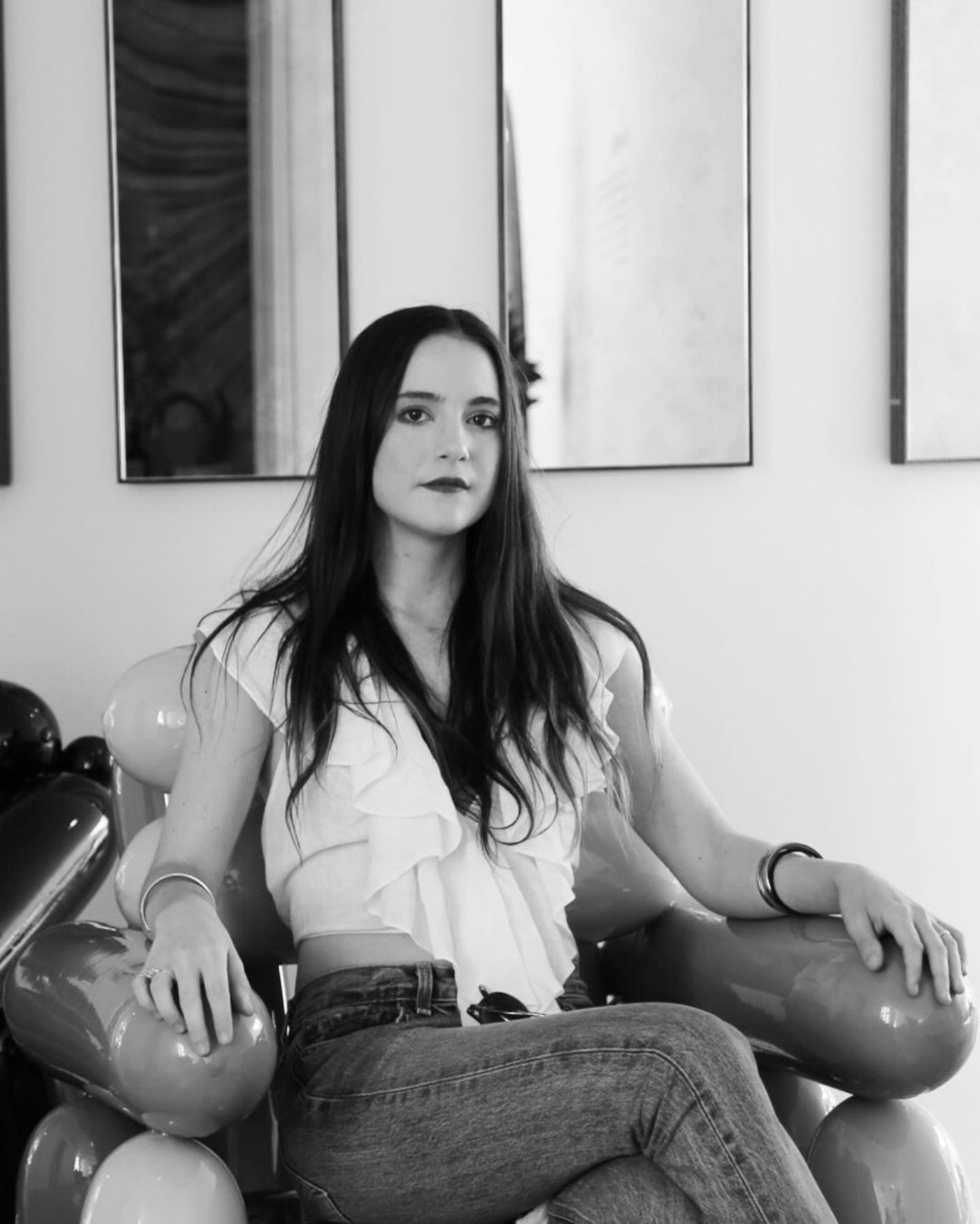 “My sister was literally like my daughter growing up…so I apologize for my ignorance for yelling at you when I obviously had no idea what was really going on !!!” Britney wrote, adding, “Jesus Christ…I was pregnant and let’s be HONEST all these moms and dads…’THE WATCHFUL WHITE OWLS’ who hide behind the scenes observing their child stars..referring to my mother who should have immediately stepped in and took over the situation…and I told my 9 month pregnant self to sit down, relax and have a Sprinkles cupcake.”

Britney also shared that she was inspired by Nikolas for coming forward about Nickelodeon’s toxic environment, referencing her own struggles with her conservatorship, which came to an end in November 2021. 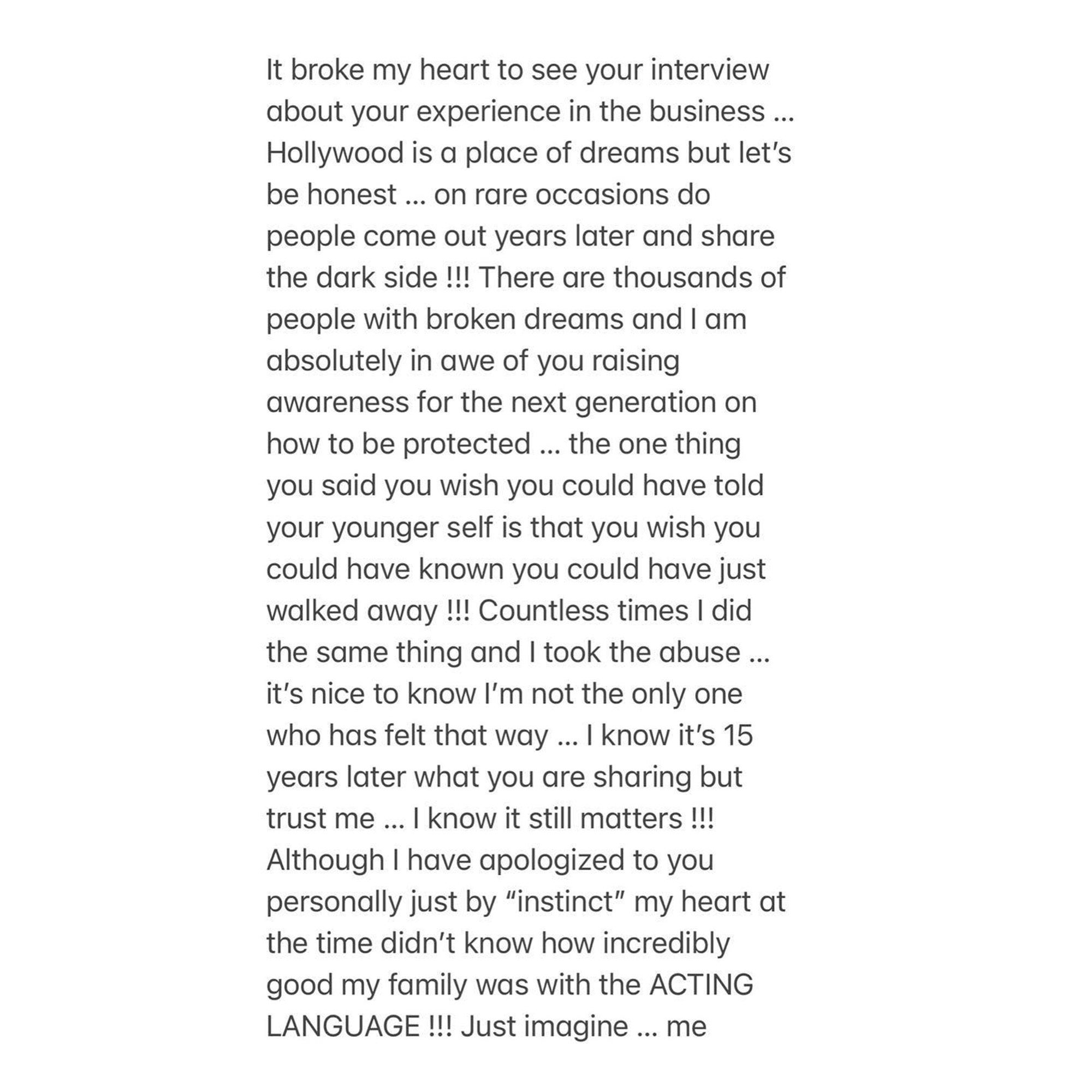 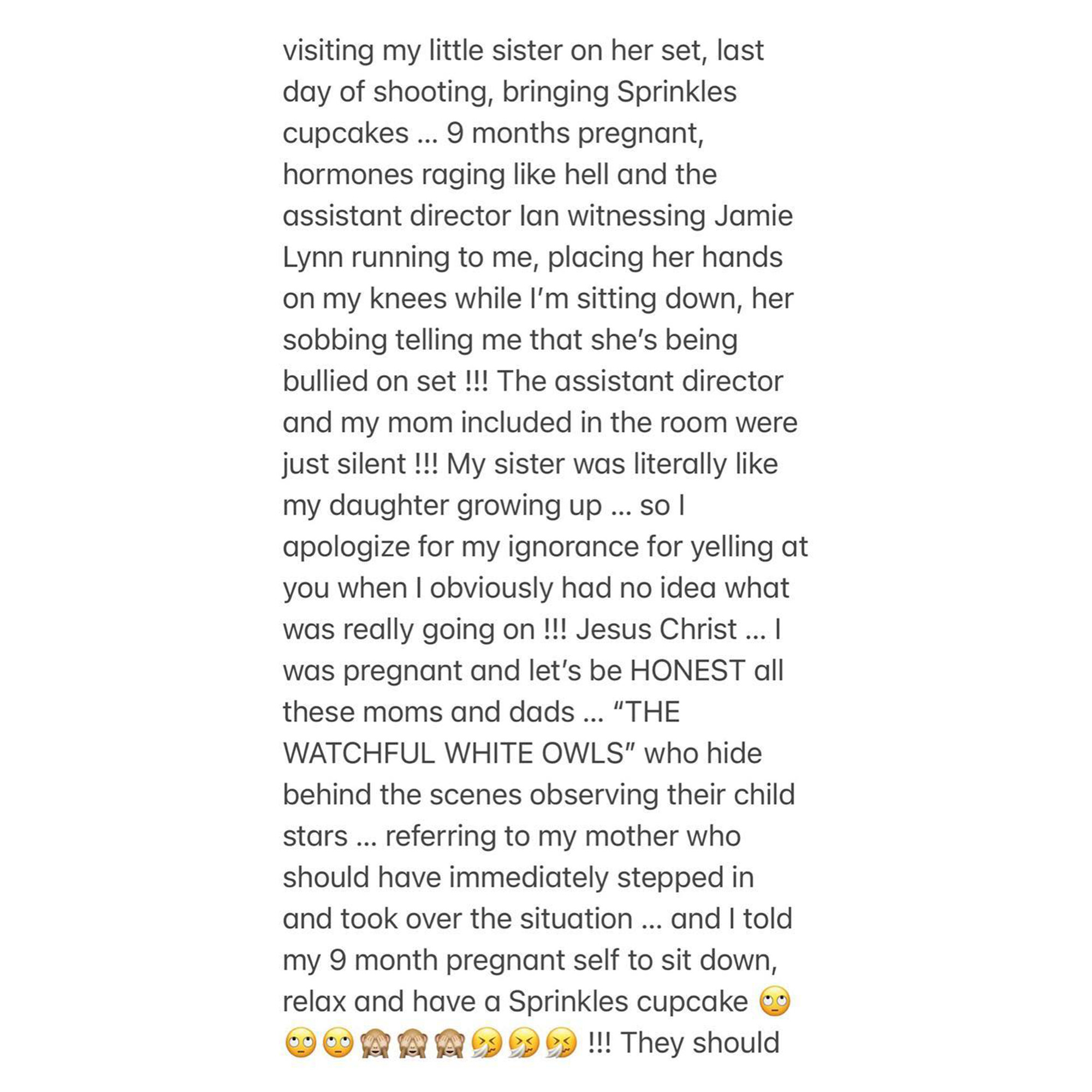 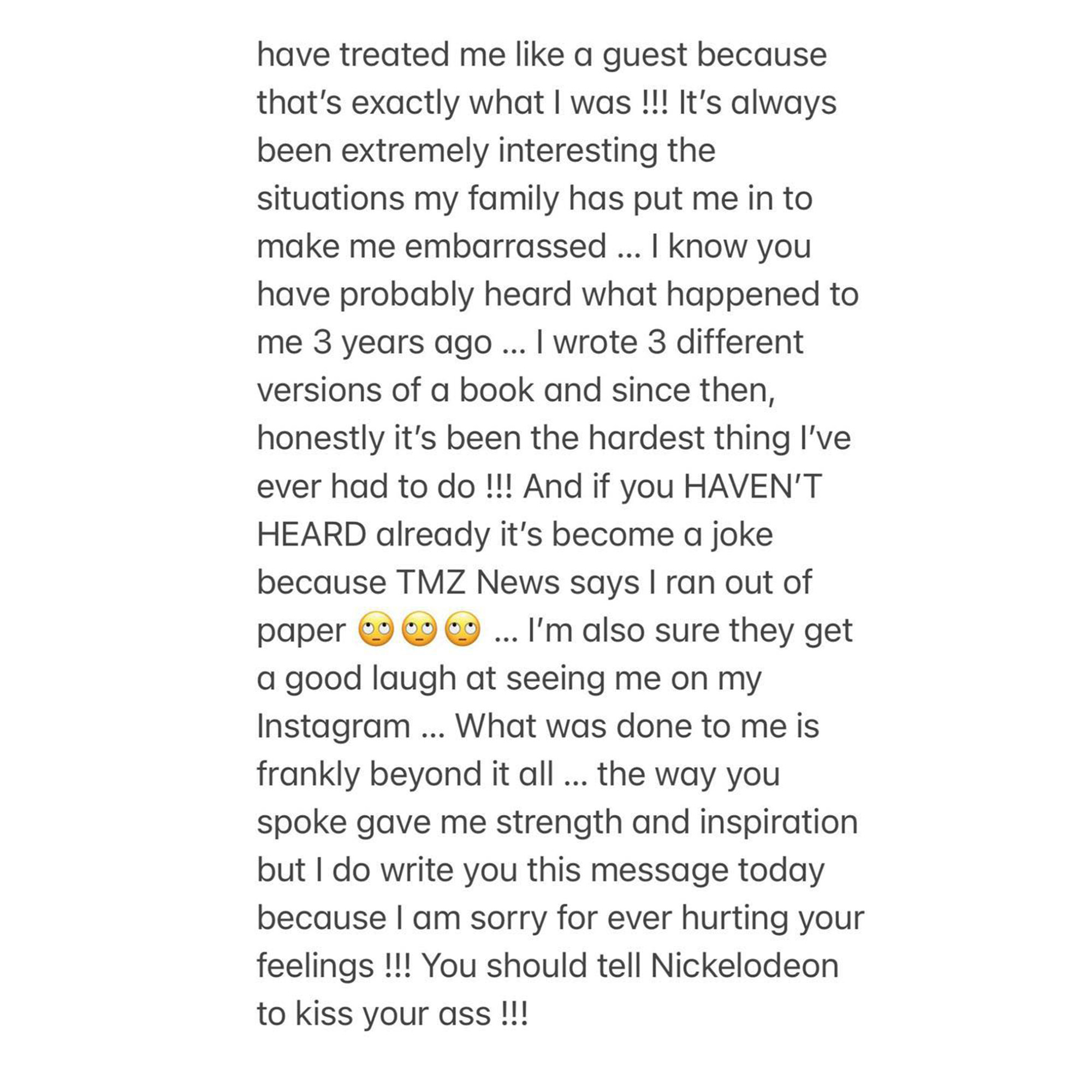