Three days after he was led away in handcuffs from a Colorado supermarket where 10 people were fatally shot, the accused gunman appeared in a Boulder court Thursday for the first time since the shooting. The district attorney said more charges would be announced in the next two weeks, and the suspect’s defense lawyer asked for a mental health assessment “to address his mental illness.”

Kathryn Herold, the lawyer for suspect Ahmad Al Aliwi Alissa, provided no other details about what he might suffer from.

During the brief hearing, the suspect appeared in court wearing a mask. He didn’t speak other than to say yes to a question from the judge and did not enter a plea to the charges.

The 21-year-old remains held without bail on 10 charges of first-degree murder. 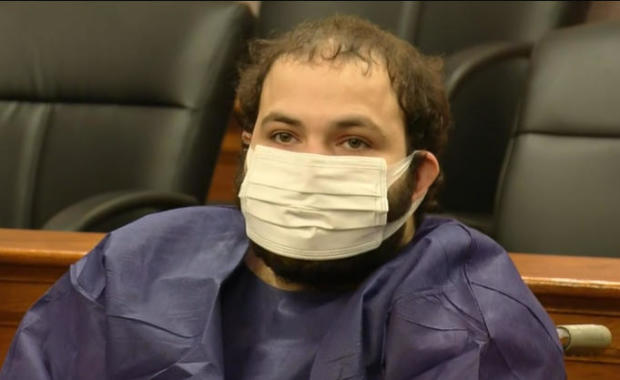 He was last seen handcuffed and being led out of the King Soopers market by police. He had removed all clothing except his shorts before being taken into custody.

A rifle, a green tactical vest and a handgun were recovered inside the grocery store, according to an arrest affidavit.

While most Colorado court proceedings have been conducted by video during the pandemic, District Judge Thomas Francis Mulvahill ordered the suspect to appear before him in court unless he waived his right to appear in person in writing. The courtroom was closed to the public.

The Irregulars release date: When is it out on Netflix?