Under wraps! Billie Eilish has had some headline-making hairstyles over the last year. From her platinum blonde hue that basically broke the internet to her current chocolate brown locks, the 20-year-old singer is pretty much a color chameleon.

In fact, she even rocked red in November — and no one knew! The “Happier Than Ever” singer revealed that she secretly embraced the fiery hue on Sunday, January 2.

While doing an Instagram Stories “Name a Date Any Date” challenge, the star shared a selfie from the salon chair on November 22, 2021. “Took the blonde out and went red for a week hehe,” she captioned the photo, showing off an auburn color. 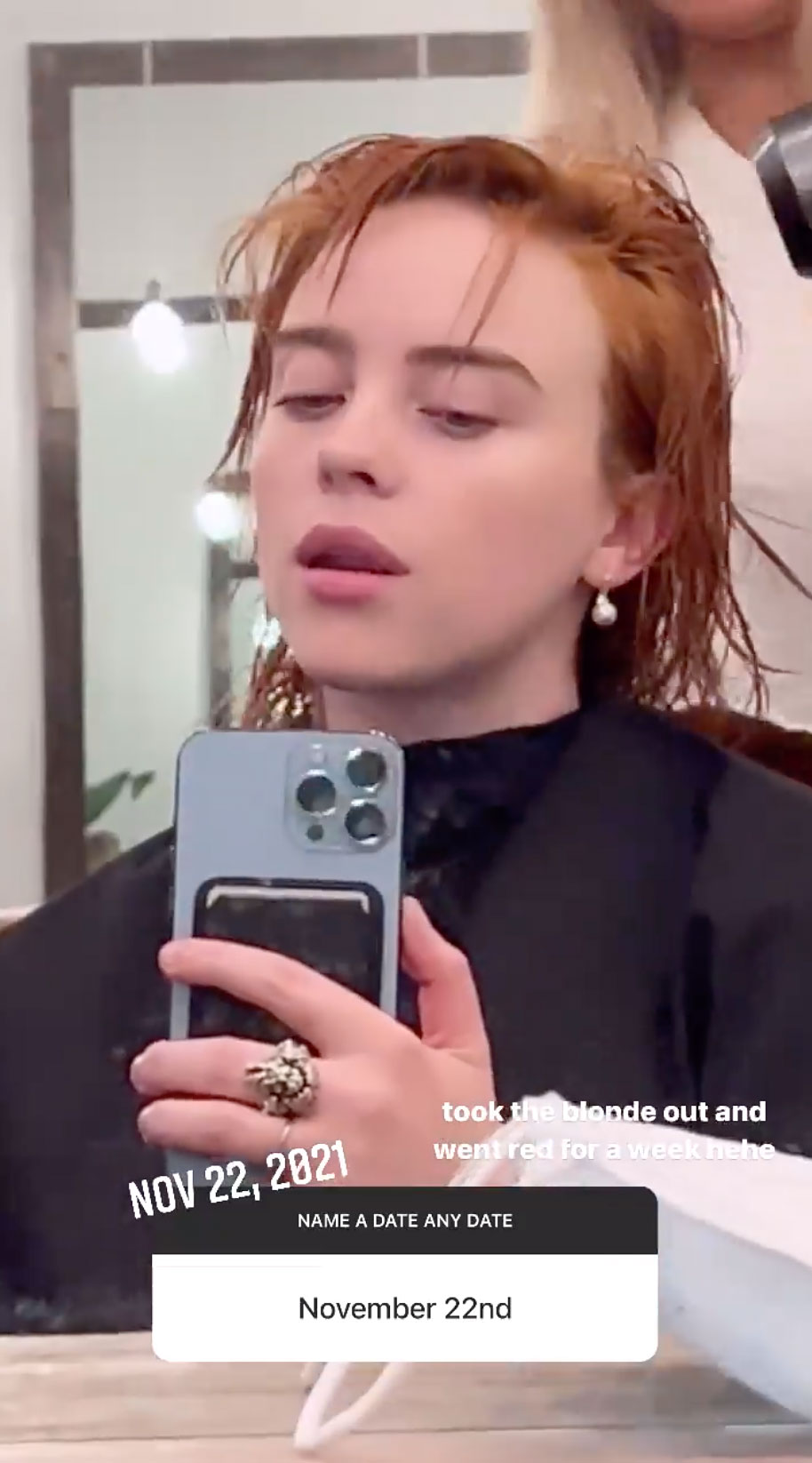 The look didn’t last too long though, because by the time December 1, 2021 rolled around, the Grammy winner found herself in the salon chair once again. This time, with a dark brunette look. Just one day later Eilish shared the tress transformation with her 98.8 million Instagram followers. “Miss me?” she captioned a selfie of her new ‘do.

Emily Ratajkowski Is Hopping on the Red Hair Trend: See Her Transformation

Fans were clearly thrilled by the singer’s return to her roots, taking the comments section by storm. “LORD HAVE MERCY,” a user wrote, while another said, “OH MY GOD.” Someone else chimed in: “JESUS CHRIST.” 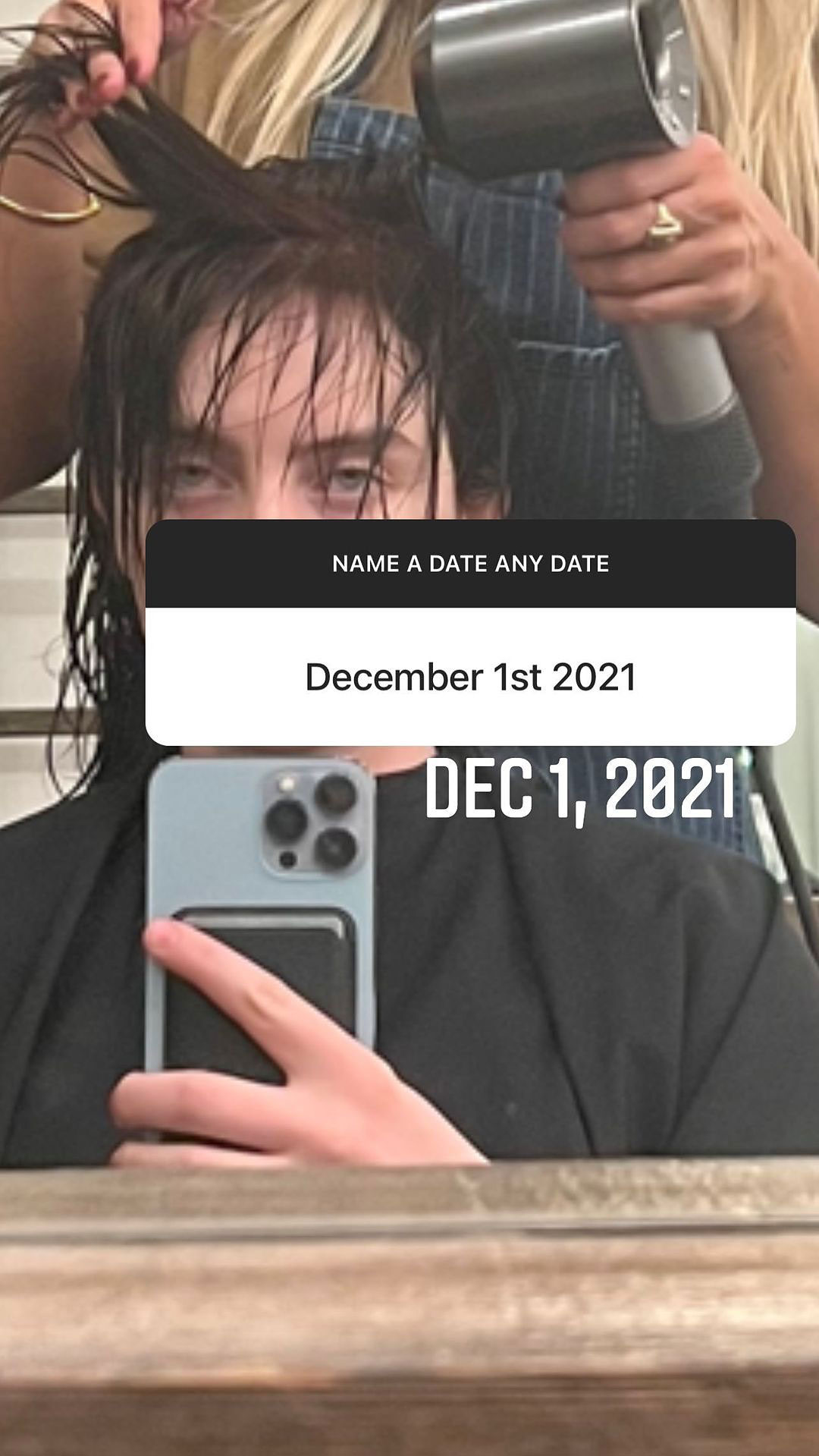 It’s so surprise that Eilish was able to keep her stint as a redhead on the down low. She’s an expert at hiding her hair transformations. In fact, she concealed the fact that she was transitioning her black and neon green hair into a platinum blonde shade for nearly two months.

Given that the hair color transition took a grand total of six weeks, Eilish went so far as to wear a wig to the 2021 Grammy Awards. While fans had their suspicions, the singer’s hairstylist, Lissa Renn, confirmed rumors with an Instagram post, which has since been deleted.

“The process is real when you’re doing it right. 6 weeks to get all the black out of her ends without damaging it, along with her following my strict haircare regime,” she captioned a photo following Eilish’s debut. “We actually loved all the stages of lifting the color too, but the end result is 🔥🔥🔥.”

Do a little math and it became clear that Eilish started her transformation at the beginning of February 2021. The 2021 Grammys were held on March 14.

Eilish’s decision to go blonde had been top of mind for quite some time. “I’ve been wanting to go blonde for a while, I don’t know what came over me,” she said during a May 2021 interview with Ellen DeGeneres. “I saw a fan edit when I had green hair and they just edited blonde hair on me. I was like, ‘Ah! It’s so sick I want it!’”