Home » Lifestyle » Betty Gilpin Teases Playing a Nun With Lashes in Mrs. Davis: Youll Be Screaming at the Television

Betty Gilpin Teases Playing a Nun With Lashes in Mrs. Davis: Youll Be Screaming at the Television

Welcome to this week’s “Just for Variety.”

Betty Gilpin is in the desert. She’s there filming “Mrs. Davis,” Damon Lindelof and Tara Hernandez’s Peacock drama series, but doesn’t give a specific location — “We’re shooting in the middle of nowhere,” she says — because the project is still mostly under wraps.

Gilpin does share that playing a nun on the show has been quite uncomfortable. “The costume designer is very much British and put me in a wool habit, and we are shooting in the absolute desert, and it’s so hot,” Gilpin tells me on this week’s “Just for Variety” podcast. “I don’t know how these nuns do it. I hope that when they’re at the convent and they have no visitors, they’re like, ‘Should we just wear boxers today?’ Because this is insane.”

Gilpin then teases about the series, “It’s so weird. It’s so crazy. It’s wild. You’ll be screaming at the television and I’ll be in lashes in a habit.”

I talked to Gilpin just days before the publication of her first book, “All the Women in My Brain: And Other Concerns,” a collection of essays she wrote during the height of pandemic lockdown. “This is terrifying,” she says. “I felt like I was sort of high on ‘Nothing matters; society doesn’t exist anymore; believe in yourself’ and wrote the book. And now society exists again, which is great. But now the book’s coming out, I’m like, ‘What have you done?’ There’s no turning back.”

Gilpin writes candidly about depression and fighting feelings of being less-than. During our chat, she recalls her breakout role as Dr. Carrie Roman on “Nurse Jackie.” “I came on in Season 5, where the showrunners had switched from women to men, and the men were really smart guys and I liked them a lot, but it sort of changed the tone of the show,” she says. “Until then, it had been about women in ponytails and ChapStick who were good at their jobs and in scrubs. And then my character was brought on to be like, ‘And tune in for these tits.’”

Gilpin is not complaining: “’Nurse Jackie’ was an incredible job and I wanted it to go on forever.”

“Getting naked on TV and sort of winking at the camera and wearing the push-up bra” allowed Gilpin to do the “gritty” scenes, she says. “The writing was incredible.”

She adds, “I wanted to be a working actor. And I think I thought that I’d be on off-off-off-off-Broadway making two cents and a hug a week for the rest of my life. So to me, if that was what I had to do, it’s what I had to do. And I don’t think it was a noble thing. I look at all of it with humor. I don’t think this is my tell-all about how I was forced to wear a piece of tape as a costume. I was like, ‘Throw me the tape. I can’t wait to do the monologue.’” 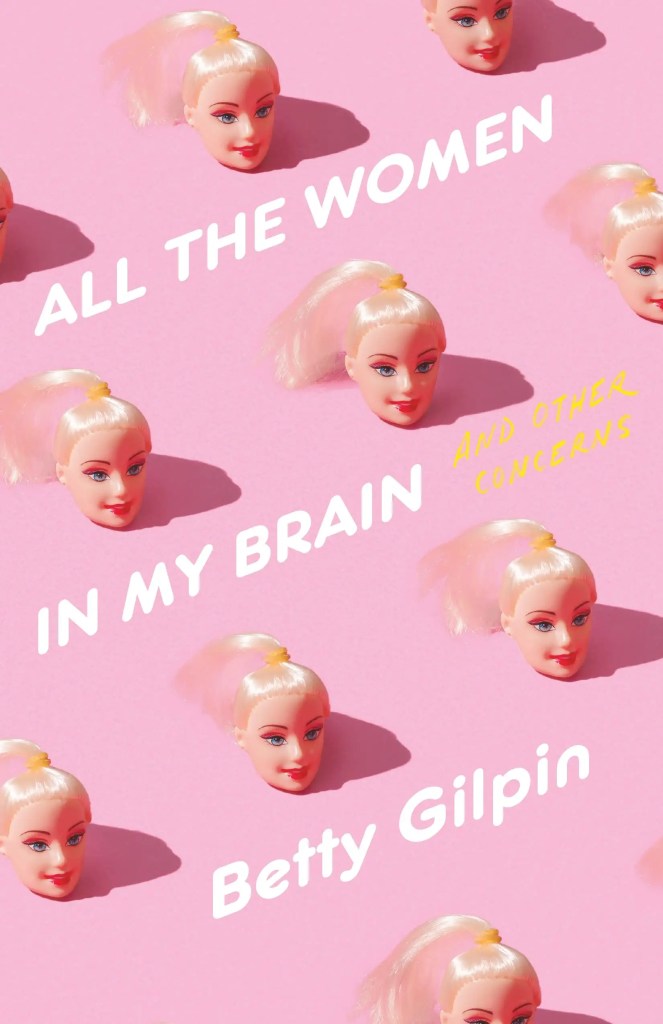 “GLOW” changed her relationship with her body. “Wrestling, strangely, was the first thing that made me feel like, ‘Oh, my body is a powerful, functional vessel, not just a centerfold that I can either hate or disguise,’” Gilpin says.

You can listen to the full interview with Gilpin above. Find out what she says when I asked if she wants to play a superhero. You could also find “Just for Variety” wherever you download your favorite podcasts.

Luke Evans insists the “Beauty and the Beast” spinoff series at Disney+ with Josh Gad is still happening, after the show, which is set to follow Gaston (Evans) and LeFou (Gad) on new adventures, was put on hold in February. “We get one chance at this,” Evans told me at Wednesday’s premiere of “Pinocchio” on the Disney lot in Burbank. “We just need to get it absolutely right before those cameras start rolling.”

I also caught up with Cynthia Erivo at the premiere. Click here to find out what she has to say about working with Ariana Grande in the upcoming “Wicked” movies.

Eva Mendes is opening up about her decision to leave Hollywood almost a decade ago. “I don’t really miss it,” Mendes told me when we caught up at West Hollywood’s Ardor restaurant, where she hosted a brunch to celebrate her new co-ownership of kitchen cleaning product company Skura Style.

“I got tired fighting for the good roles,” she said. “There just was a point where I thought, ‘I’m going to create my own opportunities and become a producer on things and create my own material,’ but it just didn’t feel worth it to me.”

Not long after, she and partner Ryan Gosling started their family. They’re parents to daughters Esmeralda, 7, and Amada, 6. “I thought, ‘Oh, this is what I’m supposed to do right now,’” Mendes said.

I finally got to meet Omar Apollo at the MTV Video Music Awards. The 25-year-old singer-songwriter, who was nominated for Push Performance of the Year for “Tamagotchi,” talked to me about being openly queer and hearing from fans who thank him for living his truth. “That actually means the most to me, especially when I was first starting out, because you’re very unsure of where you’re going,” he said. “I’m playing these rooms and my first couple of tours, and it was beautiful to be able to hear the response, especially when people would tell me, ‘I’m queer and I’m first-generation Mexican American, too.’ That kind of energy is great.”

He added, “For a long time, I thought I was going to be judged.”

Apollo is in the lineup of Rumbazo — the festival takes place on Sept. 10 in Las Vegas — alongside Maluma, Prince Royce, Ivy Queen, Natanael Cano and Yendry.

How Tolkien created The Rings of Powers unique languages explained