Home » Lifestyle » Belvoir roars back to life with diverse program Belvoir roars back to life with diverse program

Belvoir Theatre is planning an energetic return to the stage in 2022 with a roster of diverse stories aimed at getting as many artists back to work as possible.

As the wearying lockdown comes to an end, artistic director of the Surry Hills theatre Eamon Flack declared a theatre not making work an “absurdity” and “merely an empty building”. 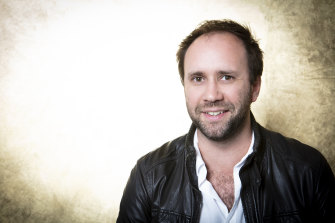 Eamon Flack says the second lockdown has been easier to bear for Belvoir.Credit:Brett Boardman

“Our thinking behind it [the 2022 season] is what it always is — extend the art form, open up our understanding of community as much as possible and try and make sure it is as good as it can possibly be.

“It’s not like we’ve made a season that is about crisis or pandemics. Life goes on and the same questions are there. If anything the urgency seems to me to be not so much in the pandemic as in people’s ability to feel like they are safe and have a rightful place in their society.”

Flack said the second lockdown was easier to bear than the initial closure, which had been “terrifying” and raised the possibility Belvoir might go broke.

“This time around, we had done it before so we knew what to fear and what not to fear,” he said, adding that prompt funding from the NSW government took the pressure off.

The 2022 season will open with Black Brass, a two-hander that was particularly well received at the Perth Festival. Featuring Mararo Wangai and composer-musician Mahamudo Selimane, it’s a story about resilience and survival in migrant communities.

“There are two reasons to do this play,” said Flack. “One is that it is a really beautiful, beautiful piece of theatre with two terrific performances, excellent writing and that very clever use of the live musician but also for us this is picking up on something we began with Counting and Cracking, which is work by with and for particular communities.

“This is as much about how we invite people to Belvoir Street as it is the show itself.”

Black Brass will be followed up by At What Cost, a new work by Palawa writer Nathan Maynard. Set in Tasmania, it addresses the vexed issue of culture and who can claim a particular heritage.

“He is cutting to the heart of one of the many horrors of colonialism which leaves people in a profound state of uncertainty about what their lineage is and where they belong,” said Flack.

Later in the year, Belvoir will stage two works in traditional repertory format, with the same cast on the same set performing on alternating night.

“It is definitely meant to be a gesture and a commitment to putting a team of artists together,” says Flack. “The big shock for a lot of artists over the past 18 months was feeling like they were disposable.”

Studio Ghibli’s ‘Earwig and the Witch’ Snared by Netflix