Home » Lifestyle » At the end of the world there is love: winners of 2021 CBCA awards announced At the end of the world there is love: winners of 2021 CBCA awards announced

Davina Bell is best known for writing sweet picture books but on Friday she was celebrated for her first foray into a different world, picking up the Children’s Book Council of Australia award for best book for older readers with her young adult fiction, The End of the World Is Bigger Than Love. 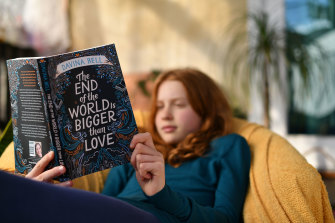 Marly James reads ‘The End of the World Is Bigger Than Love’.Credit:Darren James

Joining Bell on the winner’s list was Zeno Sworder, who won CBCA’s best new illustrator with his book This Small Blue Dot, which he wrote and drew with occasional input from his eldest daughter – who also stars as the main character. It is a beautifully drawn story about life and love, inspired by his late father and grandmother, who showed him “how to be in the world”. When they both died within a short time frame, Sworder decided to write down the lessons they’d taught him, adding illustrations and a main character to create This Small Blue Dot. 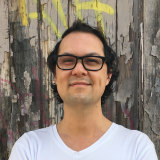 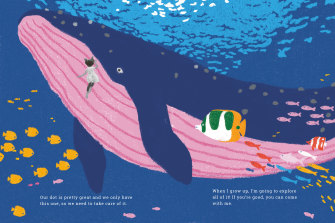 Pages from This Small Blue Dot by Zeno Sworder.Credit:Courtesy of the author and Thames & Hudson

Bell’s book The End of the World Is Bigger Than Love is a genre-bender: part magical realism, part dystopian; there’s a coming-of-age storyline, a romance plot, a pyschological thriller. “I never imagined it would ever get published, it’s so weird and out of the box,” Bell says. 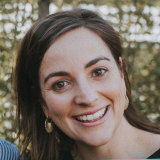 Identical twin sisters Summer and Winter are living alone on an island at the end of the world. The story is told from their different perspectives – Summer is verbose and chatty and Winter is quiet and reserved. When a mysterious stranger turns up, Summer sees a bear, Winter sees a boy. One of the few things the girls have is a box of their mother’s books, classics such as Diary of Anne Frank, To Kill a Mockingbird and The Secret Garden – elements of these books also pop up in the plot.

Despite being published in April 2020 and written well before COVID-19, the book is also about a pandemic called the Greying: infected people turn grey and get a web of bruises across their back. The idea was inspired by research the 39-year-old author had done into the Spanish flu, when some people would catch the flu, turn blue and die within a day.

The book deals with some big themes, which is one of the joys of YA fiction for Bell. “It’s a way to explore big ideas and worst-case scenarios in a way that’s safe and accessible but also a bit challenging,” she says.

A children’s book publisher with Allen & Unwin, Bell’s day job involves commissioning authors and illustrators.She started writing The End of the World eight years ago and showed it to a few people: some loved it and some hated it. “I lost a bit of faith in it, put it in a drawer for a few years, and then I entered it under a pseudonym in the Text Prize,” she says. “I didn’t want to put my name to it because I didn’t know if it was really good or really bad.”

Bell is thrilled to win the award and recalls growing up and seeing the CBCA medal on books. “I specifically remember looking at that cover and thinking, wow, it’s a medal like the Olympics.”

The End of the World is the last YA book she envisages writing. “Everything I wanted to say about the world is in this book,” she says. “I feel like I would need to live a bit more.”

Celebrating 75 years this year, the Children’s Book Council of Australia is a not-for-profit, volunteer-run organisation whose mission is to promote and advocate for the sharing of quality literature for young people across Australia. It showcases Australian creators and collaborates widely to foster a love of reading.