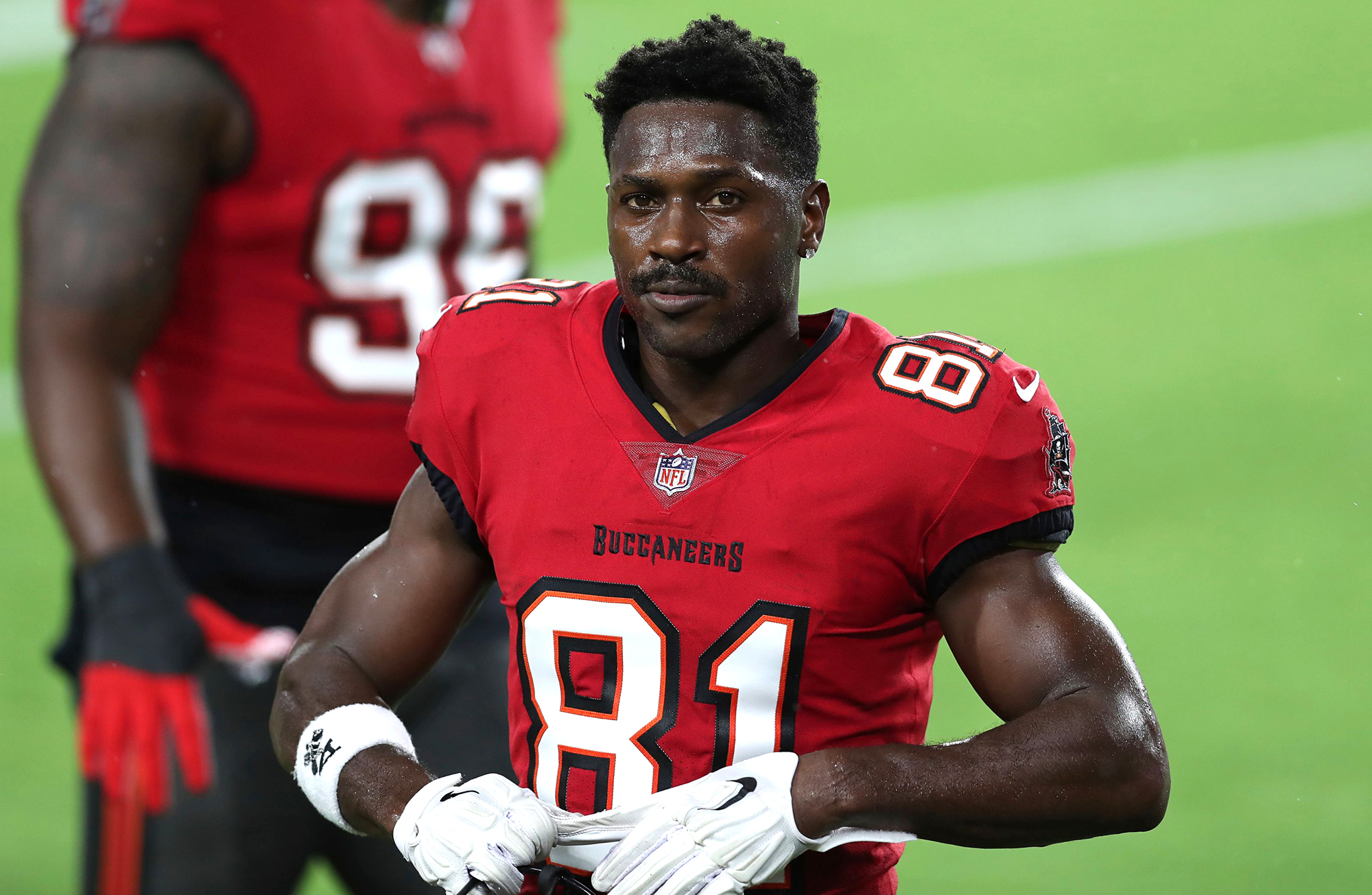 After his mid-game outburst, Tampa Bay Buccaneers receiver Antonio Brown is speaking out — and making serious claims against the organization and coach Bruce Arians.

“First of all, I’d like to express my gratitude to the Bucs, fans, and my teammates. The Bucs helped me return to productive football after I had difficulties that could have ended my career. We worked together to resolve those difficulties, and I will always appreciate that. Being part of a Super Bowl champion team and then a contender is a dream come true,” Brown, 33, began in a lengthy statement shared on social media by his lawyer, Sean Burstyn. “I make mistakes. I’m working on myself and I have positive influences around me. But one thing I don’t do is shy away from playing hard on the field. No one can accuse me of not giving it my all every play.”

The football player said on Sunday, January 2, that he “relented to pressure directly from my coach to play injured” as he struggled with an ankle injury.

“Despite the pain, I suited up, the staff injected me with what I now know was a powerful and sometimes dangerous painkiller that the NFLPA has warned against using, and I gave it my all for the team,” he said. “I played until it was clear that I could not use my ankle to safely perform my playing responsibilities. On top of that, the pain was extreme. I took a seat on the sideline and my coach came up to me, very upset, and shouted, ‘What’s wrong with you? What’s wrong with you?’ I told him, ‘It’s my ankle.’ But he knew that. It was well-documented and We had discussed it. He then ordered me to get on the field. I said, ‘Coach, I can’t.’ He didn’t call for medical attention. Instead, he shouted at me, ‘YOU’RE DONE!’ while he ran his finger across his throat. Coach was telling me that if I didn’t play hurt, then I was done with the Bucs.”

During Sunday’s broadcast, football fans saw Brown rip off his jersey and run across the field during the third quarter.

“I didn’t quit. I was cut. I didn’t walk away from my brothers. I was thrown out,” he continued in his statement. “Being fired on the sideline for having a painful injury was bad enough. Then came their ‘spin.’ Coach denied on national television that he knew about my ankle. That’s 100% inaccurate. Not only did he know I missed several games with the injury, he and I exchanged texts days before the game where he clearly acknowledged my injury. He obviously knew I was on the injury list. And the GM acknowledged after the game in text messages to my camp that I did tell coach about my ankle pain on Sunday.”

The athlete noted that it was “frustrating” for the whole team to be losing to the New York Jets on Sunday, acknowledging that he “walked off the field,” but said “there’s a major difference between launching from the line and taking hits” and “jogging off the field with a rush of emotions going through your mind.”

He explained: “I am reflecting on my reaction, but there was a trigger. The trigger was someone telling me that I’m not allowed to feel pain. I acknowledge my past. But my past does not make me a second class citizen. My past does not forfeit my right to be heard when I am in pain.”

Stars Who Were Fired From Jobs

Brown went on to accuse the team of an “ongoing cover-up,” reiterating that he didn’t quit. 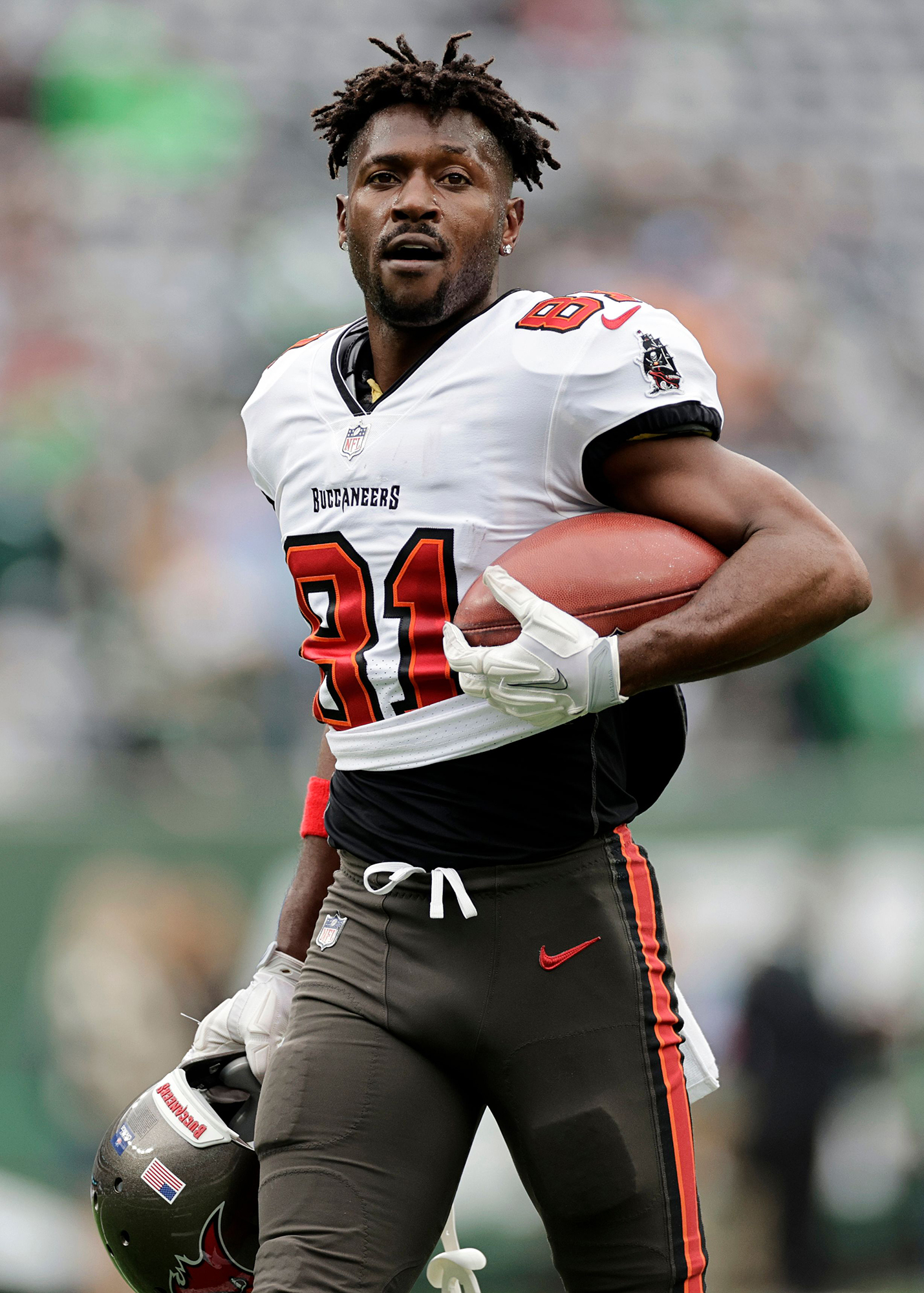 “First they cut me. Now they cage me. Instead of asking how I felt or getting to the bottom of it, the team texted my camp promoting a totally false narrative that I randomly acted out without any explanation. They even told us in writing’ ‘don’t spin this’ any other way,” he claimed. “I have stress, I have things I need to work on. But the worst part of this has been the Bucs’ repeated effort to portray this as a random outburst. They are telling people that first I walked off, then I was cut. No. No. No. I was cut first and then I went home. They threw me out like an animal and I refused to wear their brand on my body, so I took my jersey off. … They are acting like I wasn’t cut and now demanding that I see a doctor of their choice to examine my ankle.”

Brown added that he had an “urgent MRI” on Monday, January 3, which showed “broken bone fragments stuck in my ankle, the ligament torn from the bone, and cartilage loss, which are beyond painful.” He is set to undergo ankle surgery.

He concluded: “I love the Bucs fans. I really do. I love my teammates and everyone who showed me grace and believed in me. I gave the Bucs everything I had on the field. What the organization is doing now needs to get cleaned up. I do not understand how people publicly claiming to be concerned about my mental health can do these things to me in private. Once my surgery is complete, I’ll be back to 100% and looking forward to next season. Business gonna be BOOMIN!”

While the Bucs have yet to publicly respond to Brown’s statement, quarterback Tom Brady asked for fans to give his former teammate sympathy in a post-game conference on Sunday.

“That’s obviously a difficult situation,” the 44-year-old NFL star said. “I think everybody should do what they can to help in ways that he really needs it. We all love him. We care about him deeply. We want to see him be at his best, and unfortunately, it won’t be with our team.”