Angelina Jolie feels the California court system has failed her by not letting her children testify in her custody battle with ex-husband Brad Pitt, sources tell Page Six.

The judge’s tentative decision to give Pitt joint custody of the kids came after nearly five years of legal wrangling — and Jolie has vowed to fight on.

While she’s not upset at sharing custody, as we revealed on Wednesday, she had recently submitted alleged evidence of domestic abuse by Pitt to the court that remains under seal.

“The custody schedule was always determined by the court,” a source familiar with the situation told us. “It’s sad that Brad’s people are gloating about a potential win when beating a system that exists to protect families and children from issues that harm their well-being is not something to brag about. 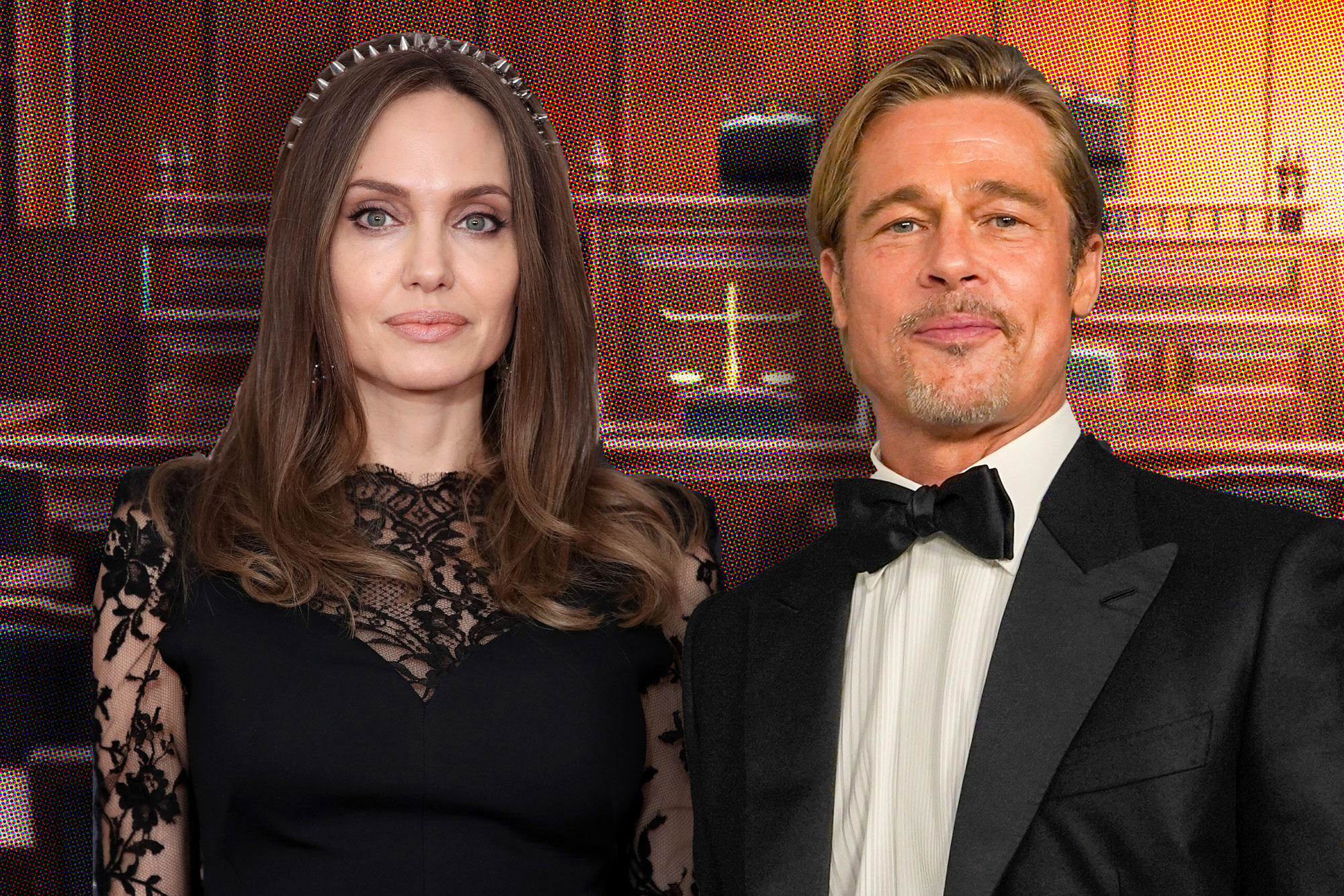 “The heart of this dispute has not been about keeping the children apart from their father, it’s been Angelina asking for care for her family,” the source added. “Her motivations have never been to deny the children a relationship with their father.”

The actress, 45, last year made a legal bid to have the judge — who officiated her marriage to Pitt in 2014 — thrown off the case.

She’s currently awaiting a decision from the appellate court, which could mean Judge Ouderkirk’s decision could be voided. 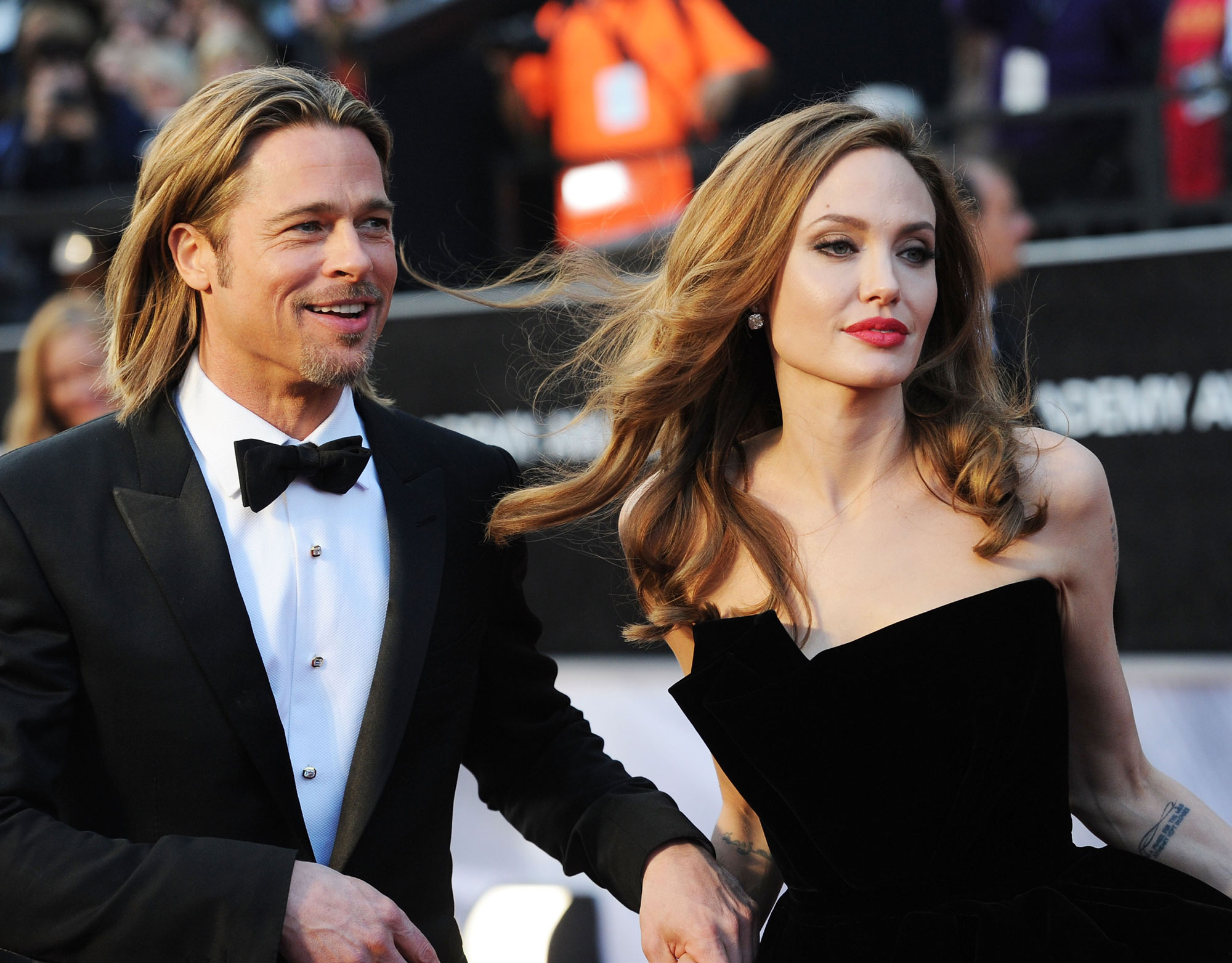 The source insisted that Jolie never wants other families to go through what she did, adding: “This system is at fault, and Angelina is focused on fighting a system that does not take into account the full set of issues that affect her family and other families in this situation. She’s working hard to ensure that other families don’t go through her experience.”

However, other sources pointed out that Judge Ouderkirk made his decision last week following hours of testimony from child services staffers, therapists and other professionals, all of whom had spoken to the Jolie-Pitt children.

An insider familiar with the divorce told Page Six that Pitt’s ultimate aim was always “just to spend more time with his children, to make sure they’re healthy, happy and cared for,” adding that the actor, 57, is being careful not to celebrate as it’s still a tentative ruling.

“The process isn’t over, and every step of the way Angie has resorted to extreme tactics to misrepresent her story [to the media] and to destroy anyone who goes against her — therapists, experts and even the judge,” the insider claimed. “And at the end of the day, Angie was found not to be credible by all of these people.

“She thought there would be charges brought against Brad after the plane incident, she dropped her lawyer Laura Wasser and claimed that Brad owed her millions in support, which was untrue.” 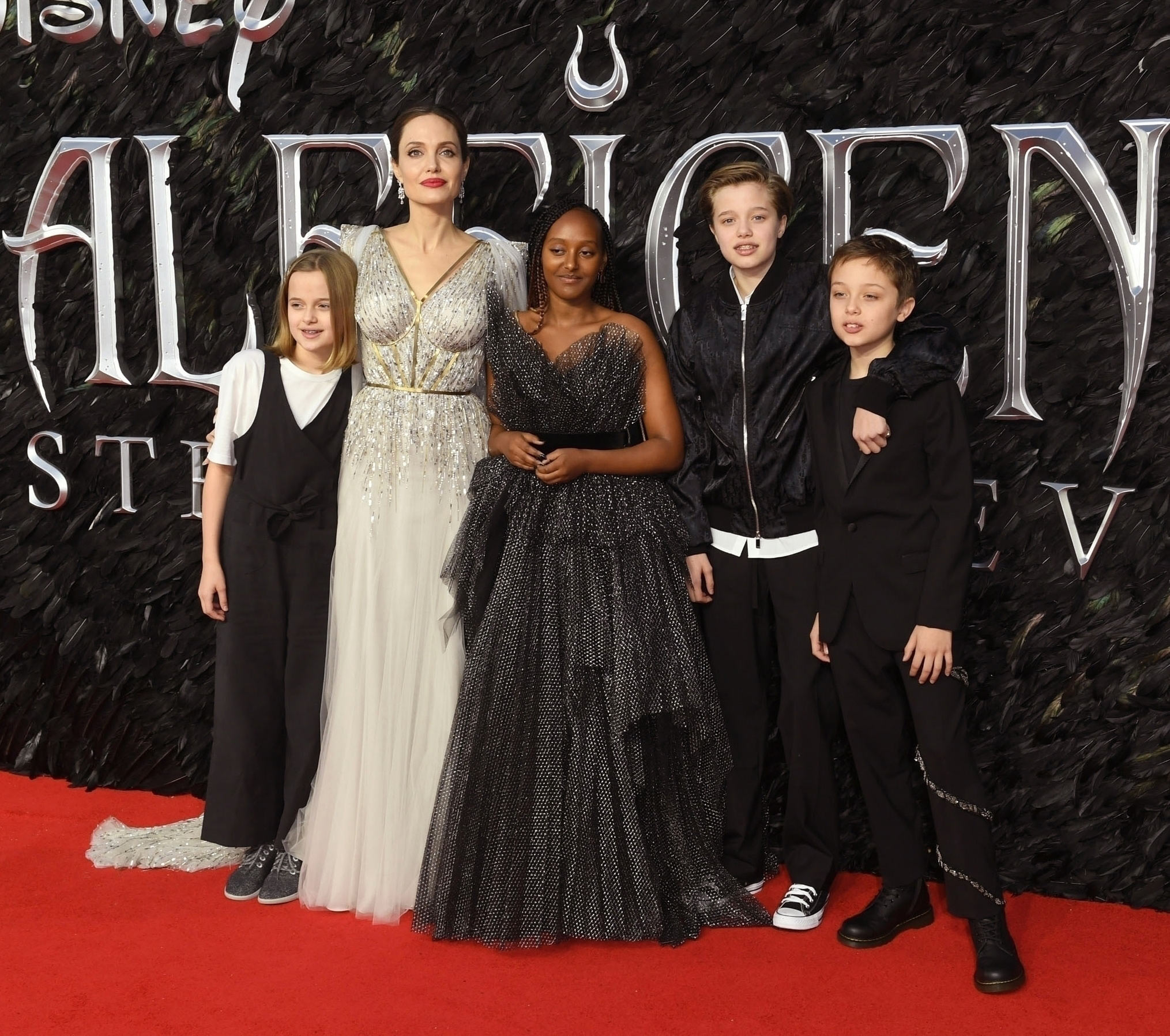 Jolie has frequently taken her kids on the red carpet and out in the full glare of the cameras.

They were seen all posing with her — sans Maddox, who was studying at Yonsei University in Seoul, South Korea — during the premiere and press tour for “Maleficent: Mistress of Evil” in 2019.

She then included them in a glossy cover story and photo shoot for British Vogue in February, entitled “At Home With Angelina Jolie,” which captured her and the kids at the estate formerly owned by Hollywood legend Cecil B. DeMille’s house in Los Feliz, Calif. Jolie bought the property for $24.5 million in 2017.

The source alleged that the “Tomb Raider” star had used the kids as “tools through the [court] process,” adding, “Brad has never referenced his kids — apart from thanking them in his Oscar speech — and he didn’t reveal his court win, Angie did.”

Reps for both Jolie and Pitt declined to comment.

‘This Is Us’ Season 5 Finale: Dan Fogelman On Tonight’s Jolting Twist & “Ambitious” Final Season Which Will Tie Up All Loose Ends