Andrew Lloyd Webber Is Streaming His Musicals For Free, Starting Today With a Donny Osmond Classic

Andrew Lloyd Webber is a legend when it comes to Broadway musicals. He has several hits and shows that were still going strong on Broadway up until the pandemic shut everything down. Shows like Phantom of the Opera still had a strong presence in New York City’s theater district, and other shows like Evita and Jesus Christ Superstar come back often as well. But as mentioned above, the coronavirus (COVID-19) pandemic has shut the world down, and that includes all Broadway shows. So, Lloyd Webber is streaming his musicals, for free. Here’s how to watch. 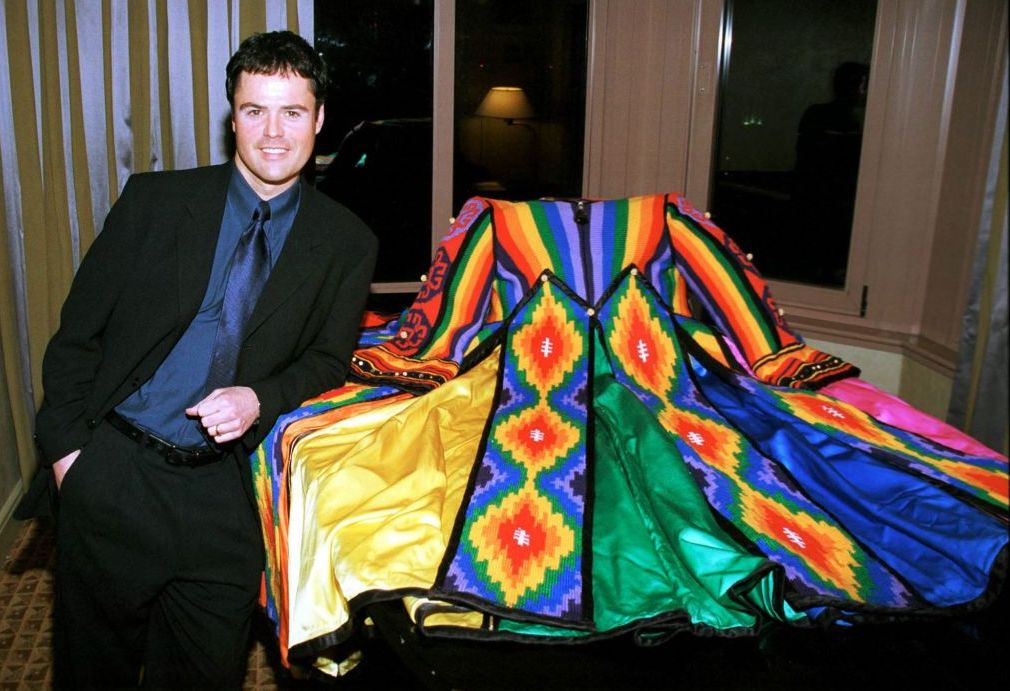 Every Friday, a new Andrew Lloyd Webber musical will stream on YouTube

On April 2, WhatsOnStage.com reported that Lloyd Weber is streaming musicals on YouTube ever Friday. The announcement came from the new YouTube channel, “The Show Must Go On!” which Lloyd Webber introduced in a new video.

“I’m here to tell you that Universal has come up with the idea of a whole series now, called ‘The Show Must Go On,’ which is about musicals going from stage to screen,” Lloyd Webber said. “And they’re going to show one of mine every Friday for the next few weeks.”

As the video’s description reads, the productions will premiere at 7 pm BST, which is 2 pm Eastern Time, and 11 am Pacific. If you can’t make it right when it premieres on the channel, no worries because it will stay up for 48 hours so you can watch it all weekend long. Either over and over again, or just at your leisure.

“Starting off with Joseph and the Amazing Technicolor Dreamcoat,” he said. “And sometime, buried deep within the schedule, later on, the most important one, my disaster musical By Jeeves. And I’m very, very fond of it and so will you.”

Joseph and the Amazing Technicolor Dreamcoat also stars Maria Friedman as the wildly entertaining narrator, Richard Attenborough as Jacob (Joseph’s father), Robert Torti as Pharaoh, and so many other wonderful actors. It was intended to be a feature film released in theaters, however, it went straight to video upon release. It has some great reviews and takes the musical, which premiered in the ‘70s, to great heights. It’s zany and colorful (duh) and it mixes so many different genres perfectly.

There are a lot of other theater initiatives going on for you to stream for free, too

WhatsOnStage.come reported that next week, the Jesus Christ Superstar will be the Lloyd Webber musical of choice. It’s the 2012 UK Arena tour production of the show, starring Tim Minchin as Judas, Melanie C Mary Magdalene and Chris Moyles as King Herod. The show is a rock, Broadway musical about the final days of Jesus of Nazareth.

The channel encourages people to take advantage of the free nature of the streams by donating to different art causes in the UK, American, and Australia.

If you love Lloyd Webber and Broadway and need more shows or performances to watch online while you’re stuck inside, there are other options available. Feinstein’s / 54 Below, an NYC venue known for its cabaret nights, is posting videos on their YouTube of different performances from Jeremy Jordan, Kyle Dean Massey, and more. Not to mention, WhatsOnStage.com has a list of other free ways to watch musicals and plays. Enjoy your new, musical Friday evenings!