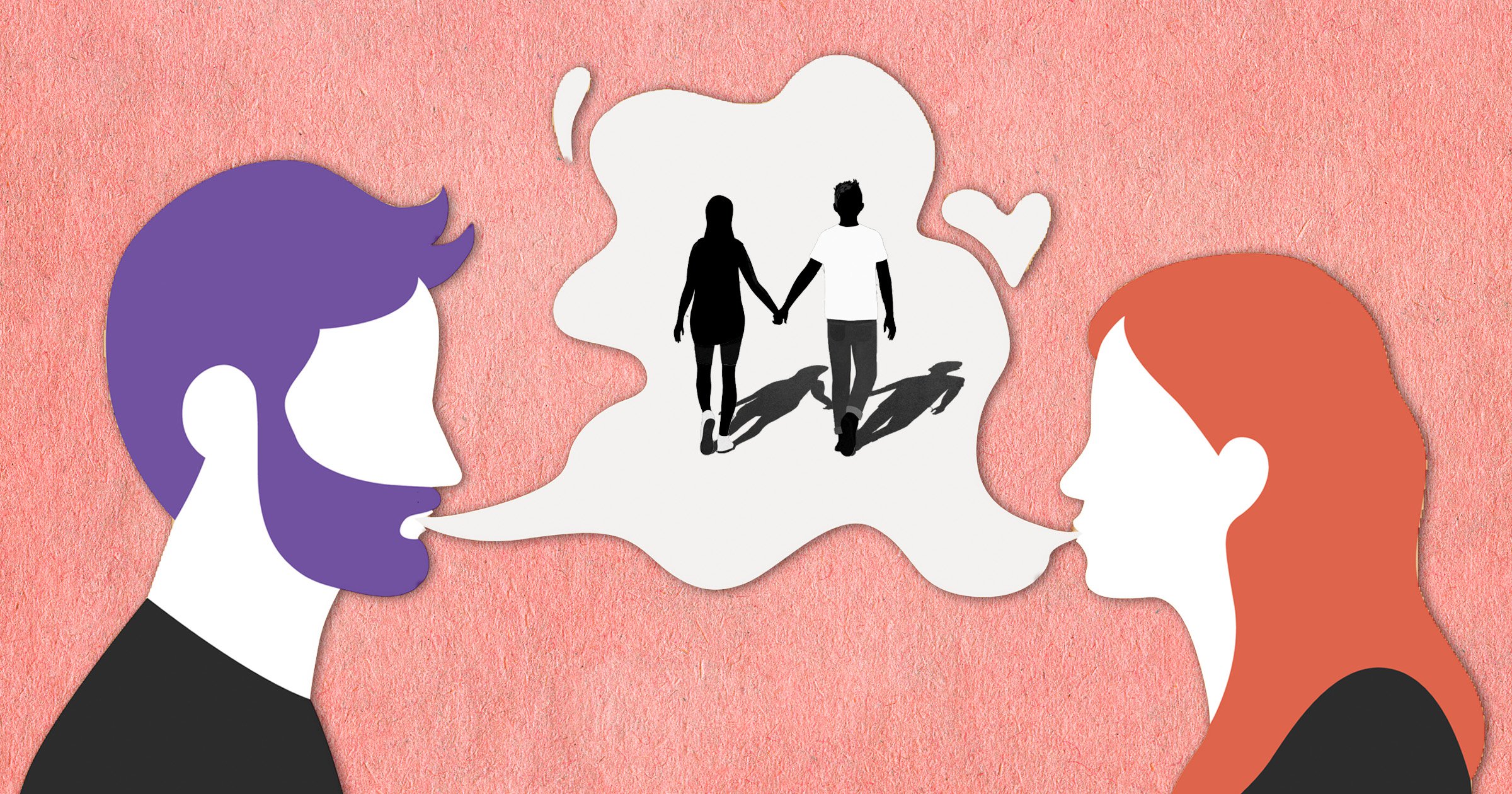 The ‘talking stage’ is somewhat of a dreaded dating purgatory, but it shouldn’t be.

It’s the period of time where you can essentially dip your toes in the pool of that potential relationship but it’s also make or break for the both of you.

What if the spark isn’t there? What if conversation drops off? What if one of you is a morning person and the other is a night owl?

The talking stage in the modern world of dating usually refers to the time in which two people are texting or chatting back and forth either between early dates or before a first date.

It’s essentially the time where two people begin to build rapport, connection and check each other out consciously or subconsciously for their aligned interests, values and wants from engaging with each other – but it can also feel like a bit of a minefield.

Everything seems amazing until you stumble on that one sticking point that may just be a deal breaker, which means it can sometimes be tempting to skip the small talk.

But dating expert Sarah Louise Ryan has told Metro.co.uk why the talking stage is so important and how to navigate it successfully.

‘The talking stage is crucial to building respect, rapport and trust which is needed to form the foundations of something that could be more significant,’ explains Sarah.

‘Communication, in all things, is crucial so start as you mean to go on.

‘Don’t hold back on your wants, needs, desires, curiosity and even your intentions for your romantic future.

‘Those who are not aligned with you will fall by the wayside, leaving room for the right dating opportunity.’

Sarah adds that this talking stage typically lasts about a month.

The talking phase should be used as an opportunity to build mutual respect, explore curiosity about each other, and see if there’s a potential friendship in order for something more significant and romantic to stem from, explains Sarah.

She adds: ‘Things such as interests, passions, views of the world and commonalities should be discussed, which should then form more of an excitement and curiosity for what could be to come.’

Can signal red and green flags

Sarah said that it’s more important to focus on the green flags and what aligns with them, rather than navigating dating like the majority of singles today do – AKA, being on the backfoot, looking for the wrong, finding fault and being guarded.

However, Sarah says there are certain dating ‘no nos’ in the talking stage to be wary of.

She says: ‘A red flag is when someone doesn’t ask you any questions but enjoys all of the questions you’re asking them.

‘They feel seen validated and receive hits of dopamine when you make them feel good about themselves, yet they give nothing in return.

‘Another is if you’re seeking something significant but they want to go straight into hookup mode sending selfies, nudes or asking questions about your sexual history – or trying to explore it curiously without first getting your content or reading the virtual room.’

Sarah says red flag number three is talking about either exes or past experiences that haven’t served them.

She adds: ‘Bonding over adversity isn’t authentic connection, although it may feel like it.’

Another is someone being negative or a low vibe.

She continues: ‘You’re not looking to fix, save or be someone’s therapist, you deserve connection that’s fulfilling, equal and fun – make sure you connect with those on your wavelength.

‘If they don’t respond for days, weeks or months – their busy agenda isn’t your problem.

‘Make sure you’re connecting with someone who is as invested in communicating and connecting as much as you are.

‘Vibes don’t lie, if there’s any disconnect or misaligned information, make sure to ask more questions and be inquisitive, you have nothing to lose.

‘Lastly if you’re messaging for weeks or months and haven’t met in person and haven’t arranged to meet, there’s every chance you’re filling a void for each other but are ultimately wasting each others time.

‘Be intentional, meet in person quickly.’

Love at first sight is great – but groundwork is needed

Sarah said: ‘Yes you can because spotting someone across the room at a bar or party can be love at first sight.

‘However, talking and getting to know someone is a massive part of a relationship.

‘If we refer to the modern day terminology of the talking phase, yes, it can happen.

‘However, without communicating with each other on a deeper level in general, no relationship that has the legs to run the distance can work without that.’