Alyssa Milano Has ‘Guilt’ Over Shannen Doherty ‘Tension’ on ‘Charmed’ 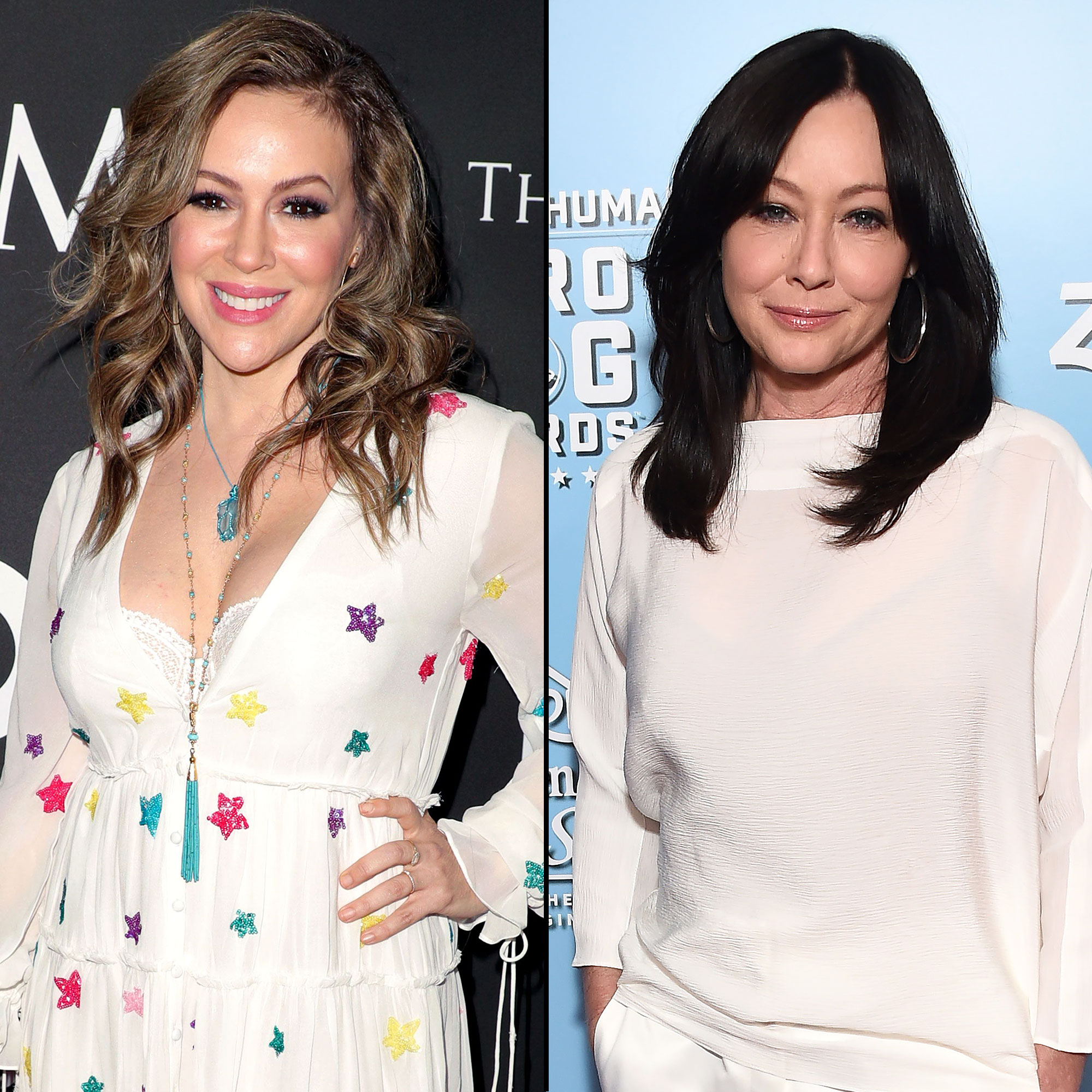 Leaving the past behind. After experiencing many ups and downs following their time on Charmed, Alyssa Milano revealed that her relationship with Shannen Doherty has gotten to a better place.

‘Charmed’ Behind-the-Scenes Drama Over the Years: A Timeline

“I would say we are cordial,” Milano, 48, explained during an interview with Entertainment Tonight on Tuesday, October 26. “You know, I could take responsibility for a lot of our tension that we had. I think a lot of our struggle came from feeling that I was in competition rather than it being that sisterhood that the show was so much about. And I have some guilt about my part in that.”

Rumors of tensions on set started when Milano and Doherty, 50, joined the cast of Charmed in 1998. After three seasons on the series as Prue Halliwell, the Beverly Hills, 90210 alum announced her plans to exit.

“There was too much drama on the set and not enough passion for the work,” Doherty detailed to Entertainment Tonight in 2001. “You know, I’m 30 years old and I don’t have time for drama in my life anymore. To me it’s sort of whatever.”

The Heathers alum also hinted that her departure had to do with her costars.

”I want to work with actors who really, really care and that want to be there every single day,” she added, clarifying at the time that she wasn’t referring to longtime friend Holly Marie Combs. “I don’t want to work with people who bitch about their job and complain about it and say that they hate it or anything else.” 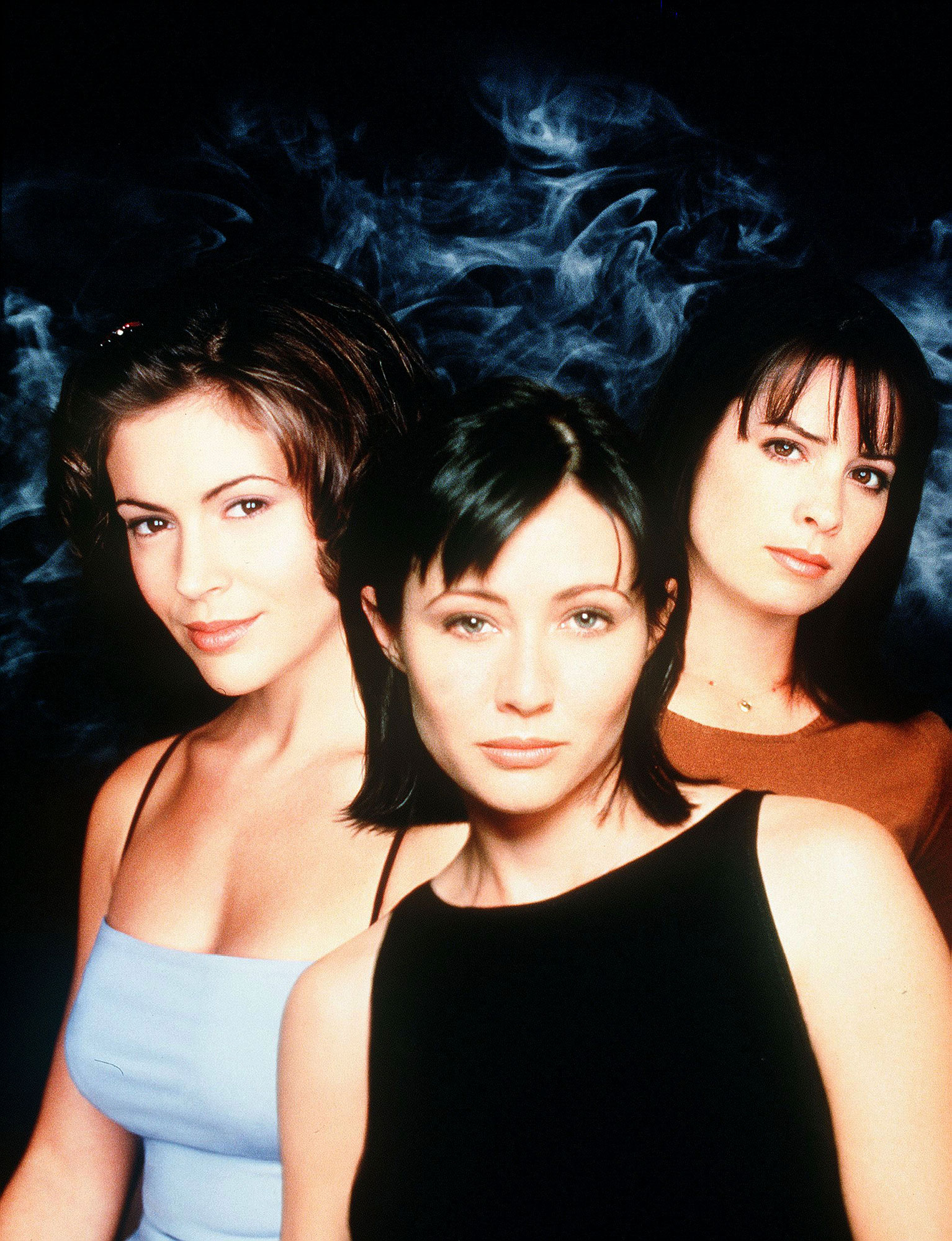 In 2017, the Insatiable alum opened up about how the former costars managed to get to a better place since their time on Charmed.

Biggest Costar Feuds Ever: Celebs That Didn’t Get Along Off Screen

“I think we’re just at ages now that what happens 15 years ago, or however long ago that was, it’s irrelevant,” Milano shared with E! News. “I think that what she has gone through, [and] motherhood in my life, I think it just changes people. I’m so happy that she’s feeling well. I prayed for her every day that she would feel well and I can’t wait to see her.”

At the time, the New York native noted that they first attempted to make amends after Doherty was diagnosed with breast cancer in March 2015. The Riverdale guest star underwent chemotherapy for two years and announced in April 2017 that she was in remission.

Three years later, the Tennessee native confirmed that the disease returned, and she was diagnosed with stage IV breast cancer. Earlier this month, the Mallrats actress reflected on her fight against the disease.

“You really have to dig deep to face cancer, and in that, you find all this stuff that you had hidden away,” Doherty told Good Morning America in October. “And it’s beautiful things that you find: You find the vulnerability, you find your trust in people again. You find forgiveness.”

Milano, for her part, noted that she reconnected with Doherty after hearing about her diagnosis.

“I reached out to her,” the Melrose Place alum added on Tuesday. “And I will send her DMs every couple of months to just check in.”