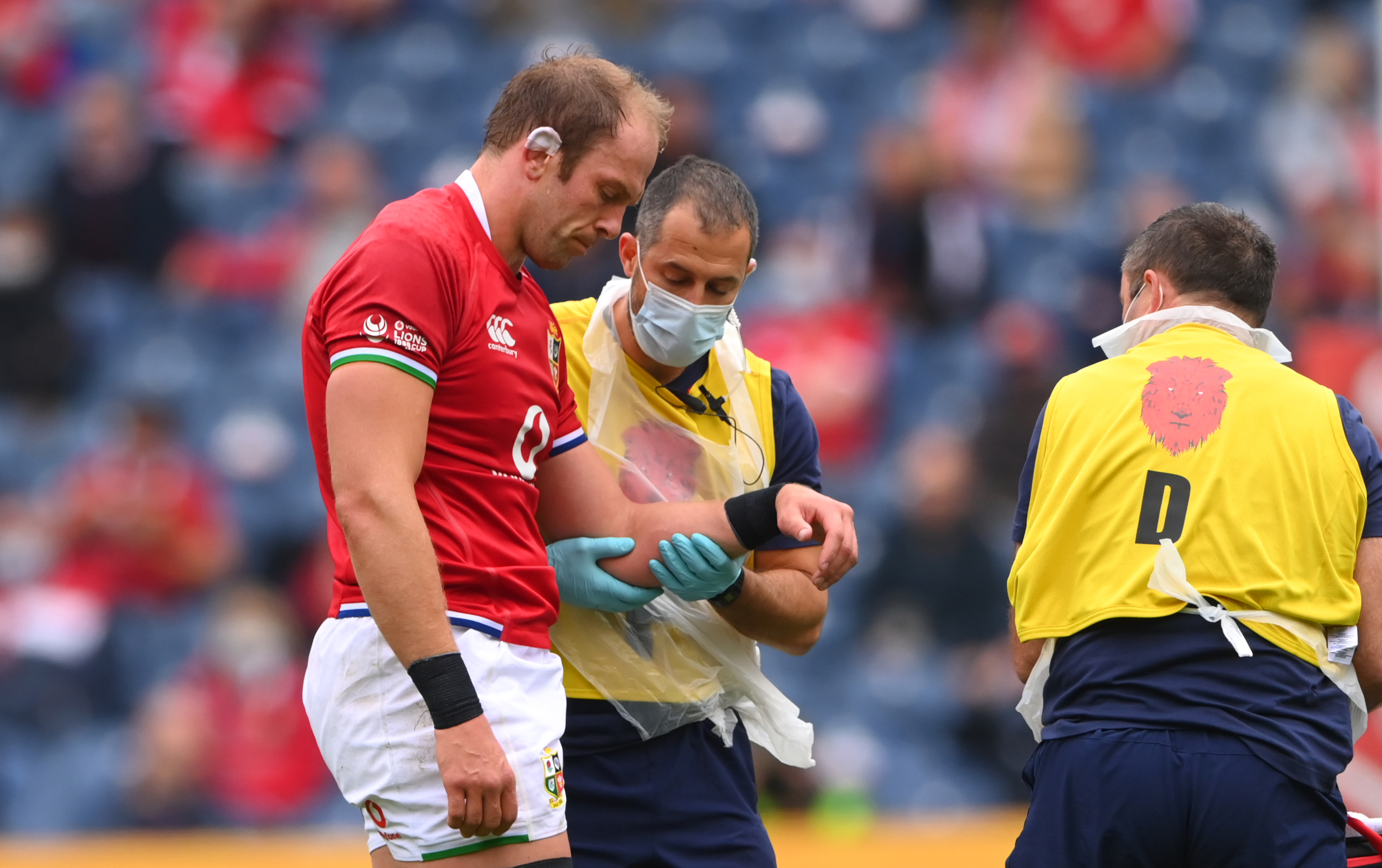 Warren Gatland has confirmed the British and Irish Lions will welcome Alun Wyn Jones back into the squad after the veteran lock made a ‘remarkable’ recovery from a shoulder injury.

Jones was named Lions captain back in May but was subsequently ruled out of the tour of South Africa after dislocating his shoulder in the side’s warm-up victory over Japan less than three weeks ago.

However, the 35-year-old Ospreys star returned to training with Wales at their Vale of Glamorgan base last week and has been given the green light after successfully proving his fitness to the Lions’ medical team.

Jones is therefore set to jet out to Cape Town on Thursday and Gatland will hope the veteran second row is back to full strength in time for the first of the Lions’ three-match Test series against the Springboks on July 24.

‘We are delighted to welcome Alun Wyn back,’ the Lions head coach told reporters on Wednesday.

‘It’ll come as no surprise to anyone who knows Alun Wyn that since injuring his shoulder against Japan, he’s done everything he can to get himself back.

‘It’s remarkable really when you consider it’s just 18 days since he left us in Edinburgh.

‘He’s been training with the Wales squad at the Vale since last week and yesterday he had a proper hit out.

‘Following assessment from the medical staff this morning, we’re satisfied that he’s fit to return.’

According to Gatland, Jones has been going full throttle in training to put himself back in contention for a Test spot.

‘He’s obviously raring to go and from what I’ve seen on video and the feedback we’ve received, he’s certainly not been holding himself back in training,’ Gatland added.

‘He was really getting stuck in yesterday.

‘It’s a massive boost for the Lions to welcome a player of Alun Wyn’s stature back.’

Before Jones’ return was confirmed, Lions kicking coach Neil Jenkins said a recall would be a ‘no-brainer’ should the lock be able to prove his fitness.

‘If anyone could get back to play a Test series at this level, he could,’ he said.

‘If someone of that calibre becomes available and he’s able to represent us, it’s a no-brainer.

‘I have never written him off in any way, shape or form. Nothing surprises me with Al.

‘He’s an incredible player both on and off the pitch.’

This evening’s match between the Lions and South Africa ‘A’ has been given the go-ahead despite mounting fears for the series after an outbreak of Covid-19 in Rassie Erasmus’ Springbok squad.

Since the Lions departed for the tour, there have been 20 positive cases within the hosts’ camp.

Ireland scrum-half Conor Murray will captain the Lions at Cape Town Stadium, with Gatland making 12 changes to the side that beat the Sharks.

Anthony Watson, Chris Harris and Dan Biggar are the only players to keep hold of their places from the tourists’ 71-31 victory at the weekend.