Almost half of drinkers bluff wine expertise to impress their friends

It’s a fragrant little vintage with just a hint of I’m making it all up! Almost half of drinkers bluff their wine expertise to impress their friends, survey shows

Nearly half of us are wine bluffers out to try to impress friends and family.

But if 41 per cent of those questioned in a survey are happy to admit their deceit, many more of us are blissfully ignorant.

More than half – 57 per cent – have pretended to understand the word tannins, which refers to the wine’s dryness, bitterness and acidity, while 35 per cent have exclaimed that a wine is ‘oaked’ – not realising it means that the wine was aged in a barrel made of oak. 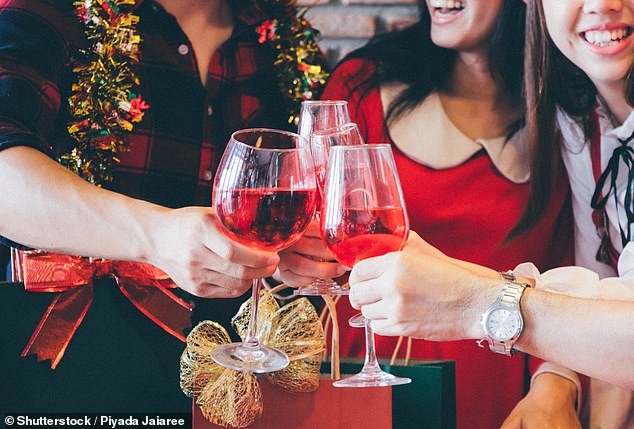 Forty-one per cent of respondents, for the Wine Pinnacle Awards survey, admitted to bluffing about wine (file image)

Almost one in five (19 per cent) thought terroir – a vineyard’s ‘sense of place’ – was a breed of dog. Some 18 per cent felt certain Sauternes – the sweet white from Bordeaux – was a type of orange, while as many as 22 per cent thought corked, where the wine has reacted badly with the cork, meant the cork had broken while opening the bottle.

And one in ten in the survey by the Wine Pinnacle Awards thought the grape variety Zinfandel was a famous magician.

On average the British drink two bottles of wine a week, expecting them to cost less than £7 each. A quarter of us prefer a screwtop. Some 70 per cent of the respondents wished they had a better knowledge and understanding of wine.

When it comes to ordering a bottle in a restaurant 17 per cent admit they always order the third cheapest so as not to appear tight, while 27 per cent always ask the waiter or sommelier for advice to take the heat off them.

A further 42 per cent choose a wine because it has an attractive label, while 34 per cent have bought an expensive bottle of wine to show off to family and friends.

Overall, 77 per cent Brits said they would buy a wine, if it had an award.

Overall 70 per cent would love to know what wines they should be drinking in 2023.

The Wine Pinnacle Awards announced their top 18 wines globally last month – the only awards to recognise a diverse range of categories based solely on merit from over 60 of the best wine experts in the world.

If Zara wanted to do Strictly, she would have King Charless full support, says royal expert
Recent Posts