ALEX BRUMMER: Hitting the nation's wealth creators would be folly

ALEX BRUMMER: Hitting the nation’s wealth creators would be folly

No post-war British Chancellor has faced a more difficult challenge than the one confronting Rishi Sunak on Wednesday.

He knows he must release the ‘coiled spring’ of recovery against a background of the worst peacetime state of the public finances in UK history.

In keeping with the Tory principles of encouraging entrepreneurship, enterprise and aspiration, Sunak is planning a Budget which nurtures the economy and tax revenues back to health as Britain emerges from the nightmare of lockdown by June 21.

But in the process he will recognise that steps must be taken to bring the horrendous deficit and debt legacy of Covid under control. Sunak’s latest economic statement will be a tale of two halves. First the measures to support output, household incomes and jobs.

Then the plans to raise and reform taxes in the autumn when reviews on taxing digital companies and reshaping the onerous system of business rates will be completed.

The Chancellor is determined to lift economic confidence, preserve the UK’s remarkable record on jobs in the pandemic and prevent further scarring to enterprise.

He is planning a fund of £5billion – to be administered by local authorities – to breathe new life into the high street with grants to pubs, restaurants, shops and providers of services.

In parallel he will prolong the furlough scheme to keep people in work. All the indications are that the stamp duty holiday for homes bought under the value of £500,000 will also be extended.

The Chancellor fully understands, however, that the £280billion of spending and tax breaks, including £4billion plus a month on furlough, cannot go on forever.

The public finances are in an alarming state of disrepair.

Public borrowing for the 2020-21 financial year is expected to hit £390billion and could go higher.

That compares with £150billion in the year after the financial crisis. The national debt, that is all the borrowing done by the government down the decades, stands above £2trillion.

It is possible to sustain that level of borrowing when interest rates have been at the lowest level since the Bank of England was founded in 1694. But there have been ominous signs on the financial markets that interest rates could be on the rise as inflation picks up. 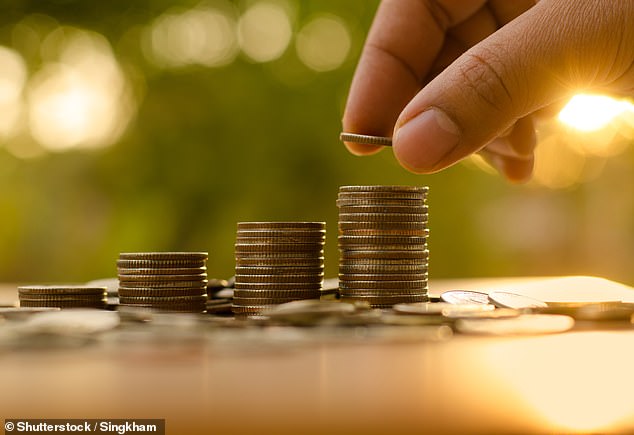 The chancellor is planning a fund of £5billion – to be administered by local authorities. (Stock image) 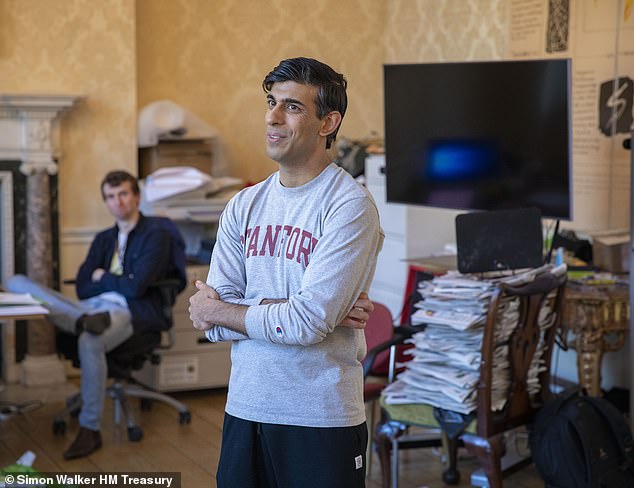 Mr Sunak is determined to lift economic confidence, preserve the UK’s remarkable record on jobs in the pandemic and prevent further scarring to enterprise

If there are tax rises in Wednesday’s Budget I would not expect them to be immediately obvious.

Both measures would be unpopular and could disincentivise people to save and work harder.

Given the scale of the black hole in the public finances it is not surprising that a plethora of tax ideas have been spewing out of the Treasury.

Among them is a plan to bring Britain’s army of self-employed inside the broader national insurance net similar to the workforce employed by bigger companies.

This would be deeply misguided since the self-employed have seized the initiative as the pandemic has raged to start new enterprises from their kitchen tables, garages and garden sheds.

Latest data shows that in the lockdown year of 2020 some 84,758 new firms were set up – a 12 per cent plus increase on the previous year – a tribute to the dynamism and resilience of the British people.

Of similar concern is the idea of increasing the tax on capital gains.

At present the profits made on disposal of shares, small firms and property, other than the homes we live in, are taxed at 28 per cent. The idea is to lift this to 40 per cent but that would deter entrepreneurs and investors.

One fully understands Sunak’s desire to try to restore stability to the public finances. But when the Chancellor starts to mend the nation’s tax base, doing so on the backs of the nation’s wealth creators should never be an option.