Alec and Hilaria Baldwin are resuming life as usual.

Page Six obtained exclusive photos of the couple departing New York City sushi hotspot BONDST, where they dined with a friend on Wednesday following their return from Vermont.

The faux Spaniard held on to the “Motherless Brooklyn” actor’s hand as they made their way down the steps and into a Mercedes-Benz waiting for them out front. 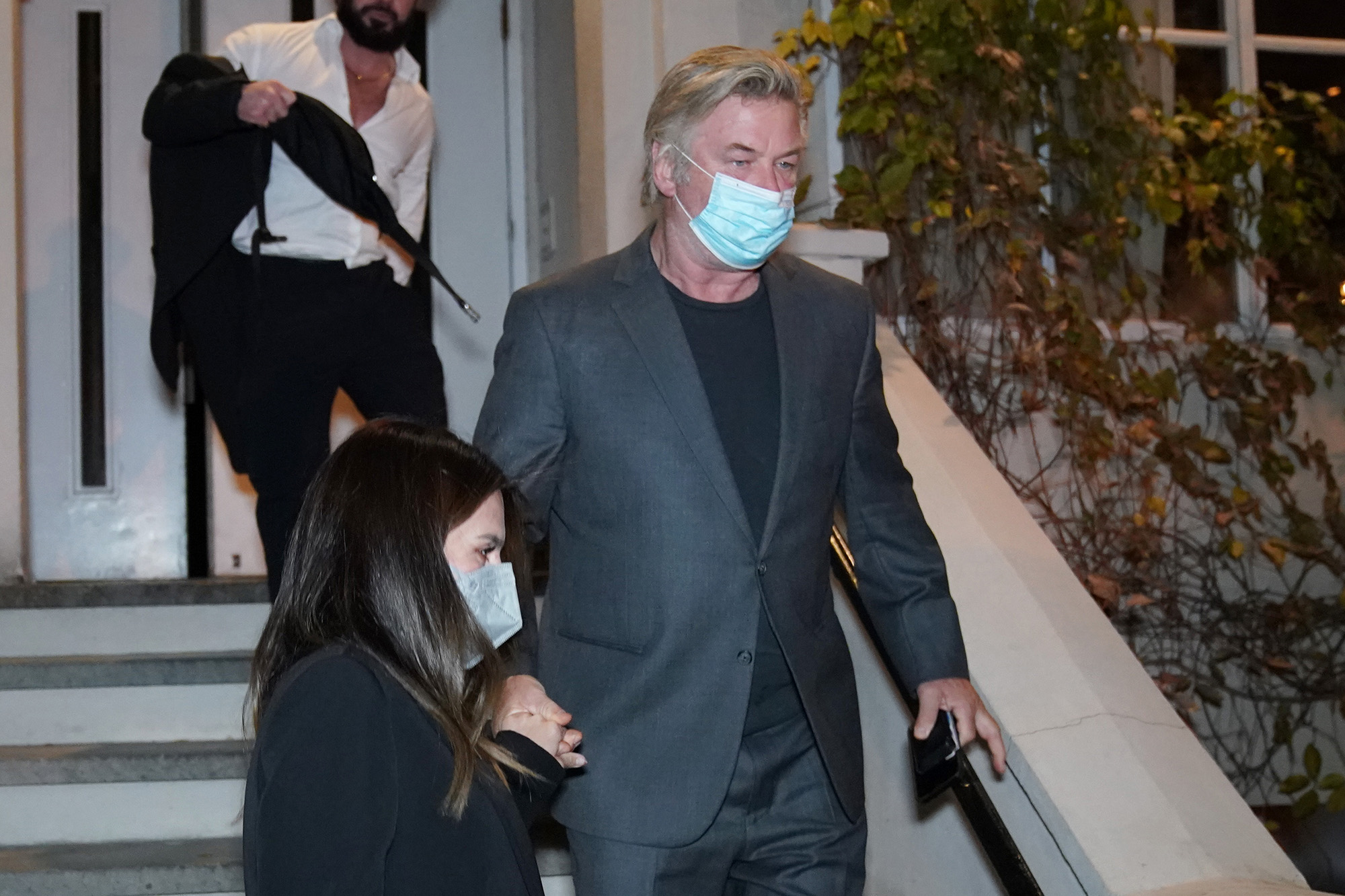 The pair have been back in the Big Apple for a few days after hiding out in New England in the wake of Alec’s Oct. 21 shooting of cinematographer Halyna Hutchins on the set of “Rust.”

The legal ramifications of the tragedy have already begun to hit 63-year-old Alec, who was just slapped with a lawsuit from a crew member for negligence.

The film’s gaffer, Serge Svetnoy, claimed he held 42-year-old Hutchins in his arms as blood poured from her gunshot wound and desperately tried to save her after Alec accidentally shot her with a loaded prop gun, according to the lawsuit filed Tuesday in Los Angeles County Court. 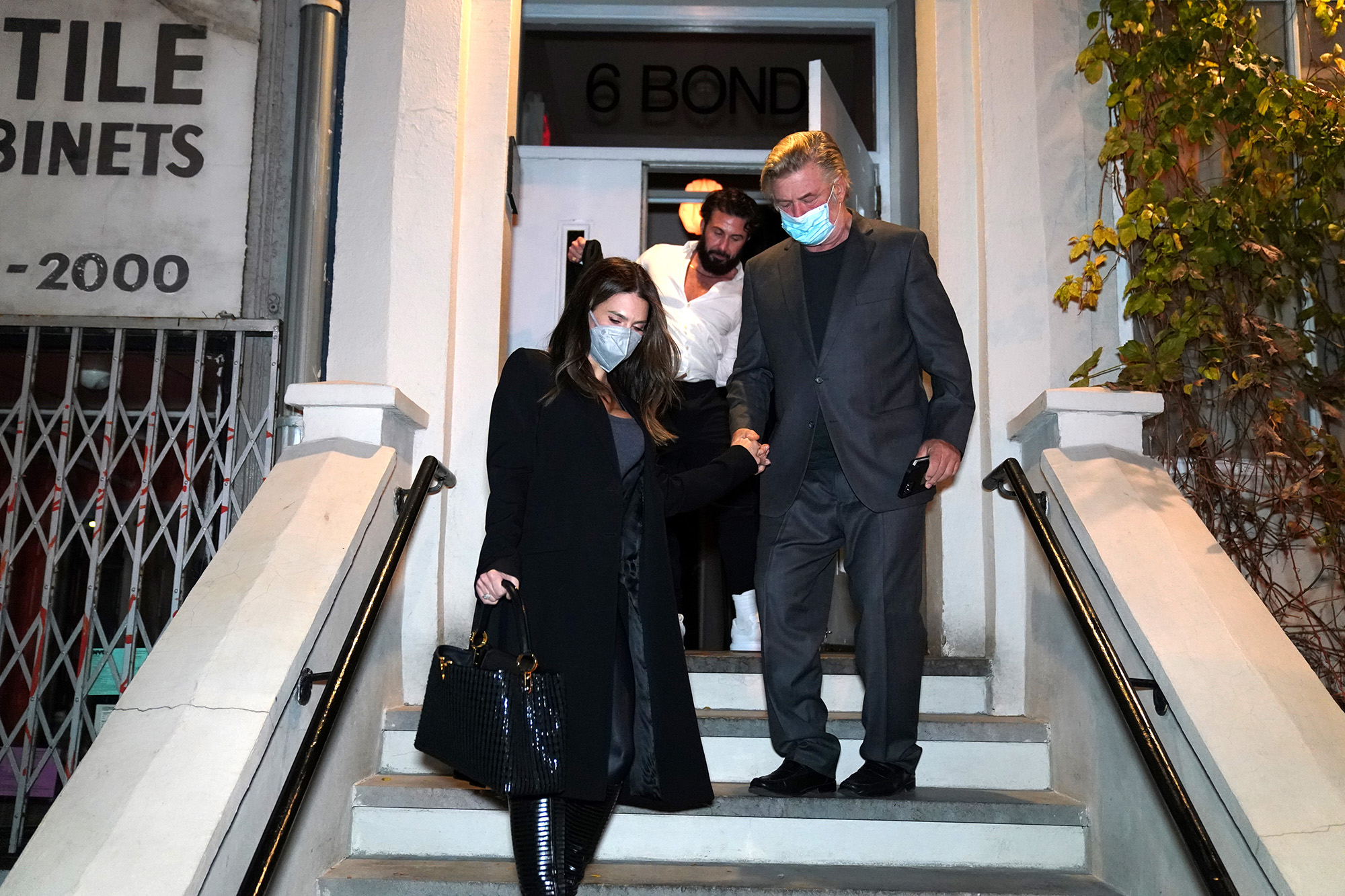 Svetnoy claimed the “30 Rock” alum should have checked the gun before pulling the trigger.

“[Alec] owed a duty to [me] and other crew members and actors on the ‘Rust’ set to handle the Colt Revolver provided to him by [assistant director David] Halls with reasonable care and diligence for the safety of ‘Rust’ cast and crew,” the suit stated. 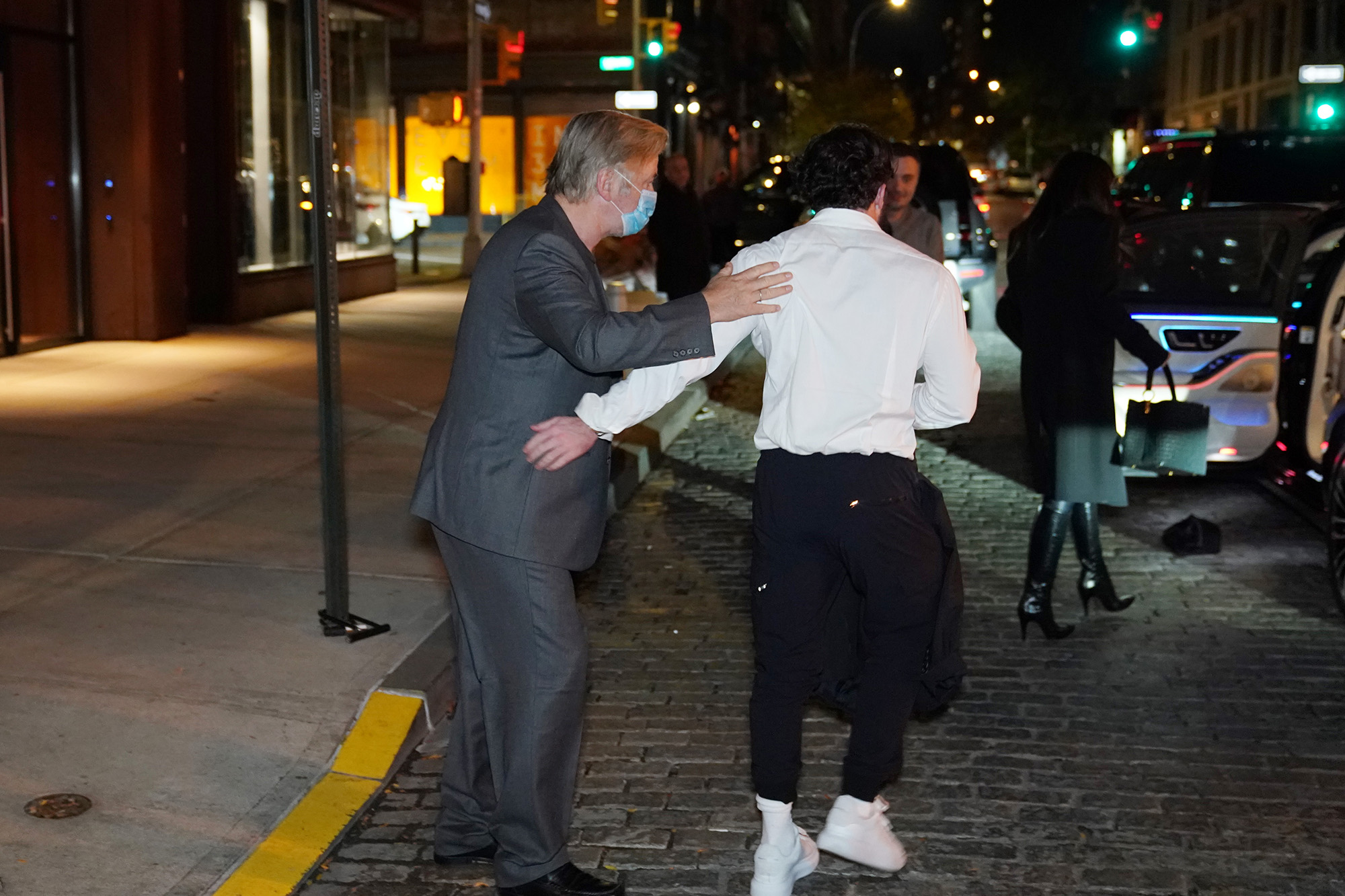 Alec has not responded to the lawsuit, though he previously called Hutchins “my friend” and said he is “extremely interested” in discussions about banning firearms on movie sets.

As for the former yoga instructor, she’s been “checking in” with followers via Instagram.

“Checking in and sharing a few moments. Being together,” Hilaria, 37, captioned a post shared to Instagram on Sunday.