A MASSIVE pricing blunder at Aldi has left shoppers in hysterics after the supermarket listed a box of baked goods for over £7,000.

The unbelievable price mishap was spotted on Casual UK Reddit, as one user shared a picture of a box of nine Mr Kipling mini sponge tarts retailing for £7,147.03. 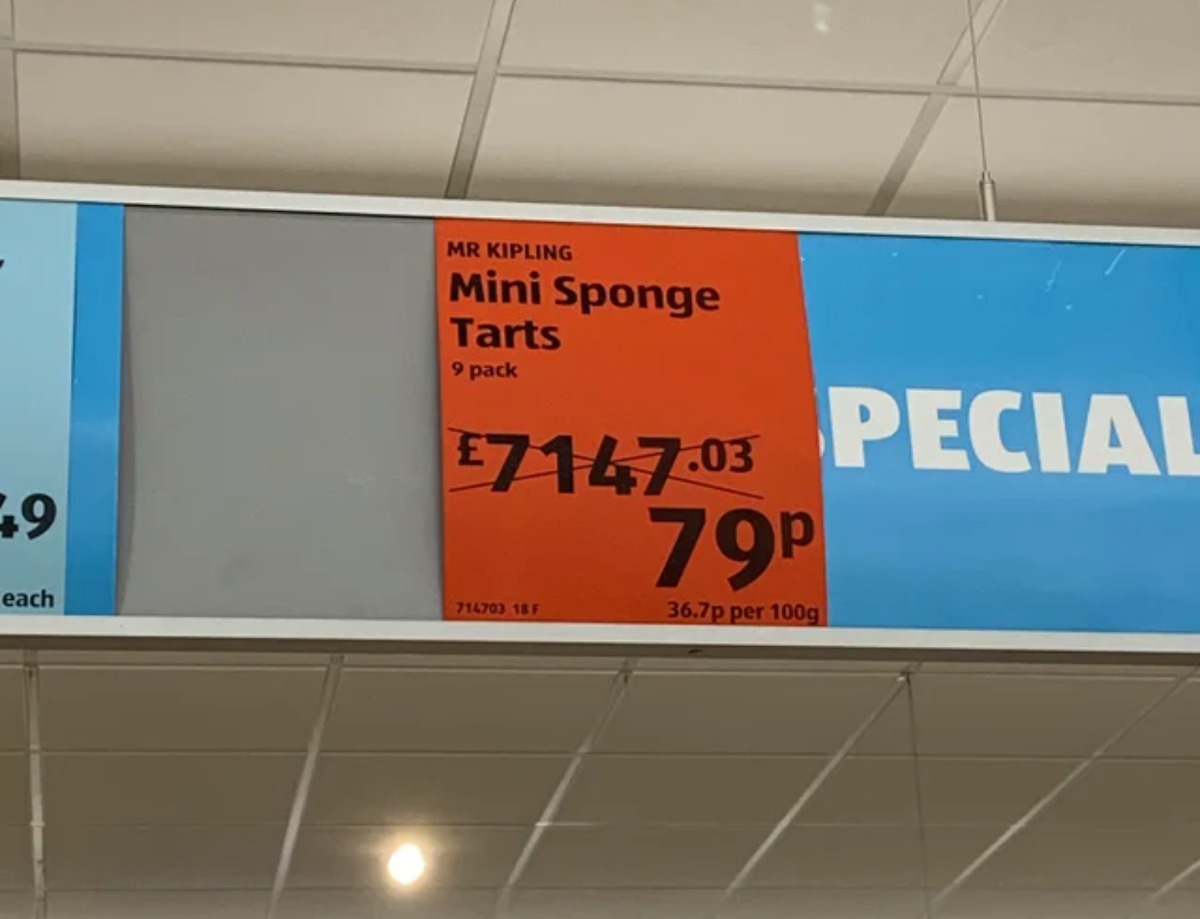 The red label, which usually indicates a price reduction in-store at Aldi, then said the tarts had been slashed to 79p.

If the label was correct then that would mean the nine-pack of tarts had undergone a whopping £7,146.24 reduction.

Aldi is known for its discount grocery prices but the reduction was one step too far for shoppers who thought the mistake was hilarious since the post had gone viral. 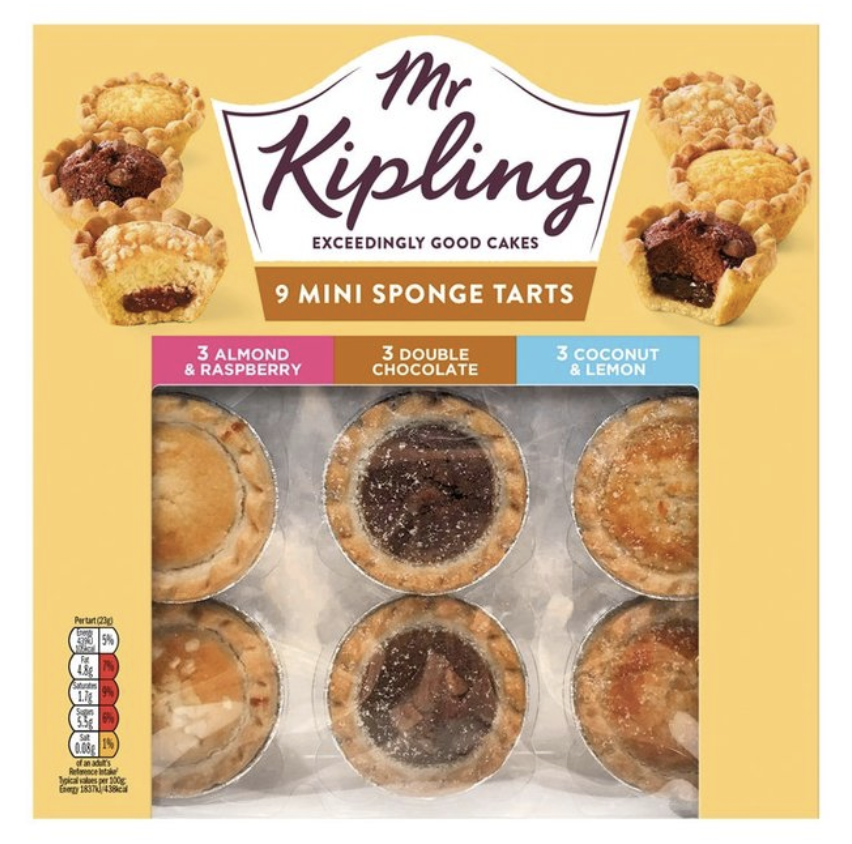 After the image had blown up on Twitter as well with nearly three thousand retweets and 31.5K likes, one user retweeted the image saying: "Everyone, get to @AldiUK they're having a 99.9999% off sale!"

Another took the opportunity to crack their own ironic joke saying: "I'm absolutely fuming at the sale in Aldi. That’s a huge discount, I spent £7000 on those last week."

It's not clear which store the pricing mishap occurred in or when it happened – and we doubt the supermarket actually charged any customers the full whack.

We've contacted Aldi to verify the mistake and will update this article when we hear back from them.

The discounter doesn't offer home delivery so if the viral mishap has got you craving the pack of tarts for yourself, especially at their cheap price, you'll have to head in-store to pick up them up.

Aldi has a store locator tool that will help you find your closest one.

You can get Aldi groceries delivered on Deliveroo for an extra £4.99 delivery fee but the Mr Kipling tarts aren't available in the service because they are reduced.

You can always rely on Aldi to offer discounted goods as the store has launched a McDonald's inspired fakeaway menu that's cheaper but almost identical to the fast-food favourites.

Plus Aldi's Cuthbert the Caterpillar cake has returned to its stores despite the ongoing legal row with M&S, but a few changes to the classic character's appearance seem to have been made.

We've also revealed the tricks supermarkets use to get shoppers to pay up to four times more for the same product.