Labor Leader Anthony Albanese says he expects electoral rules to “always be upheld” but would not say whether he would take further action against Labor’s Parramatta candidate Andrew Charlton for listing a rental property owned by his wife as a place of residence.

Albanese previously called on Prime Minister Scott Morrison to crack down on a Liberal’s candidate for Lilley, Vivian Lobo, after he was reported to the Australian Federal Police by the Electoral Commission for allegedly providing false details about his home address. 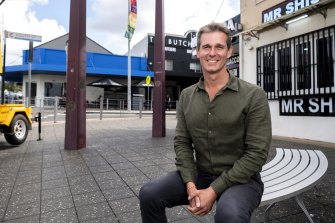 Andrew Charlton said it was an oversight not to update his details.Credit:Rhett Wyman

“This is a really serious issue, and the Prime Minister needs to respond as to what action he will take on this issue,” Albanese said about Lobo.

When asked if he would take action in relation to Charlton, Labor’s star candidate for Parramatta, Albanese said he expected Electoral Commission rules to apply evenly.

“The Electoral Commission took action on that issue and referred the candidate for Lilly to the AFP I expect the rules to always be upheld,” he said.

The Daily Telegraph reported on Saturday that Charlton had blamed an “oversight” after listing a Woollahra rental owned by his wife as his place of ­residence.

Charlton moved to the electorate of Parramatta after buying a new four-bedroom house last month, moving from the $16.1 million Bellevue Hill mansion he previously lived in. However, up until recent days, he was not enrolled at either property and was instead listed at the rental on Jersey Rd in Woollahra.

Under the Commonwealth Electoral Act, voters are required to update their enrolment within a month of any changes.

A spokesperson for the AEC said: “Consistent with other similar matters, we will review the circumstances. If the circumstances dictate that the matter be referred to the AFP for investigation, then that is what we will do.”

Labor has taken a risk with installing the outsider Charlton as its candidate for Parramatta, and the coalition has been heavily targeting the seat as a result.

Charlton told The Sydney Morning Herald and The Age earlier this week that his former eastern suburbs residence “was a matter of public record” and that he’s had great support from local branch members.

Charlton said he and his wife will stay in the electorate even if he loses on May 21.