Cancer specialists have raised ethical concerns about a Melbourne-based clinical trial in which patients are screened for cancer using an unapproved test.

The test itself, known as ISET CTC, cannot be legally offered to the general public in Australia except via a clinical trial, and independent cancer experts say it is not accurate enough to screen for cancer. 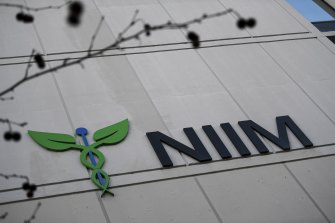 The National Institute of Integrative has been running a cancer trial for almost seven years.Credit:Penny Stephens

But some volunteers in the trial, run by the National Institute of Integrative Medicine, have been told via their doctors they have signs ofcancer. Others have been told the test suggests there is probably not malignancy – potentially prompting them to discuss with their doctors delaying chemotherapy. 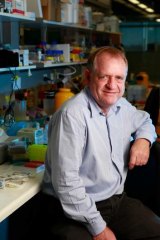 “My jaw is on the floor,” said Professor David Vaux, a leading cancer researcher and member of the Centre for Scientific Integrity. “I think this is absolutely scandalous.

“There are legitimate studies on circulating tumour DNA,” he said. “This is not that kind of study. The system is entirely self-regulated, and there is no mechanism of oversight or review or mechanism to ensure compliance.”

The ongoing trial run by the institute accepts participants from around the country.

The National Health and Medical Research Council, the Australian government’s top science body, has no authority to investigate clinical trials; any allegations of wrongdoing must be made to the institute itself, via its human research ethics committee.

The committee’s current research expert is Dr Isaac Golden, a homeopath and national secretary of the anti-fluoridation Health Australia Party. Dr Golden has no involvement in the clinical trial and The Age and The Sydney Morning Herald are not aware of any complaints made about it.

The National Institute of Integrative Medicine, based in Hawthorn, offers treatments including intravenous vitamin therapy, hyperbaric oxygen and hyperthermia therapy, while the research department studies chronic fatigue and medical cannabis.

Associate Professor Karin Ried, the trial’s principal investigator and the institute’s director of research, told The Age that the number of cells found “is directly related to the progression, or risk, of cancer”.

“It’s basically validated worldwide,” she said. “I call it a photograph of the inside. You can find out why I’m feeling so sick. We know it works. We’re just using it as a research trial because we don’t have accreditation at this point.”

According to her biography on the Institute’s website, Dr Ried holds qualifications in chemistry, genetics and public health.

Professor John Rasko,who studies CTC tests as director of the Li Ka Shing Gene and Cell Therapy Initiative at the University of Sydney, said an accurate test for circulating tumour cells was a long-held dream but no such test has ever been approved for use in Australia.

“It is an unvalidated assay that has not been rigorously established. This raises serious ethical questions about using an unvalidated test to give medical advice,” Professor Rasko said. “Any pay-to-participate clinical trial of an unproven clinical test is almost always unethical in my opinion.” 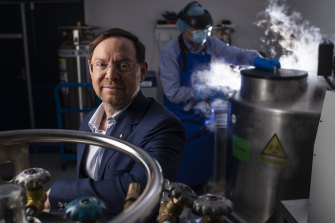 C. Glenn Begley, a world leading cancer trials expert and former head of cancer research at major biotech Amgen, said: “Based on what is disclosed publicly, it would appear that these investigators are using an unapproved, non-validated test … This raises a concern that legitimate, approved treatment options might be withheld from those individuals.”

New screening tests are often subjected to clinical trials to see if they work. But because it is not clear if the screening method being tested can accurately detect cancer, patients are generally not told their results, Professors Rasko and Begley said.

Professor Ried confirmed that as part of the institute’s clinical trial the results of the screening tests are shared with a volunteer’s doctor.

“If it’s an oncologist, a specialist, a GP, it’s a doctor who’s going to have the conversation with the patient. We never give the patients the results directly.”

Any treatment decisions were then made by the doctor, not the researchers, she said.

Professor Ried said if a volunteer who had chemotherapy scheduled had a CTC test and discovered the number of circulating tumour cells was low, it was plausible patients could discuss with their doctors delaying the scheduled treatment.

A spokeswoman for the National Health and Medical Research Council said asking patients to pay to be part of a clinical trial, and sharing the results of that trial, were not direct breaches of research ethics.

“It is not within the remit of the NHMRC to investigate allegations concerning any individual clinical trial or any other research, she said.

The trial, which has now been running for almost seven years, has led to several publications. Comparable trials do occasionally run for that length of time. 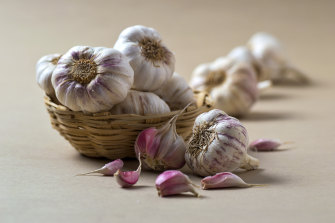 Volunteers were advised about taking garlic and green tea if cancer markers were found.Credit:iStock

Professor Rasko said that advice raised serious ethical questions. “None of these agents are approved for use in cancer,” he said.

In a statement, National Institute of Integrative Medicine spokesman Professor Ian Brighthope said the CTC test was “a screening test, not a diagnostic test, that aims to provide a biomarker for the early detection of cancer and can be used by a patient’s treating doctor as part of their individual treatment plan”.

“We are proud to contribute to the scientific evidence base showing integrative medicine can help address complex illnesses and improve health outcomes for Australians.”

As long as the trials are approved by a human research ethics committee, “you can do anything”.

Liam Mannix’s Examine newsletter explains and analyses science with a rigorous focus on the evidence. Sign up to get it each week.