Home » Lifestyle » A passion for people and real estate A passion for people and real estate 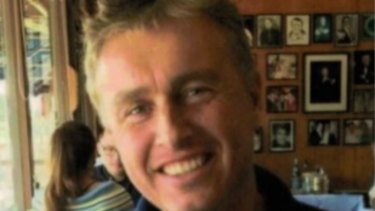 He and his wife of 20 years, Kristina Schwarz McLaughlan, live in Piedmont, East Bay (San Francisco), California, with their 2 children, Alex (age 15) and Lea (age 12).

Born on September 13, 1968, Lynden was the son of Ian and Rona McLaughlan and older brother to Marc and Danielle. He attended Ivanhoe Grammar for six years, graduating in 1986.

Lynden was part of the successful swimming team in the '80s, together with the Moriarty family. After graduating, he started studying a bachelor of science at La Trobe University, majoring in mathematics and computer science.

After 18 months of study in Australia, Lynden spent several years travelling the world working as a rafting guide, ski instructor, in youth camps in America and briefly as a chauffeur for an African embassy in London.

He got married and settled in the Bay area in California in 1998, where he successfully combined his entrepreneurial spirit with his passion for both people and real estate, steadily building his own Bay area portfolio and construction company over the past 20 years. He retired from his construction company and completed his university degree last year at home in Piedmont.

Lynden was a lifetime athlete, competing as a swimmer, triathlete, kayaker and professional rafting guide during his years in Australia.

In the US, he notably hiked the entire Appalachian Trail, covering all 2200 miles from Maine to Georgia during a very snowy winter with only a backpack and a pair of very old donated snow shoes!

Lynden put those strong hiking legs to use most recently as an avid cyclist and enthusiastic coach of his kids’ mountain biking teams.

In 2016, he completed the Race Across America (RAAM) with his tandem team, raising money for Alzheimer’s research. He cycled across three mountain ranges in a race that is 30 per cent longer than the Tour de France, in one continual stage, racing 24/7 without any rest days, each team taking over after the last one finishes.

He will be fondly remembered for his love of his family and friends, as well as the generosity, optimism and boundless energy he brought to everything he did.

This tribute was written by Lynden's family.

Other voices: Why are female broadcasters still in a minority?