Four people were killed in Nashville as 7 inches of rain drenched the city in just 48 hours, authorities said. It’s the second-highest two-day total ever, after the historic May 2010 floods that left 36 people dead.

At least 130 people were rescued from vehicles, apartments and houses overnight and into Sunday morning, authorities said at a press conference.

The Metro Nashville Police Department said flooding from Seven Mile Creek claimed three of the lives. Police found the bodies of a 64-year-old man and a 46-year-old woman near a homeless camp where flooding from the creek had impacted the area. Another body, a 70-year-old man, was recovered from a vehicle that had been submerged in water near a Walmart. 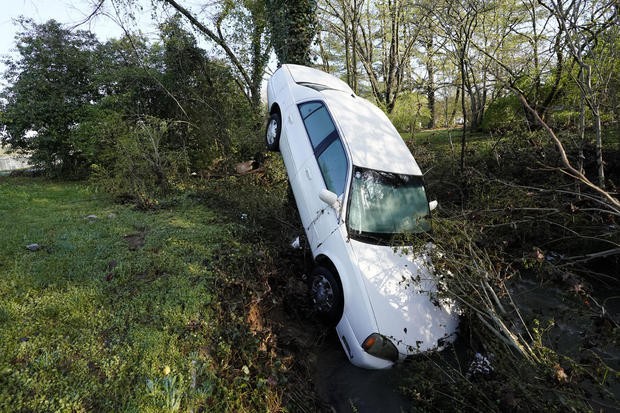 The fourth victim, a 65-year-old man, was found dead on the Nashboro Village golf course, CBS Nashville affiliate WTVF reported. Police believe the man was swept away by high water after getting out of a car that ran off the road into a culvert.

While the rain has subsided, the National Weather Service warned Sunday that more flooding is possible in Middle Tennessee as water makes its way through creeks and streams, then into major rivers.

Hourly rainfall totals reached 2-3 inches south and east of Nashville. Rainfall totaled 5.75 inches on Saturday alone, the wettest day on record for the city in March.