Home » Lifestyle » $200b program to help businesses through pandemic had little impact: RBA $200b program to help businesses through pandemic had little impact: RBA

A near-$200 billion Reserve Bank line of credit offered to the nation’s financial institutions failed to boost lending to small and medium-sized businesses during the COVID-19 pandemic, the first examination of the program has revealed.

RBA economists found the term funding facility (TFF), which was supposed to help businesses get through the recent recession but is now providing a financial windfall to major banks, had no “statistically significant effects”. 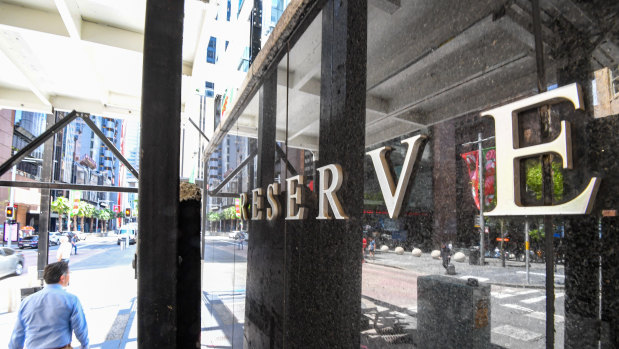 A $200 billion line of credit to the nation’s banks during COVID-19, aimed at boosting lending to small and medium-sized businesses, had no significant impact a study has found.Credit:Peter Rae

The federal government’s $90 billion JobKeeper program, announced a fortnight after the facility, and businesses’ general fear of taking on debt during a recession appear to have undermined the program’s intent.

The facility, offered initially at an interest rate of 0.25 per cent, was announced after an emergency Reserve Bank board meeting in March 2020. In November that year, the rate was cut to 0.1 per cent.

The original plan was to offer banks at least $90 billion under the facility. It would eventually reach $188 billion before it was closed in mid-2021.

The facility was set up amid concerns the country’s banks would both struggle to access credit at a competitive price and would restrict lending to small and medium-sized businesses.

When he announced the facility, RBA governor Philip Lowe said its main aim was to provide an incentive for lenders to support the business sector.

“This is a priority area for us. Many small businesses are going to find the coming months very difficult as their sales dry up and they support their staff,” he said at a press conference on March 19, 2020.

“Assisting small businesses through this period will help us make that bridge to the other side when the recovery takes place.”

But a study of the facility by RBA economists Sharon Lai, Kevin Lane and Laura Nunn found the cheap money probably failed to boost lending to small and medium-sized businesses. 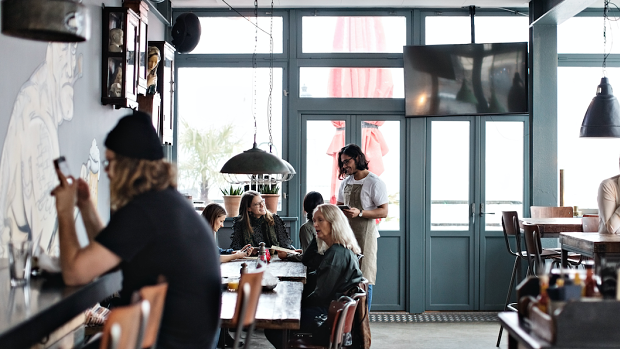 Small businesses had little appetite to take on extra credit during COVID-19 or were supported by government programs.Credit: Getty.

“Overall, we find no statistically significant effects of the TFF on bank credit growth for SMEs compared to large businesses, and mixed results when comparing aggregate business credit growth for TFF-eligible banks against ineligible non-banks,” they said.

“We also find no statistically significant effects on aggregate business credit growth for eligible banks that accessed the TFF compared to banks that did not draw down.”

The authors noted two factors might have affected how the facility worked.

They said many small and medium-sized businesses had little appetite to take on new loans, partly because of ongoing uncertainty about the economic outlook, while other government support programs allowed businesses to increase their cash buffers.

“Businesses received sizeable government support via initiatives such as JobKeeper, which boosted their cash flow, reducing the need for credit,” they found.

While not boosting credit to businesses, the study did note the facility reduced banks’ funding costs and, along with other policies, reduced borrowing costs for households and companies.

The RBA was not the only central bank that sought to protect small and medium-sized businesses with targeted lending programs. The report authors noted that the global evidence on the effectiveness of these programs aimed at particular parts of an economy was “mixed”.

Under the program, low-cost lending was fixed for three years. That means it will continue to benefit the financial institutions that used the facility until mid-2024.

Since it ended, borrowing costs along with official interest rates have increased.

University of Melbourne professor of finance Kevin Davis has estimated that because the facility offered cash to banks well below the cost of their usual source of funds, it amounted to a taxpayer-funded subsidy worth between $500 million and $600 million a year.

The facility was used by 92 banks but Commonwealth Bank of Australia, National Australia Bank, ANZ and Westpac accounted for about 70 per cent of the total credit line.