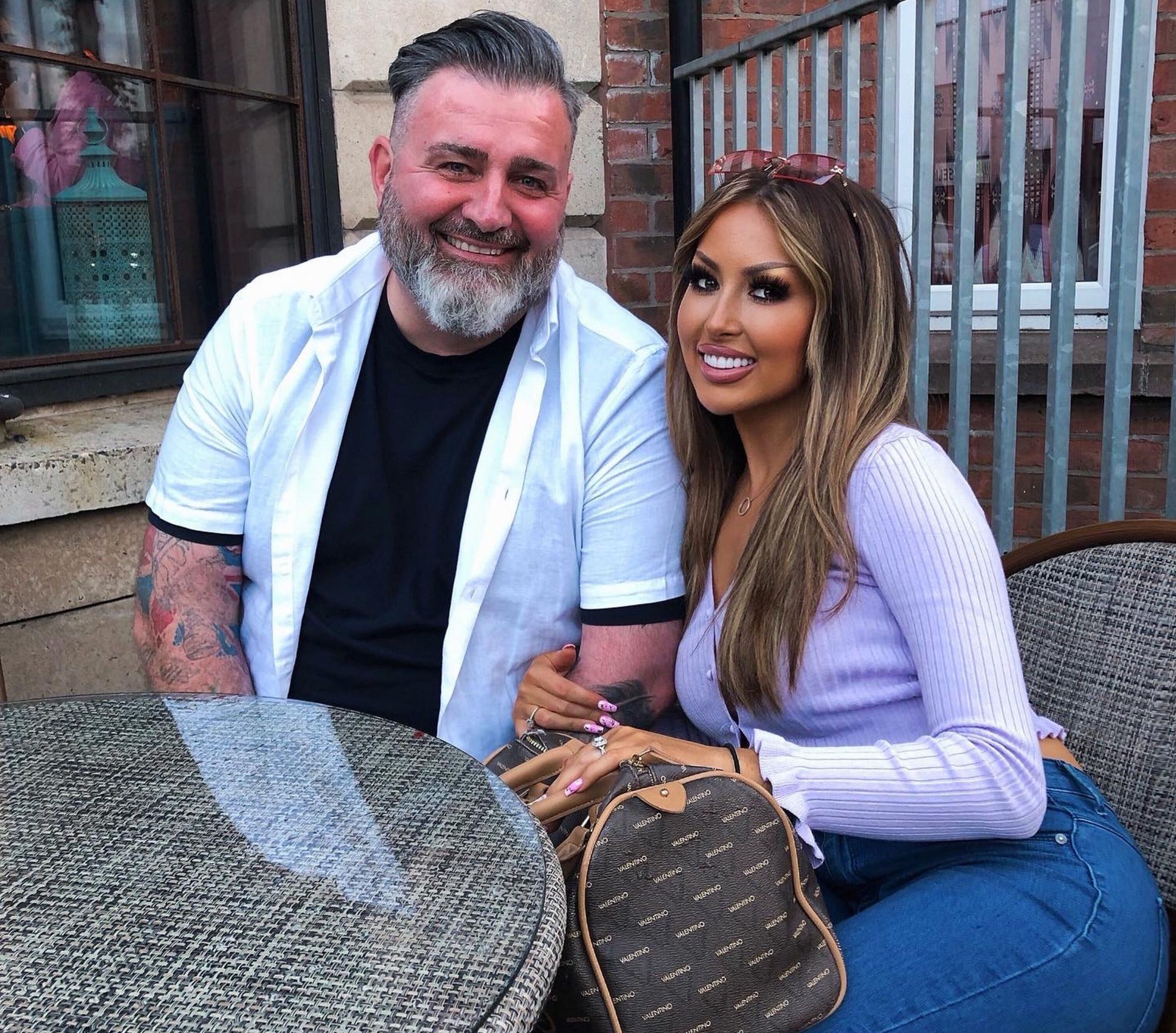 A couple with a 20-year age gap have vowed to pack on the public displays of affection, after dealing with judgment and name-calling.

Taylor-Rae Hamilton, 29, and 48-year-old business owner John Falconer are regularly bombarded with negative comments online about their age difference – with some asking if he’s her grandad and accusing her of being a gold digger.

The duo also face being regularly stared at and whispered about when out in public together – with some audacious strangers even taking photos of them.

Despite the cruel jibes, however, beauty business owner Taylor-Rae claims that after ‘kissing a few toads’ she’s finally found her prince – who is the same age as her mum.

Just seven months after meeting through dating app Tinder, the loved-up couple are engaged and are due to get married next year, and Taylor-Rae wants to ‘normalise’ age gap relationships in the process.

Taylor-Rae, from Coleraine, County Londonderry, Northern Ireland, said: ‘People think a 20-year age gap is controversial but as for us it’s totally normal.

‘Some people make comments about me being a gold digger or child bride on social media.

‘When we’re out in public in person it’s more the looks, the whispers, the nudges, the photographs being taken. 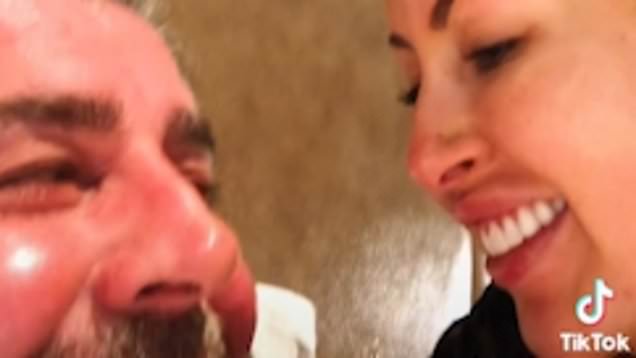 ‘I’m so tiny as well. I’m only 5ft 1 and also very petite body-wise and John’s just over 6ft so it makes me look even younger again.’

Taylor-Rae says she looks ‘like a little girl’ when she stands beside John, but ensures those staring know they’re together.

‘When I see people staring and taking pictures when we’re out I hug him even more, hold his hand even more and say “give me a kiss”,’ she says.

Thankfully John is able to laugh off any criticism, and when people assume he’s Taylor-Rae’s dad or granddad he replies: ‘I’m the one that pulled her’.

Taylor-Rae met dad-of-three John after swiping right on him on Tinder in September 2019, and it’s been a whirlwind ever since.

Taylor-Rae said that her mum Leesa Hamilton was delighted that her daughter had found someone who made her happy.

But the fashion fan conceded her 52-year-old dad Keith Hamilton was initially wary and concerned that John was only interested in flaunting her on his arm.

However Taylor-Rae says the pair are now ‘like two peas in a pod’ after John crafted a thoughtful text explaining his honest intentions, and that Keith ‘spoils him’.

Taylor-Rae said: ‘My mum and dad were young parents. My mum’s nearly a sister to me, she was fine about it.

‘I slowly broke it to my dad that John was a lot older than me and has experienced much more in life and he was a wee bit protective.

‘He didn’t want an older man taking advantage of me being a young, glamorous girl as some arm candy and showpiece.’

But Keith was simply worried that she may get her heart broken, and a text from John eased any tensions, and the way he treats Taylor-Rae convinced the father more.

And this year, John got down on one knee and proposed with a custom-made diamond ring, with Taylor-Rae saying: ‘During lockdown on one of our date nights he just dropped to his knee and asked me to marry him.

‘Of course I said yes, so got the ring on the finger, made all the phone calls – I was so ecstatic.’

The bride-to-be advises that people should ‘grab what makes you happy’ relationship-wise when it comes along and to ignore naysayers.

‘At the end of the day people are going to talk about you anyway regardless of what you do in life and they are the people that do not matter.

Rush Hour Crush – love (well, lust) is all around us

Tell us about your Rush Hour Crush by submitting them here, and you could see your message published on the site.