Hey, Upper East Siders — it looks like Twitter has unearthed an alternate intro to Gossip Girl, and it’s so hilarious even Bart Bass would have to laugh.

‘Gossip Girl’ Cast: Where Are They Now?

The video, soundtracked to “Glamorous” by Fergie, begins with the Gossip Girl logo that was actually used, but then runs through a series of shots where each of the actors pose and look directly into the camera like Real Housewives. A few of them — Leighton Meester, Chace Crawford and Taylor Momsen — even break into giant, cheesy smiles. Blake Lively, who played Serena van der Woodsen, doesn’t grin, instead attempting a kind of “intimidating mean girl” look.

In a tweet posted on Monday, April 19, user @blairhumphry wrote, “HELP THIS WAS ALMOST THE OPENING CREDITS FOR GOSSIP GIRL.” TikTok caught up two days later, after @kimad21 shared a video of her reaction to the clip.

“Why does Chuck look like he’s supposed to be on Twilight,” asked one commenter of Ed Westwick’s slouchy look. “Jenny really did that Hannah Montana intro turn,” added another. As several users pointed out, the video also includes a misspelling of Crawford’s first name: “Chase” instead of “Chace.”

For the real intro, show creators went with a 10-second clip that didn’t feature any names or actors, instead settling on a narration by Kristen Bell who famously ended with, “You know you love me. XOXO, Gossip Girl.” 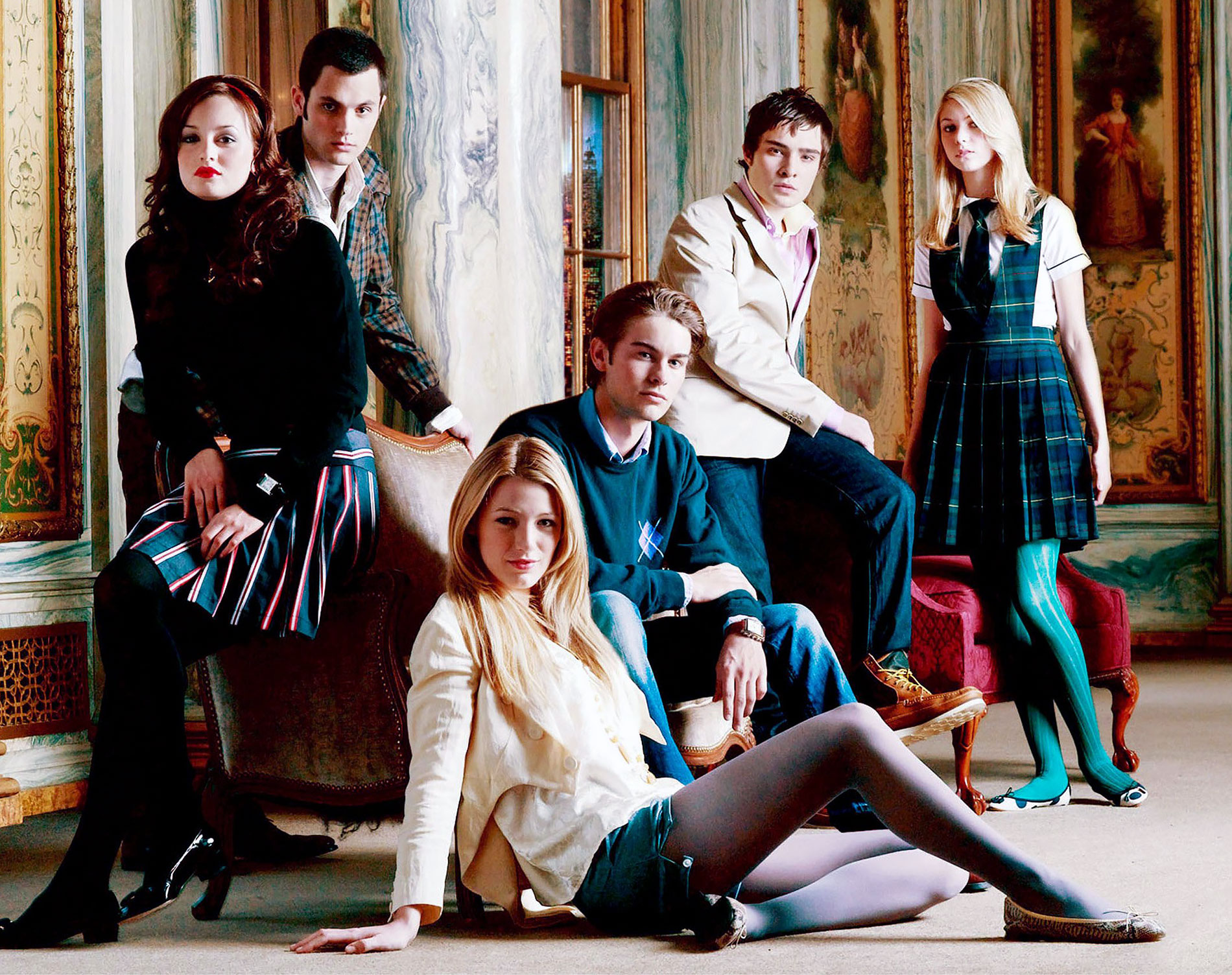 The song “Glamorous,” however, did feature in the show later on, though not in the opening credits. In the third episode of season 1, Jenny and the school choir sang an a cappella version of the track over a montage of various characters prepping for a school visit from college representatives.

It remains to be seen what kind of intro will end up on the HBO Max reboot of the show, set to debut later this year, but some fans hope it’ll be more like the soapy clip unearthed by social media than the minimalist one used from the show’s original 2007-2012 run.

Also titled Gossip Girl, the new series will follow a new set of private school students and is executive produced by the original show’s cocreators, Josh Schwartz and Stephanie Savage.

Showrunner Joshua Safran has said that the show will take place in the same universe as the original but pick up in the present day. He has also promised that the cast and characters will be more inclusive.

“This time around the leads are nonwhite,” he said at the Vulture Festival in November 2019. “There’s a lot of queer content on this show. It is very much dealing with the way the world looks now, where wealth and privilege come from, and how you handle that.”

Dietitian reveals what your food cravings are REALLY telling you