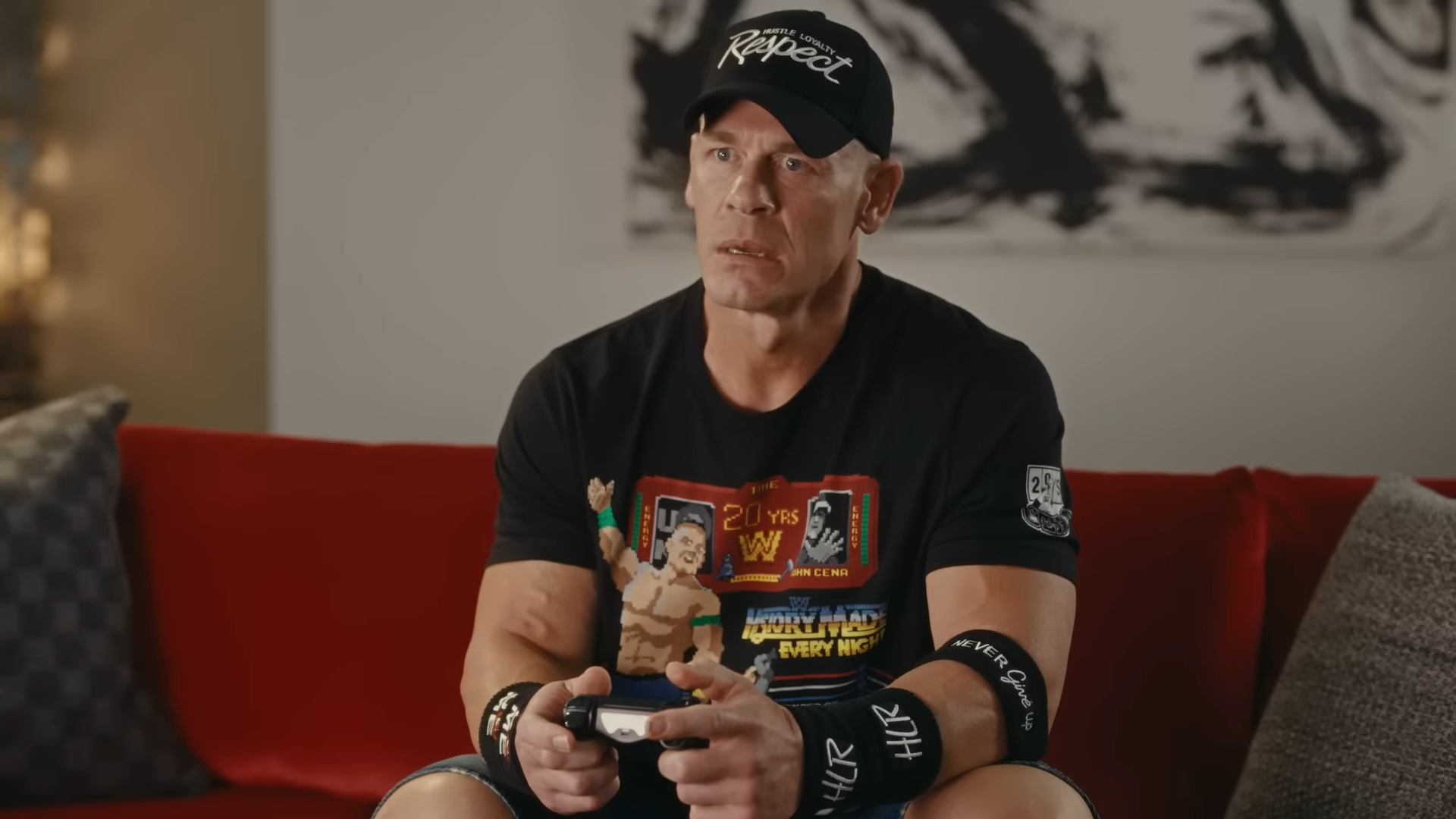 2K has officially revealed details for WWE 2K23, including new gameplay modes like the long-demanded WarGames.

There was already chatter of 2K and Visual Concept’s next WWE video game being revealed at the Royal Rumble this Saturday, and it only seemed more likely when the box art and release date leaked.

Perhaps in response to the leak, 2K’s decided to break the news today, confirming John Cena as WWE 2K23’s cover star and the March 17 release date.

However, it also has some new gameplay and pre-order details to share. Plus, while there’s no gameplay trailer yet, fans will get a first glimpse tonight during Monday Night Raw.

The show regularly airs on Monday nights at 8pm ET, which is 1am the following Tuesday for us in the UK, so be prepared to stay up late if you want to catch a look at the gameplay at the first available opportunity.

Cena’s cover star status coincides with his 20th anniversary as a WWE Superstar. As such, he’ll be the star of this game’s iteration of the 2K Showcase single-player mode.

However, rather than play through Cena’s most historic matches as the man himself, you instead take control of his opponents. It’s an interesting subversion, although it’s a bit weird that a mode meant to celebrate Cena’s history will see him constantly being beaten up.

Perhaps the bigger addition, though, is the new WarGames mode. WarGames is a special type of wrestling match where two teams fight inside of a giant steel cage that encompasses two rings.

It’s apparently something fans have wanted in the WWE games for a while, and Visual Concepts has finally delivered, with the mode offering 3v3 and 4v4 multiplayer.

WWE 2K23 sounds like it’ll be jam-packed, as it’ll also bring back the MyGM, MyFaction, and MyRise modes plus the creation suite that lets you come up with your wrestlers, arenas, move sets, and more.

The last major addition is a sandbox mode titled WWE Universe, which puts you in charge of the WWE itself, meaning it’s up to you to form the rosters, weekly shows, and such.

The least surprising part of the whole announcement is that there’ll be four different versions of the game to choose from. The standard edition comes with just the game and costs £59.99 on PlayStation 4 and Xbox One and £69.99 on PlayStation 5, Xbox Series X/S, and PC.

There’s a cross-gen edition on both PlayStation and Xbox that bundles the last and current gen versions together for £64.99, but it’s only available digitally.

The deluxe edition, meanwhile, is £89.99 and includes three-day early access, the season pass (which promises more playable characters), and items for the MyFaction mode.

Lastly, there’s the Icon edition at £104.99. It includes everything from the deluxe edition plus even more MyFaction items and the Ruthless Aggression Pack, which contains the Wrestlemania 22 arena and ‘throwback’ versions of wrestlers like John Cena and Dave Bautista.

Buying either the deluxe or Icon edition also nets you rapper Bad Bunny as a playable wrestler. You can get him as part of the standard edition, but only if you pre-order it.

This may seem like a random inclusion but Bad Bunny has dabbled in wrestling before and it’s been hinted that he’ll return to the ring in 2023.

There are no doubt high expectations for WWE 2K23. Let’s not forget that the series took a hiatus after the dismal WWE 2K20 but last year’s WWE 2K22 wound up being worth the wait. So that means that now 2K and Visual Concepts need to prove that that game’s quality wasn’t just a one-off.