A vice chairman of the Whitney Museum of American Art stepped down on Thursday after months of protests over his company’s sale of tear gas, culminating in the withdrawal of eight artists last week from the prestigious Whitney Biennial exhibition.

“The targeted campaign of attacks against me and my company that has been waged these past several months has threatened to undermine the important work of the Whitney,” said the vice chairman, Warren B. Kanders, in his resignation letter to the board. “I joined this board to help the museum prosper. I do not wish to play a role, however inadvertent, in its demise.”

Mr. Kanders owns Safariland, a Jacksonville, Fla.-based manufacturer of law enforcement and military supplies including bulletproof vests, bomb-defusing robots, gun holsters and tear gas. Protesters had demanded Mr. Kanders’s resignation, or removal from the board, after reports that Safariland’s tear-gas grenades had been used against migrants at the United States-Mexico border and elsewhere during protests.

The controversy thrust the museum into the political arguments roiling the country, and came at a time of increasing scrutiny of where cultural institutions get their money. Mr. Kanders’s departure could embolden other protest movements that have demanded, with some success, that museums part ways with major donors or trustees.

The Metropolitan Museum of Art and other museums have said they would stop accepting gifts from members of the Sackler family associated with the maker of OxyContin, after allegations that the company deliberately concealed its addictive potential. Museums in Britain have faced pressure to cut ties with the oil company BP, which has been accused of contributing to the climate crisis. Last year, scientists, academics and curators called on Rebekah Mercer to resign from the board of the American Museum of Natural History, given her support of conservative groups that deny climate science.

Mr. Kanders, 61, joined the Whitney board in 2006, has been on the executive committee for five years, and has donated more than $10 million to the museum. He and his wife, Allison, are avid art collectors, owning work by contemporary artists like Jeff Koons, Christopher Wool, Rudolf Stingel and Ed Ruscha. Ms. Kanders was co-chairwoman of the museum’s painting and sculpture committee; she resigned simultaneously with her husband.

A graduate of Choate Rosemary Hall, the elite Connecticut boarding school, and Brown University, Mr. Kanders began working in finance doing mergers and acquisitions at Morgan Stanley. He later struck out on his own, buying up a series of eyewear stores, lens and frame manufacturers that he eventually sold in 1996.

Mr. Kanders plowed some of his profits into a company called American Body Armor. After the Sept. 11, 2001, attacks, another business he had purchased, which made armor for vehicles, took off, and he continued investing in law enforcement and military products.

Pressure on the Whitney began last November, when more than 100 staff members signed a letter demanding that the museum respond to a report on the website Hyperallergic that linked Mr. Kanders to the tear gas fired by border protection agents into a crowd that included children. Adam D. Weinberg, the Whitney’s director, responded in a letter: “The Whitney is first and foremost a museum. It cannot right all the ills of an unjust world, nor is that its role. Yet, I contend that the Whitney has a critical and urgent part to play in making sure that unheard and unwanted voices are recognized.”

In December, one of the artists in the Biennial, Michael Rakowitz, pulled out of the exhibition to protest Mr. Kanders. Four months later, a group of critics, scholars and artists called for Mr. Kanders’s removal. Periodic demonstrations at the museum reached a climax at the official opening of the Biennial in May, as a giant tear gas sculpture was parked near the entrance and protesters marched to Mr. Kanders’s Greenwich Village townhouse.

Last week, four artists — including the MacArthur “genius grant” winner Nicole Eisenman — in a letter published by Artforum asked the Whitney to remove their work from the Biennial, which runs through Sept. 22; four more followed suit. Their work has not yet been removed, and more than 60 artists remain in the show, but the withdrawals created a tipping point for tensions already overshadowing the Whitney’s signature event.

Mr. Kanders, who has donated generously to various charities besides the Whitney, and to politicians from both major parties, had remained unmoved. Responding to the museum staff’s letter, he wrote in December, “I think it is clear that I am not the problem the authors of the letter seek to solve.” Safariland’s slogan is “Together, We Save Lives,” and Mr. Kanders has said repeatedly that there were many examples of police officers who were saved by his company’s products.

The Whitney had stood by its vice chairman since the fall — Mr. Kanders was unanimously reappointed vice chair just last month — but the situation began to flummox other trustees, according to people involved with board discussions who spoke on condition of anonymity so they could describe private conversations. Some felt Mr. Kanders should quit for the good of the museum; others worried that his doing so would embolden protesters to demand the resignation of other board members, including some who have also had business interests in industries that have been targeted by activists, like oil and gas companies and defense contractors. 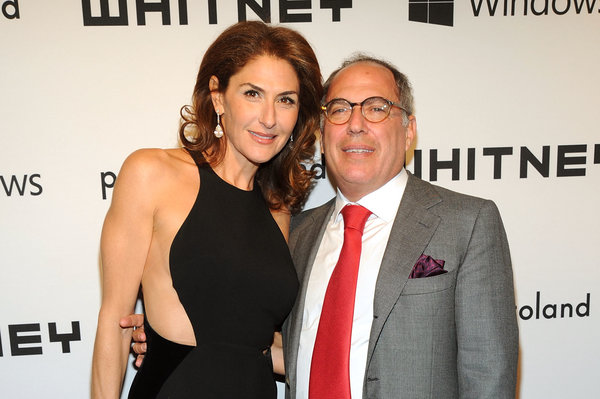 In his resignation letter, Mr. Kanders wrote, “The politicized and oftentimes toxic environment in which we find ourselves across all spheres of public discourse, including the art community, puts the work of this board in great jeopardy.”

Still unclear is whether Mr. Kanders was ultimately pressured by the Whitney to step down. His resignation letter suggested that he was not parting on the best of terms. “I hope you assume the responsibility that your position bestows upon you,” he wrote, “and find the leadership to maintain the integrity of this museum.” 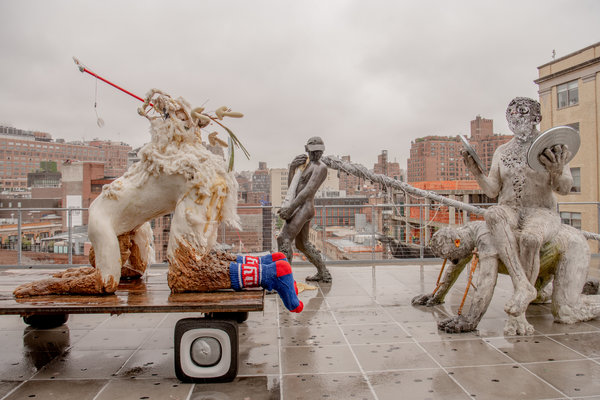 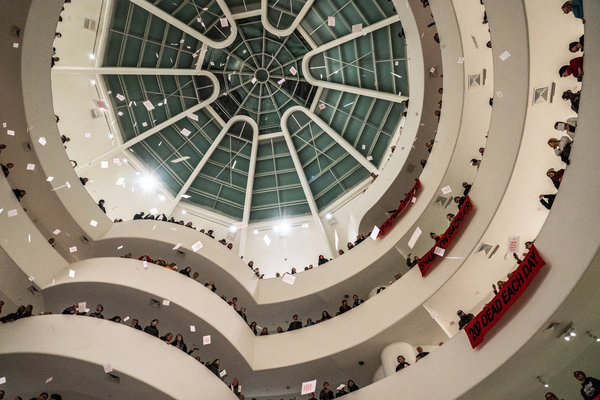 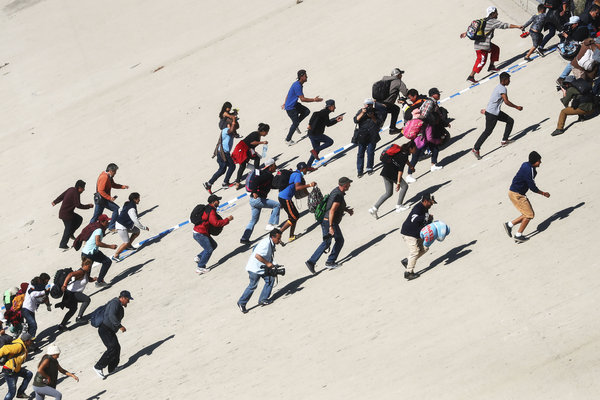 Elizabeth Harris is a culture reporter. A Times reporter since 2009, she has covered education, retail companies for the business section, real estate and New York politics. @Liz_A_Harris